Outgoing Daily Show with Jon Stewart correspondent Samantha Bee says she welcomed the chance to get behind a desk again for the Montreal-shot teen show Game On.

It helped that she'd be working with another comic named Jon – this time Mr. D and Trailer Park Boys regular Jonathan Torrens. They appear as a pair of play-by-play announcers providing running commentary for the awkward foibles of a 14-year-old boy.

"The actual fact is I really wanted to work with Jonathan. I really am such a big fan of him, I really have admired him for a long time," the Toronto-bred Bee says of returning north of the border.

"When the job came up, he reached out to me a little bit, and then I was like, 'Is it okay for me to say that I just really want to work with you?'"

The live-action YTV series centres on the growing pains of average teen Toby Martin, played by Grayson Gurnsey, but seen through the eyes of fake sports anchors Geri and Bob, played by Bee and Torrens.

Torrens says he and Bee connected immediately, bonding over mutual struggles to balance work and family life in a business that often doesn't allow for it.

And although most of the episodes are scripted, he says the duo did get to riff at the end of each act, allowing for a secondary tale to unfold.

"The original notion was for a couple of male sportscasters, and the thing that a man and a woman allows is you can suggest a backstory that's a little different," says Torrens, who starts shooting the 10th season of Trailer Park Boys for Netflix on June 1 and the fifth season of Mr. D on June 22.

Anyone who's been a teenager "can relate to these challenging, mortifying, devastating, uplifting moments that happen between 12 and 16," he says, recalling one of his more embarrassing experiences at 15, working at a fast-food restaurant.

On his first day, Torrens says the manager told him to take the French-fry rack across the street to the gas station "to get the wheels aligned." He didn't hesitate.

Not long afterwards, Torrens started working on Street Cents, the beloved CBC-TV teen series about advertising, media and money. That was followed by his teen talk show Jonovision, which Torrens says he still hears about from nostalgic fans.

"I'm proud of the fact that both Street Cents and Jonovision were hybrids in that they spoke to kids in terms they understood and they also used comedy as a way of getting a message across," he says.

"It's the same thing with Game On – it's kind of fun and full-circle to be back in the realm of children's television, especially as a parent now myself. And this is maybe the first thing I've done that my children can watch."

As for Bee, she is busy.

After taping her last episode on The Daily Show with Jon Stewart on April 30, she moves on to two big TBS projects with her husband, Jason Jones – a scripted comedy they've co-created starring Jones, and a new comedy show featuring Bee.

"It's definitely what you hope for," Bee says of her insane schedule, adding that she's excited about what's in store after spending 12 years with The Daily Show.The Canadian Press

J.K. Rowling miniseries The Casual Vacancy could use some magic
May 12, 2018 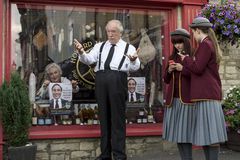 X-Files creator Chris Carter says reboot will reflect new truths out there
May 12, 2018 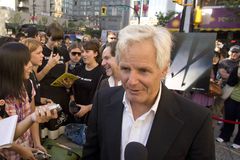 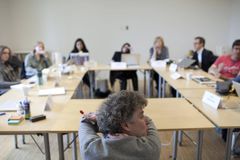