As it gears up for its 11th season, the once-brilliant Grey's Anatomy still manages to attract millions of viewers each week. But the prestige medical drama television has been waiting for is not Grey's, but Showtime's Masters of Sex, which began its second season on Sunday (TMN, 9 p.m.). Based on Thomas Maier's 2009 book about mid-century sex researchers Bill Masters and Virginia Johnson, Masters of Sex doesn't just throw sex in the middle of work. On this show, sex is the work.

It's kind of an ingenious move – a show about the science of sex. Slithery, pulsing sex scenes are so reliably studded through most cable dramas that they've become a familiar routine: dim lighting and heavy breathing, a glint of nipple here, a butt dimple there.

I like to think the real Masters and Johnson would have approved of the saturation of sex on TV. (Masters died in 2001, Johnson in 2013, just a couple months before the show premiered.) Over a boisterous, winking score, the opening credits to Masters of Sex reveal glimpses of everyday objects presented in a Freudian light – a pair of hands washing a cucumber, a coin deposited in a slot. Its message, and the show's, is that sex is everywhere, always. It's less a chocolate-frosted treat and more like a loaf of Wonder Bread – with the right ingredients and preparation, it can hit the spot, but really, it's just a ho-hum staple.

Season 1 introduced us to Masters and Johnson (Michael Sheen and Emmy-nominated Lizzy Caplan, an electric duo), who in reality met at Washington University in St. Louis in 1957, when Masters was looking for a research assistant for his study of human sexuality. By the end of the first episode, Bill had suggested that he and Virginia should undergo the study themselves – have sex in a lab connected to wires stuck all over their bodies like tentacles. By the end of the first season, he was knocking on her door in the pouring rain and declaring he couldn't live without her.

Masters of Sex has proved to be a patient seducer. It takes its time with characters I assumed would be tossed off after their initial storylines were through. The pilot episode introduces Betty DiMello (Annaleigh Ashford), a prostitute whom Bill repeatedly observes in flagrante before moving his studies into the hospital labs. But Betty keeps popping up in later episodes, and Ashford has been promoted to series regular for the coming season.

The tactic is similar to that of the fantastic Cold War spy series The Americans, whose poor, poor Martha, a CIA secretary played by Alison Wright, was introduced early on as a potential source of information for undercover Russian spy Phillip Jennings (Matthew Rhys). I had assumed Martha would be one of a string of lovers Phillip seduced in his spy work. Instead, he marries her, and their sham relationship – one she assumes is completely real – has become one of the show's most reliable sources of tension.

So it pays to deepen the characters you already have, even if that inevitably means showing a little ugliness. In Masters's second season, even Bill's saintly wife Libby (Caitlin FitzGerald) has a cringe-worthy scene with her new baby's nanny. A brilliant grouch, Bill is sour and distant to Libby, but a good man when he's wearing the white coat.

Bill may be cold, but he's not a prude. He wants the medical establishment to treat sex the same way it treats any other function of the body. The series suggests that there's no reason to get giggly and squeamish about sex, that it's an important, if neglected, aspect of health care.

What's more, Bill and Virginia aren't reduced to adolescent clichés just because they want to have sex with each other. At a moment when women's access to birth control is being challenged yet again, Masters of Sex is not only good TV – it's a good reminder that 50-odd years ago, these two remarkable scientists had no question that sex for its own sake wasn't just permissible, but healthy. Masters does cable TV a solid: It doesn't treat sex like a late-night snack that you'll feel guilty about in the morning. 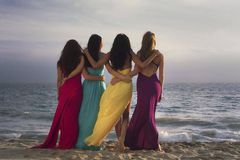 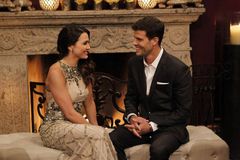