'This next sentence will be heinous, so brace yourself," my friend Charles said on Gchat last March: "Isn't normcore just a clothing manifestation of poptimism?" ("Okay just pretend I never typed that," he added, after a few seconds had passed. I was probably rinsing some fruit.)

"Normcore" was, at the time, the subject of a recent New York Magazine feature by Fiona Duncan, about a partly hypothetical trend wherein fashionable people opt for plain old utility jeans and comfy sneakers. "Poptimism" is an attitude in which chatty listeners show, or affect, the same respect for pop music that they would once have reserved for indie rock. It's basically a critical inversion of the old idea that obscure is better. (At least that's what I think. People have ardent views about what poptimism is and isn't, or was and wasn't, which they argue about because, with total sincerity, it's a joy and a pleasure to worry about things that are not things.)

My reply to Charles was, "Not quite," although both movements – not even movements, but attitude shifts, or not even attitude shifts but little foil-wrapped theories to suck on at work – are just riffs on the fact that taste, as we've traditionally understood it, is obsolete. In the 1990s, it actually mattered what you liked. Being into something meant seeking it out, and spending time with others who did the same. Now that the Internet has made everything available and rendered physical platforms pretty much useless, "it's not just what we like, but how we like it," writer and Canadian Art editor David Balzer says in his lucid new book, Curationism: How Curating Took Over the Art World and Everything Else, "a constellation of likes that, through social-media comments acting as didactic panels in an exhibition, paint what we hope is a complex picture."

That's what poptimism speaks to. But I would argue that "liking" matters less and less, and that's where normcore comes in. ("Normcore," by the way, is nowhere near as insipid as it seems in listicle form; you should read Duncan's essay, if you haven't.) Normcore is a pose – imagine being so interesting that you could wear sweatpants and still seem worth knowing – but it's also a conclusion we're only just shy of, in which garments say no more about you than your favourite bands do. The medium is irrelevant. What matters instead is a notion of who you are, and how strongly you're able to impress it, whatever the channel. What matters isn't taste, but sensibility.

Curationism provides a fast but deep account of the rise of the curator through the art world into popular culture (both normcore and poptimism are discussed). It is written, very deliberately, for a general audience. "Curation" is of course a buzzword, but its history is a great case study for where we're at: an abundance of stuff, with a scarcity of context.

From the 16th century onward, Balzer writes, the curator had a relatively simple role: He tended and arranged collections. Starting in the modernist era, the curator became a tender of knowledge as well, divining and connecting significant works, particularly as works began to proliferate. "In the 1960s and 1970s, the art world increasingly yearned for a figure to make sense of things, to act as advocate for an ever more obtuse, factionalist art scene," Balzer writes. "Too many artists, too many movements, too many works in too many shows, too much discussion: Who would parse them?" Here begins the curator's ascent.

With the rise of conceptualism, which "dematerialized" art works, refining them down to ideas, the curator became an agent of the arcane, an alchemist type who could make something out of nothing. From there, the curator went on to become a star in his own right, at times eclipsing the work he turned his attention to; we watched the eyes move without following the sightlines. In a 2010 "video portrait" of Hans-Ulrich Obrist, one of the art world's top curators, performance artist Marina Abramovic is shown "holding up a sign reading, THE CURATOR IS PRESENT/THE ARTIST IS ABSENT. She wears the clear-plastic-frame glasses that are Obrist's trademark, as if to suggest that, for the duration of this video, she is he, or he has somehow possessed her."

(On this idea of curator-as-spirit, consider the words of designer/creative director Telfar Clemens, interviewed by Duncan for Bad Day magazine. "Everything right now is becoming one stream of content. In the future, things are going to be a mix: music, fashion, movies, art. I think there's going to be a lot of slashes and everything's going to be marked by a hashtag. For my brand, I want everything I do to be recognizable, no matter what medium. Everything should be recognizable as Telfar. It's a concept and a brand. It's my name." The ultimate aim is to leave the body.)

The curator's job has been, among other things, to find the through line. She provides a practical function, telling us who to trust with our attention; moreover, she fulfills an emotional-psychological one, by making sense of a world overrun with entities and ideas. But once curators themselves proliferate, and the curators need curating, and the notion of "curation" becomes so romantic that dilettantes assume the pose until it's commonplace – then everyone and no one is a curator, and curation is everything and nothing, and nothing makes sense again. What happens when there are no more arbiters of taste, no rank of persons who, through instinct, experience and training, know best?

The notion is a little frightening at first, for various reasons. There's the anxiety of being lost in stuff, with no one to guide you through the stacks. There's the bummer of never getting to join the rank of persons who know best (less noble but no less real, as shown by the rise of curatorial-studies programs, which Balzer discusses). There's the fear that critical appraisal will die out altogether, and no one will care any more about context; then, with no one to guide us to and through difficult work, culture will become culture-porn and we'll all just be scratching our asses and laughing at memes.

The first two fears have substance, although neither is worth fretting too much about (still, fretting about them is more fun than fretting about climate change). The last is, clearly, more of a canard. Curationism is at best a humanism – an interest in other people, and in their interests, over the vagaries of taste. Anyway, taste has "become a very facile way of reading character," Balzer says over the phone. "I think that sensibility – at least what I'm assuming you mean by sensibility – could open up a much richer idea of what it means to understand somebody else." The curator's ascent is partly the effect of something sweet: Through the torrent of stuff, and beyond the hierarchies of taste and cultivation, we are really just looking for the sense of someone else. Someone whose forearm to clutch as we make our way through the crowd, or someone just to think about.

Maybe we reach the point where we choose our curators based on affinity, the way we choose our friends. Then the curator is no more exalted than the guy in the red overcoat we fixate on in the rush from one terminal gate to the next, or the recommendation wall at the video store. Something about them is, somehow, for us.

Book Review
Chris Turner’s How to Breathe Underwater is many things, including a coming-of-age story
November 7, 2014 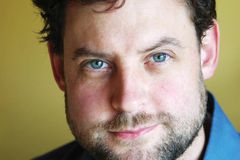 A host of new films show how the nature of media is changing at warp speed
November 6, 2014 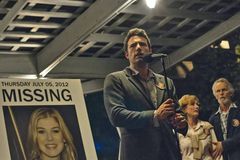 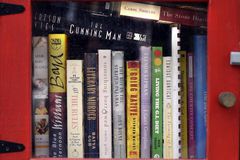