For the past four weeks, 10 highly skilled professionals, all of them recent immigrants to Canada, have been gathering at Artscape Youngplace in Toronto’s Trinity Bellwoods neighbourhood. The cohort hail from countries as varied as Afghanistan, Brazil, Nigeria and Vietnam. In their homelands, they were IT experts, engineers, psychologists and project managers. Their CVs include work for the United Nations, the royal court of Jordan and Hollywood’s DreamWorks studio.

And what have they been doing? Writing poems. Singing and dancing. Learning how to “remix and chill” from a hip-hop DJ.

They are participants in a project backed by the Luminato Festival, which aims to help them land a job in Canada commensurate with their skills.

Dabbling in the arts might seem like a strange way to do that. But these people are looking for more than advice on how to write an eye-catching cover letter. They want to plug into Canadian society and culture to better understand themselves and how they can fit into the country in which they’ve settled.

The project, run by the Laboratory for Artistic Intelligence, intends to do that by stimulating their imaginations and making them think more creatively. And who better to guide them than a bunch of artists?

For the project, dubbed Newcomer Innovations and Interventions, the group has been working with a team from an array of artistic disciplines, including performance artist lo bil, DJ and music archivist Mark Campbell, storyteller Sharada Eswar and visual artist Nava Waxman. Leading the team is the laboratory’s dynamic founder, Dora Award-nominated theatre designer Helen Yung.

“We propose that art knows a lot about adaptation,” Yung writes on her lab’s website, “and that conventional settlement strategies need reinvention led by artistic inquiry and creative wisdom.”

In an e-mail to The Globe and Mail, she’s more direct. When it comes to helping newcomers, she says, “we are doing a bloody bad job of it.” Clearly, when immigrants who were professionals in their home countries are driving taxis or working behind the counter at Tim Hortons, something is awry. “There is a great waste of human potential,” Yung says.

Gopinathan Chinnaraju agrees. He’s the man with DreamWorks on his résumé. A senior project manager for more than 15 years, he helped the company set up an animation studio in his native India. But since immigrating to Canada in January, he’s been unable to find work.

“For a professional who has competence and experience, there must be other ways of getting integrated here in Canada, not just looking at taking a survival job,” says Chinnaraju, a cheerful man in a pink shirt, sitting in one of Luminato’s meeting rooms. That’s why, when he saw the posting for the Artistic Intelligence project, he was quick to apply. “It has given me an opportunity to meet with other newcomers and share insight into the challenges one has to go through.”

Seated next to him for this interview is a fellow participant, Maikel Carrion, a social psychologist specializing in data analytics. A Venezuelan with a black beard and a professorial air, he says the unusual posting also drew him in. “I’ve worked precisely on intelligence and reasoning, it’s the kind of field that I love,” he says. “When I saw the ad, I was completely intrigued by the term ‘artistic intelligence.’”

Still, he, Chinnaraju and the others weren’t quite ready for the lack of formal structure or the self-discovery that the arts-driven project encourages.

“Since Day 1, it’s been very unpredictable,” says Lana Tabba, a marketing and communications specialist from Jordan. “We’ve been doing creative things that I’ve never done before, or even thought that I would be doing – like performing, singing. There’s this self-exploration that makes you [open up]. The newcomer comes [to Canada] and there are so many barriers, you tend to lock yourself up. The activities we’ve done here unleash your power.”

The immigrants participating in the project were hired out of 100 applicants and are being paid thanks to an $80,000 grant from the Canada Council for the Arts. The tangible value of the project is that it will provide the participants with Canadian employment experience, making them more attractive to recruiters.

But they’ll have more than that to show at the end of it. Although the project at first appears amorphous, Yung says that was just to shake people loose from the organizational mindset they’ve been accustomed to as professionals. In fact, they’ll be contributing to an exhibition, to be presented as part of the 2020 edition of the Luminato Festival in June. Yung is providing the framework, a critique of the settlement process, while the participants will be working with the other artists on various elements such as a soundscape, a performance art piece and a photography display.

Yung, the Canadian-born daughter of a refugee mother, has long been sensitive to the immigrant experience. This current project grew out of her past involvement with a Luminato outreach program for new Canadians, in which she helped train them as volunteers for the festival.

Naomi Campbell, Luminato’s artistic director, says when Yung pitched the laboratory idea, she was keen to help make it happen. “This is the kind of work that we should be doing as an organization in Toronto,” she says. “We want to engage more profoundly with newcomer communities, both in terms of audience development in the long run, but also more immediately in terms of giving back.” The festival is providing space at its headquarters in Artscape Youngplace, as well as logistical support.

Before the current project, Yung tested the format with a pilot program in 2016. Developed in partnership with the CultureLink agency, it involved six participants over six weeks. Yung says at least half of those involved went on to be employed full time in their professional fields within six months of finishing the program.

She’s hoping for similar success this time. It would help fuel her drive to get policy makers to consider better ways of integrating immigrants into society. She says trying to resettle in a new country shouldn’t be traumatic, but transformative.

The project’s participants are already getting a taste of that. “All these artistic practices have allowed us to reconnect with a lot of emotions that we’ve blocked because we needed to be focused on the task of getting a job,” says Carrion, the psychologist. “It gives you a different perspective on how to attack this problem.”

Tabba, the marketing guru, has been enthusiastically pitching it to her friends. “It’s benefited me so much that I would like to see it grow and help more people,” she says. 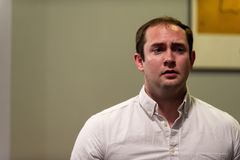 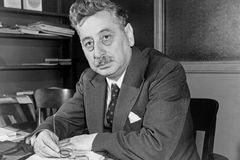 In her shoes, after she got on her feet: In The Shoe Project workshops, women write about their immigration to Canada
November 14, 2019 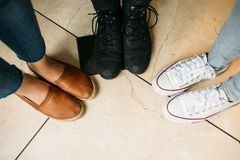