A play set against the backdrop of the case of an Ontario nurse who killed eight elderly patients has drawn polarized reactions from some of the victims’ family members.

A theatre in Blyth, Ont., north of London, is staging a show next month that dramatizes the fallout of the murders committed by Elizabeth Wettlaufer.

Wettlaufer is serving a life sentence after confessing to killing eight patients with insulin overdoses and attempting to kill four others at long-term care facilities and private homes in Ontario for about a decade.

Blyth Festival Theatre artistic director Gil Garratt, who co-wrote the play with Kelly McIntosh, said “In the Wake of Wettlaufer” will not portray the serial killer or her crimes.

Rather, Garratt said the production seeks to explore the impact of a case that “irrevocably changed” communities within southwestern Ontario, and raised questions about gaps in long-term care of seniors more broadly.

“We bear a responsibility, as a community and as a society, for what we’ve allowed to occur here,” Garratt said.

The plot follows a group of siblings struggling to make a decision about how to best care for their aging father who has dementia. After the patriarch’s death, the family is sent reeling when it’s revealed that Wettlaufer worked at the long-term care facility they had put him in.

Eight relatives of Wettlaufer’s victims were consulted in the process of developing the show, Garratt said.

One of those family members, Daniel Silcox, said when he heard about the show, he was initially concerned that it would sensationalize the stories of victims like his father, 84-year-old James Silcox, who was murdered in 2007.

But after speaking to the playwrights, Daniel Silcox said it was clear they had done their homework on the case, and he was reassured by their sensitivity to the feelings of the victims’ families.

One of his requests was that the play be suffused with a message of hope about repairing the long-term care system so no one else has to suffer the loss his family has experienced.

Silcox and his sisters will be in the audience on the show’s opening night on Aug. 9.

Meanwhile, Susan Horvath said if her health allows, she’ll be outside the theatre picketing.

Although Garratt said another member of Arpad Horvath’s family is involved in the show, Susan Horvath said she was not approached to offer her input.

Many victims’ families are still grappling with the grief that resurfaced as part of the province’s public inquiry into the case, which is due to release a final report on July 31, and she said seeing Wettlaufer’s name “glamourized on stage” will only cause further pain.

“The victims aren’t even over this. We’re still in shock and it’s getting worse as time goes on,” she said.

When it comes to having an impact on how long-term care facilities are run, it’s the government that will make change happen, not a theatrical play, she added.

“It’s an opportunity for them to make money off the devastation of victims,” she said.

Garratt said the theatre has been working with Susan Horvath’s lawyer to assuage her concerns.

The Blyth Festival Theatre is not-for-profit, he said, suggesting the costs of the production will outweigh the potential box office.

He said the playwrights didn’t reach out to all the family members of victims out of respect for their privacy, and encouraged those who are “too affected” by the show to try to avoid it.

Garratt argued that the production’s proximity to the public inquiry only bolsters its relevance, allowing the play to engage in a conversation that Canada wouldn’t be having had Wettlaufer’s crimes not been exposed.

“Could we create a play about the Titanic without mentioning icebergs?” he said. “Elizabeth Wettlaufer’s crimes have really punched a hole in the public’s understanding of what long-term care is.”

The show’s four-week run will also be accompanied by special programming about its themes, including a talk by author Lawrence Hill on Aug. 28 about his mother’s medically assisted death. 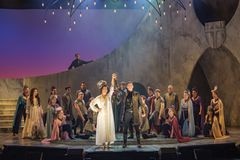 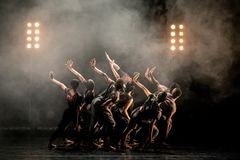 Sara Bareilles on her journey from singer-songwriter to Waitress, her Toronto-bound Broadway hit Subscriber content
July 3, 2019 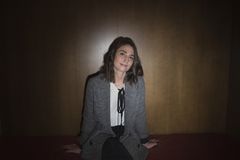