Can diversity sell a theatre season?

Factory Theatre's 2016-17 lineup is a groundbreaking one – its six plays are all written by playwrights of colour. That's a first for a company of its size and stature in Canada.

Anyone who believes that Toronto's publicly subsidized theatres should reflect the actual public, at a time when "visible minorities" constitute a majority of the city's population, will surely be supportive of artistic director Nina Lee Aquino's programming.

But will that support of the slyly named "Beyond the Great White North" season – which opens this week with a new, surreal, globe-spanning play called Acquiesce from David Yee – prompt theatre-goers to purchase a whole slate of shows even before the reviews or word-of-mouth come out?

A group of Canadian theatre artists – some affiliated with Factory; others simply supportive of it – are hoping it might. They launched an initiative earlier this month to encourage people to buy three- or five-show passes, then snap a pictures of themselves with the theatre's website and share it on social media.

While not exactly the ice-bucket challenge, the associated hashtag #SeasonSelfie has been popping up on my admittedly artist-dominated Twitter, Instagram and Facebook feeds with regularity for the past few weeks. "ur season full of playwrights of colour = my first ever season pass," went one representative tweet, from actor Daniel Williston, who recently played Don in Kinky Boots in Toronto.

Conversely, Toronto theatre companies that have programmed plays only by white Canadians – by accident rather than design, according the artistic directors in question – have been the subject of shaming hashtag campaigns.

A positive one was a pleasant change – so I was curious to find out how it started, and whether it has been effective.

Director Ravi Jain tells me the selfie idea came not from Factory but from a conference his theatre company, Why Not, hosted in August called This Gen. It brought together "diverse and dynamic" artistic leaders from across the country, as well as the U.S., the U.K., Nigeria and Turkey.

At the end of the conference, many of the Canadians in attendance ended up talking about how historic Factory Theatre's new season was – and wondered how they could support it.

"We thought: Wouldn't it be great to buy a Factory season and put our money where our mouth was?" recalls Jain, who directed a superlative, sold-out production of Salt-Water Moon at Factory Theatre last season, but whose upcoming next projects will be with Soulpepper and Mirvish Productions.

Adam Matheson, Marketing & Audience Development Manager at Factory Theatre, tells me he's linked the sales of about 85 passes to the #SeasonSelfie campaign to date. That's pretty good for a mid-sized theatre company, but not exactly evidence that the campaign has caught on with the broader, theatre-going public.

In a much-shared speech last year, Prime Minister Justin Trudeau said: "We know that Canada has succeeded – culturally, politically, economically – because of our diversity, not in spite of it."

But it's still not known whether greater diversity and inclusion are good for the bottom line in the arts.

In the global film industry, the financial case for diversity seems strong. A UCLA study of 63 movies released in 2014 found that, according to Variety, the median global sales of productions with a 41- to 50-per-cent non-white cast was $122-million, compared to $53-million for films with a non-white cast of less than 10 per cent.

Meanwhile, Broadway, the commercial heart of theatre in North America, has its one-show case study in Hamilton – the biggest hit in a generation and a musical that has diversity embedded into its aesthetic like few before.

As any stats head will tell you, however, correlation does not imply causation – and linking equity and economics can be a dangerous game. Consider all the agonizing over whether rebooting Ghostbusters with a female cast helped or hindered its box-office results. Even if that aspect of the movie's effect on ticket sales could be isolated, should it affect future artistic decisions?

It's in the not-for-profit world of theatre where a connection between diversity and box office can be tested most purely. Playwrights such as Yee, winner of 2015's Governor General's Award for Drama, along with Anusree Roy and Trey Anthony – who are all in the coming Factory season – each have their individual followings, but Factory can see if this collection of culturally and stylistically diverse writers is in itself appealing based on the sales of season passes.

Last season at Factory, the first under Aquino's solo artistic direction and its most diverse to date, was certainly a success on a show-by-show basis – with attendance more than doubling year over year. At the same time, however, sales of subscriptions actually went down.

Values such as diversity have always played a large role in why people buy subscriptions, of course. Subscribing, a tradition whose decline has made theatres more financially fragile and less likely to take risks, is about supporting a company through thick and thin due an over-arching vision – whether from an individual artistic director or curator, or a mission to mount "classics" or "new Canadian plays."

That's what's perhaps most intriguing about #SeasonSelfie. It takes an old idea and is marketing it to a new generation. Here's hoping it encourages more people, like Daniel Williston, to buy the first season pass of their life – to put their money where their hashtags are.

The fall-season theatre you cannot afford to miss
September 30, 2016 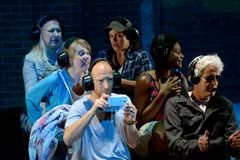 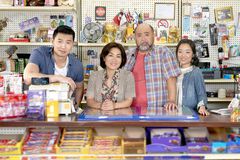 Theatre community deserves informed, honest critics
October 7, 2016
Follow J. Kelly Nestruck on Twitter @nestruck
Report an error Editorial code of conduct
Due to technical reasons, we have temporarily removed commenting from our articles. We hope to have this fixed soon. Thank you for your patience. If you are looking to give feedback on our new site, please send it along to feedback@globeandmail.com. If you want to write a letter to the editor, please forward to letters@globeandmail.com.
Comments