Director Atom Egoyan is trying to get a word in. Fast, long, flowing sentences are pouring forth from his wife, actress Arsinée Khanjian. She draws a breath; he jumps in. She resumes talking. He persists and wins the floor, adding another angle to her thought – until she picks up the conversation again and takes it in a new direction.

As they vie to speak their minds yet listen intently to each other's points, you could hardly imagine a pair of artists more cheerfully engaged with the ideas they are discussing, more enthusiastic about the project they are working on together – Cruel and Tender, an adaptation of Sophocles's Women of Trachis by contemporary British playwright Martin Crimp that is making its North American debut at Canadian Stage in Toronto next week.

There is a certain irony here: The long-married couple are happily mounting a tragedy about a jilted middle-aged wife whose attempt to win back her grotesquely erring husband goes horribly wrong.

"What I am finding very interesting is being inside it. I have only seen your work once finished; I have never attended any of your rehearsals," Khanjian says to Egoyan, as they sit together on a couch in a backstage office, both smartly dressed in black from head to toe. "In theatre," she elaborates, turning to an interviewer, "this is our first collaboration."

Khanjian often appears in her husband's films, having starred in everything from The Adjuster and Exotica to The Sweet Hereafter and Ararat, but Egoyan has directed in theatre only rarely, restricting himself to a few productions in Europe and the occasional opera (including his upcoming Salome for the Canadian Opera Company). Khanjian, meanwhile, often works in theatre, but this will be the first time Egoyan has directed her onstage.

In Cruel and Tender, she plays Amelia, the wife of a contemporary general busy fighting some war against terror in an unnamed African country. She is appalled when she discovers that the pretty young war orphan who arrives on her doorstep is both her husband's mistress and the real motive behind his campaign of destruction. Her attempt to win her husband back – Crimp's 2004 adaptation switched a centaur's treacherously poisoned arrow for a vial of a poisonous chemical – goes badly wrong.

"At first, you may think this is an absolutely modern woman struggling for her status in a society that is informed by men's power and status," Khanjian says. "But then you realize there is also a mythical part of Amelia that comes from the tragedy this play is based on … the notions of love, will, self-determination and destiny. This is a woman in the hands of destiny challenging that aspect of her life."

In the second half of the play, following the original Greek structure, Amelia has disappeared from the action and we see only the horribly disabled general, played at Canadian Stage by film and television actor Daniel Kash. "They are never onstage at the same time," Egoyan explains. "It's fascinating that one of the first plays ever to deal with a marriage presents them in such a radical form."

Both Crimp's script (and any production of it) have to walk the line between the contemporary world of jilted middle-aged wives and the war on terror, and the classical world of tragic heroes marching toward their destinies in a theatre tradition that never showed death onstage. When the general makes his final exit, going to face justice for his war crimes, he asks, "Are the gods watching?"

"It's a very moving moment," Khanjian says. "We know the gods don't exist in our reality, but the metaphor is concrete: Are the people watching? The billions and billions of people, because he is being filmed at that point [in the script.]It's not the gods, but the trashy magazines, or CNN."

Khanjian, meanwhile, has to struggle with the delivery of heightened language, such as that in a speech about a sharp spike that is buried close to Amelia's heart and which the character believes an airport X-ray will reveal: The actress has decided it's a metaphor for Amelia's unavoidable destiny that she also wants the world to witness.

Egoyan's approach, they both agree, is to pin these classical characters in a contemporary psychological reality. "Our work has been quite specific – what it is a person is referring to, why it is that person is telling that story at that particular time, what it is they are hoping to get out of telling that story," Egoyan says, describing himself as a traditionalist when it comes to rooting lines in clear motivations.

The play opens, for example, with Amelia announcing that some women believe all men are rapists. Egoyan figures it can't be a bald pronouncement but must be part of some ongoing conversation between the general's wife and her housekeeper, beautician and physiotherapist, who play Amelia's blackly comic Greek chorus in a tragedy shot through with dark humour. Over to Khanjian, then, to speak the line accordingly.

The couple clearly enjoy the process of dissecting the text, figuring out the characters' motivations, and staging the script in what remains Egoyan's intensely visual style: Khanjian points out that he routinely ignores Crimp's stage directions when he wants to create a certain tableau with his actors.

But best of all, they love actually working together, arguing that theatre is far more collaborative than film. "At a practical level, this is the first time we have ever gone to work together and gone back home together," says Egoyan, who has a teenage son with Khanjian. "That never happens on a film; our pick-up times are completely different and it's actually a huge disruption in terms of family life making a film, this insane world you have to devote yourself to for several months and then you struggle back to some normality or routine. This process of rehearsal is just lovely, to be able to drive to work and talk about the play, and then drive back and spend the evening together. It is far more conducive to maintaining a relationship."

"It's also the nature of theatre," Khanjian adds. "Theatre is a collective process; we are all 10 of us [in the cast]talking about the play. When you are doing a film, all the actors never sit and talk about the film. If I am not in a scene, I never go on-set; I can only talk about my own part.

"All of Atom's films that we have worked together on, both of us have always loved to talk about the ideas and the subject we are exploring, but the opportunity is not as good as now. These issues in the play are very pertinent in our awareness as a couple. We talk about these things when we read newspapers, but this time we can talk about it at home because we know at every moment where we have been that day with the play."

"It's really lovely," Egoyan repeats. Adultery, terror and vials of poison notwithstanding. 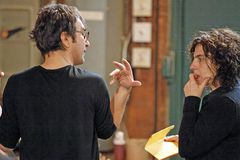 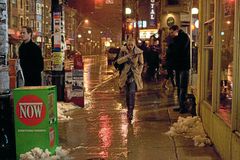 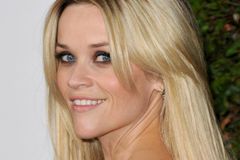