Vancouver-based Crystal Pite has a formidable reputation on the international dance scene – and for good reason. Her themes of substance are encased in stunning multimedia effects, and gilded by her composer of choice Owen Belton's haunting cinematic soundscapes. In taking on Shakespearean masterpiece The Tempest, Pite centres the dance on the nature of betrayal and forgiveness. Her clever motif is the silent movie, with projected text (by Shakespeare) explaining the narrative element. The Tempest Replica is one of Pite's more dancey shows and the choreography is impressive. Fluid, supple bodies execute intricately detailed movement patterns, often at lightning speed. From the dazzling sound and light show that begins the piece with the spirit Ariel creating the storm that will shipwreck Prospero's enemies on his magical island, to the disturbing epilogue with Prospero coping with his demons, The Tempest Replica is a brilliant fusion of movement, visual optics and music. Bluma Appel Theatre, May 7 through 11.

The Little Pear company began as a showcase for authentic Peking Opera 20 years ago. But under the helm of current artistic director Emily Cheung, it has transformed into a mainstream attraction that is true both to its Chinese identity and the Canadian dance milieu at large. Cheung's unique choreographic style includes aspects of Peking Opera, Russian ballet, modern dance, Chinese folk dance and elements of martial arts. Venom of Love is a full-length work based on the famous Chinese myth Legend of the White Snake, about the forbidden romance between a human (the scholar) and a demon (the woman). Cheung has given a feminist twist to the legend. In the original, the man defeats the demons, and the woman sacrifices herself for the man. Cheung tells the story from the demons' point of view, where a mortal man has to sacrifice himself for love. In her version, the demons aren't the bad guys. Fleck Dance Theatre, May 15 through 17.

Coleman Lemieux & Compagnie: The Man in Black and Looking for Elvis

Choreographer James Kudelka's The Man in Black, set to music by Johnny Cash, was first created for BalletMet Columbus in 2010. The National Ballet of Canada put it in the repertoire in 2011 where it was a runaway success. Now audiences will have a chance to see the piece at the intimate Citadel, where Kudelka is resident choreographer. The soundtrack includes covers of folk and rock songs by such artists as Ian Tyson and Gordon Lightfoot. The songs are mostly thoughtful or reflective ones about love and loss, which Kudelka transforms perfectly into movement using the metaphor of the line dance. Lemieux's companion piece was inspired by her visit to Graceland in 2012. She sees the work as both a tribute to Elvis Presley and a study of his life, particularly the place of artists in the public forum. For her, Elvis was a regular guy looking for happiness. The Citadel, May 21 through 31.

The Luminato Festival this year is a bonanza for dance fans. On one hand, there is the first appearance in Toronto in 30 years of Tanztheater Wuppertal Pina Bausch. The company is bringing one of the legendary German choreographer's greatest works. Kontakthof (1978) is set in a dingy dance hall where the battle of the sexes plays out amid joy and laughter, anger and tears. From the other side of the world comes Samoa-born, New Zealand-based Lemi Ponifasio. In just a few short years he has built up an international reputation as a visionary dance artist. Stones In Her Mouth is performed by 10 Maori women, and the piece courageously shows the plight of women through both protest and rage. Finally, from the home front there is Louise Lecavalier of Quebec whom many consider one of the greatest dancers in the country. So Blue is Lecavalier's dazzling break-out as a choreographer. The piece contains a fiendish solo for Lecavalier and a challenging duet for her and Frédéric Tavernini. The no-holds-barred movement depicts the forces within us that are beyond our control. Kontakthof, Bluma Appel Theatre, June 11 through 14. Stones In Her Mouth, MacMillan Theatre, June 12 through 14. So Blue, Fleck Dance Theatre, June 13 through 15.

In 2011, the National Ballet of Canada took a huge chance on commissioning a new Romeo and Juliet from Russian superstar choreographer Alexei Ratmansky, and thus, in effect, retiring the much-loved John Cranko version, which the company had been performing since 1964. It was a gamble that paid off because Ratmansky produced a sophisticated dance theatre piece that plumbs the depths of Sergei Prokofiev's iconic score. There is so much going on in terms of choreography that repeated viewings are needed to come to grips with Ratmansky's immense imagination. Everything about the ballet is larger than life, including designer Richard Hudson's imposing Renaissance set that dwarfs the dancers. As a choreographer, Ratmansky is brilliant at drawing character. He also understands how to highlight dramatic moments within the music. In short, he is the king of speed and danger. This is a Romeo and Juliet that builds in both excitement and pathos. Four Seasons Centre, June 20 through 22.

Ballerinas with tenacity and guts
April 15, 2014 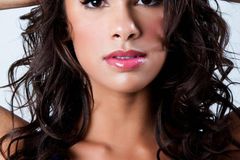 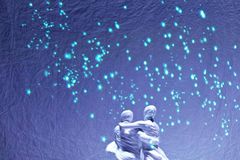 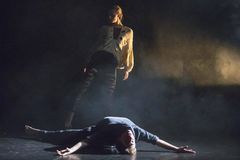 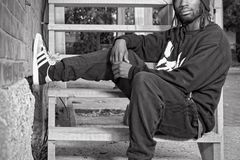 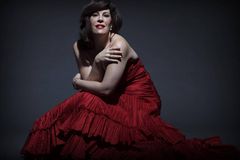 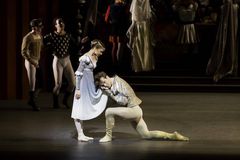 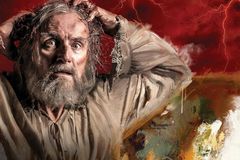