Toronto's inaugural Progress Festival opened last week with Marathon, an Israeli dance-theatre piece that's now touring to Ottawa and Vancouver as part of Canada's Spotlight on Israeli Culture. The piece, which purports to reveal "the wounds of contemporary Israeli society," features three white, Jewish performers running around in a circle and calling out platitudes about their respective struggles. I might be tempted to complain that Marathon offers an egregiously one-sided view of Israel's wounds, but I worry the complaint would be misleading – even the privileged perspective gets shallow treatment.

As the audience enters the auditorium, Gal Shamai, Merav Dagan and Ilya Domanov are pacing around in a large circle, each dressed in running gear with numbers fastened to their fronts. Every few minutes, they yell into their headsets and command one another to switch direction. As the house lights dim, they pick up speed and their commands become a sequence of symbolic words and accompanying gestures, all meant to evoke some baseline of everyday life in Israel.

This routine gives way to longer, autobiographical monologues, in which the performers touch upon some tropes of Israeli citizenship: Shamai grew up on a kibbutz, Dagan dodged military service by claiming to have an eating disorder, Domanov emigrated from Russia with his son. When Shamai questions the existential point of the marathon and stops running, Dagan calls him a deserter, Domanov launches into a tirade about missing Russian snow and the whole thing devolves into a muddle of singing, pacing and overlapping text.

All this is based on the device of having the performers run non-stop – they clear eight kilometres in the hour-long piece. If you have any doubts about how to interpret this probing metaphor for Israeli life, you need only listen to the performers' questions: "Why are we running?" "Who ran before us?" "Will we ever get a break?" Still, the script might be at its worst when it breaks from angst and aims at humour. At one point, Dagan goes off on a long non-sequitur about her lisp. The joke is that the bulk of her monologue is alliterative and, yes, most words begin with the letter "s."

Marathon could have been stronger with more structured choreography – and then letting that choreography do more work. Near the beginning of the piece, Dagan repeats a short sequence of technical movement, involving a deep chassée and a curving sideways kick. Even though it's all of a flash, we see real technical prowess and it suggests the phantom of a much more dance-based piece, in which movement could find the nuance and expressive depth that so eludes the text.

If it sounds as though Marathon is too unintelligent to be offensive, I'm not quite ready to let it off the hook. Sure, not every play about Israeli society need mention the two million Arabs who form a quarter of it (I'm not talking about the four million in the occupied territories) or the 60,000 African asylum-seekers who are denied work permits, refugee status and are often detained indefinitely. But a play that, according to the press material, explores "the depths of Israeli consciousness," and touches on land, security and the existential struggle to survive, makes a rather charged statement in what it chooses to omit.

Art is funny in the way that sidelined spectres have a knack for making themselves seen. It wasn't the performers shouting "Grenade!" or "RPG!" or "Evacuation!" that made me think of the people whom the script rendered invisible, but in the seemingly innocuous repetition of a Yiddish insult.

During the beginning sequence, the performers repeatedly call out "shiksa" and proceed to shield their eyes and look away from an imaginary non-Jewish woman. Typically, we hear shiksa and think, light-heartedly, of the uptown blondes of Philip Roth. But the actors' sharp defensive gesture, literally covering their eyes to prevent themselves from seeing, underscored the word's nasty racist connotations. I found myself thinking of the real shiksas of contemporary Israeli society – the Palestinians, Eritreans, Sudanese. Even if the slur is somehow meant to be ironic (which is a generous interpretation – it's worth noting that the audience actually laughed), it's short shrift in a play that seems keen on depriving these groups of a voice.

Marathon is a political play – it's about the culture of war and about participation in a militarized society. So it's a strange choice to spotlight in Canada in 2015 because it sends Canadians a disappointing message. Are Israelis concerned about the social, legal and institutional discrimination against Arab-Israelis? About the growing African refugee crisis? About the grievous situation in the occupied territories – the death tolls in Gaza and the expansion of West Bank settlements? Marathon would have us believe that they're too busy running around in circles, worried about themselves.

Marathon continues at the undercurrents festival in Ottawa (Feb. 17-18) and the Chutzpah Festival in Vancouver (Feb. 24-25). 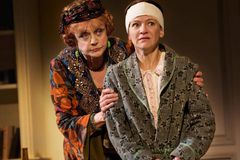 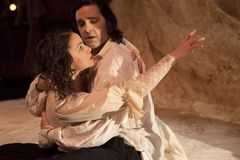 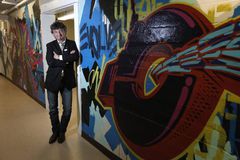