It's not unimportant that, on Tuesday night, a Canadian opera finally graced the stage of Toronto's Four Seasons Centre, the home of the Canadian Opera Company – the first Canadian COC production in 16 years.

What's more important, however, is that Barbara Monk Feldman's Pyramus and Thisbe was a ravishing, hypnotic work, a compelling journey into the meaning of time, the meaning of storytelling, a beautiful example of music's ability to peer deeply into the essence of things. In a sparsely staged but powerfully presented production, Pyramus lulled its opening-night audience into something of a minimalist trance, no small aesthetic feat.

Monk Feldman was inspired to write her opera upon coming across a baroque painting in Germany, Nicolas Poussin's Stormy Landscape with Pyramus and Thisbe. That was in 1983. The idea for the work germinated in her imagination for almost 25 years before she came to write the piece in earnest in 2008. But it wasn't the actual story of Pyramus and Thisbe (the mythological archetype for Shakespeare's Romeo and Juliet as well as Arthur Laurents's Tony and Maria in West Side Story) that captivated Monk Feldman. Poussin's painting inspired her to think about time, about the vagueness and ambiguity of relationships, about our connection with nature. Her opera doesn't tell the Pyramus story as much as reduce it to its skeletal essence, and rebuild on that structure a timeless symbolic story of love, inwardness and human strength. With texts chosen from William Faulkner, St. John of the Cross and Rainer Maria Rilke, and a subtle score made up almost entirely of quietly unfolding, shimmering orchestral colours, Monk Feldman created the framework for a mesmerizing piece of musical theatre.

It is a tribute to her interpreters that her spirit is translated so effectively on stage. Director Christopher Alden, often given to extravagant directorial flights of fancy, is here spare, symbolic and effective. His characters, and the chorus that is essential to Monk Feldman's piece, move in slow motion, stylized to match the wave-like peace of the orchestral score. In front of a set which moves across the stage, painted like a Mark Rothko canvas – another artist who creates powerful emotional responses from the simplest of means – with few props, Alden manages to encapsulate Monk Feldman's dreamy, ambiguous world perfectly.

As did, beautifully, the COC Orchestra under Johannes Debus. I heard Pyramus in rehearsal and initially, I felt, the orchestra was taking its time understanding the intricacies of Monk Feldman's score. It's not that the work is technically difficult – it's that all its seeming individual notes, clusters, tiny gestures and colours are not isolated moments, but all subtly interconnected. On Tuesday night, the orchestra had figured that out, and gave the score a reading that was balanced, open, beautifully coloured and, surprisingly, very Romantic in its overall sound, even Mahlerian in places.

Phillip Addis and Krisztina Szabo, as the two lovers, don't have that much to do on stage – that is, they don't sing that many notes – and yet have everything to do. They must rivet our attention as they work their way through the abstract and symbolic nature of the work. They were both superb. Addis charged his baritone voice with real passion and presented the almost choreographed movements of his character with great force. Szabo's mezzo voice is a burnished joy, able to cut through both a 20-odd person chorus and a full orchestra with clarity and beauty, and her presence on stage was luminous.

The night really belonged to Szabo, in a way, because Pyramus and Thisbe was not the only work presented in this creative COC program. To fill out an evening's worth of opera beyond Pyramus's 50-odd minutes, COC general director Alexander Neef decided to precede it with two 17th-century excerpts from the pen of Claudio Monteverdi, opera's founding father, using the same set, costumes, theatrical style and cast of Pyramus. It was a clever idea, creating constant sparks of recognition and correspondence between works written 400 years apart, from opera's beginning and present. And here, Krisztina Szabo shone with extra brilliance. Her 15-minute solo, The Lament of Ariadne, which opened the show, was a tour de force, zooming through a catalogue of emotions like a YouTube video on fast-forward. She and Addis both were powerful in the more dramatic Combat of Tancredi and Clorinda, which gave Owen McCausland, the evening's third performer, as The Combat's narrator and main voice, a chance to show his considerable dramatic skill and impressive vocal range.

In the end, pairing Barbara Monk Feldman with Monteverdi was exactly the tribute her piece deserved – a demonstration that we were witnessing her work not because it was Canadian, but because it belonged on a stage which presents opera's finest. No greater recognition is possible. 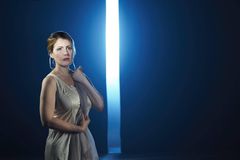 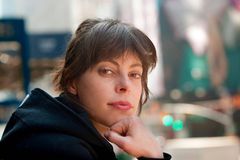 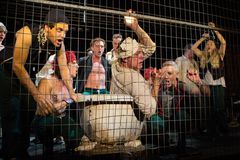