Canadian boards of directors seem to have a fascination with foreign chief executive officers. Canada is (largely) an open economy, one with pretenses to corporate greatness, so why not pick the best and the brightest from the United States, Europe and elsewhere? Load them up with fat salaries and share option packages, and watch them create a Niagara of shareholder value. And a flag-waving Canadian business champion as a bonus.

Canada and a few other countries that worship at the altar of shareholder value, Britain among them, have bought into the cult of the globalist CEO – big time. But the cult is wearing thin.

Exhibit A is a certain Doug Suttles, a good ol’ boy from Texas who bounced around BP (the former British Petroleum) for a long while before landing at Encana in Calgary in 2013. Encana is one of Canada’s biggest natural gas producers and its roots go back to the formation of the Canadian Pacific Railway at the end of the 19th century. The company, whose name is a portmanteau of “energy” and “Canada,” was one of our proudest corporate sons.

Two problems. The first is that Mr. Suttles apparently developed a severe case of homesickness not long after he endured a couple of Calgary winters. In early 2018, he hit the road, choosing to work out of Denver, the home of Encana’s U.S. office. At that point, the Canadian arm in effect became a regional division, otherwise known as a branch plant.

The second problem was dubious acquisitions made by Mr. Suttles, including the US$5.5-billion purchase of Newfield Exploration, a Texas oil-and-gas company, in February. In the past year, Encana’s shares have lost 45 per cent, no mean feat when oil and gas prices have lost only 13 per cent and 21 per cent, respectively, over the same period. Under Mr. Suttles, Encana was becoming a value-shedding U.S. operation.

Last week, the transformation reached its natural conclusion when the company announced it was pulling up stakes and moving its headquarters south of the border. Gotta go, catch ya later, Calgary. Mr. Suttles spouted some PR-massaged boilerplate about the new, Americanized Encana – to be called Ovintiv, which sounds like a hygiene product – gaining exposure to “increasingly larger pools of investment in U.S. index funds … as well as better [aligning itself with] U.S. peers.”

And, of course, there would be no job losses in the rump Canadian operations (cue laugh track). Here’s betting that employees and shareholders are ruing the day that the feckless board of directors hired Captain America, and backed him even as both the shares and the Canadian head office withered away.

Exhibit B is John Thornton. He’s another American, a former president of Goldman Sachs, who was recruited by the late Peter Munk to restore the glory of Toronto’s Barrick Gold, the world’s top gold producer and the victim of atrocious project-cost overruns. Never mind that he had approximately zero mining experience and approximately zero interest in running the company from Canada. Palm Beach, Fla., would remain his residence.

In 2014, Mr. Thornton was named executive chairman and promptly eliminated the CEO’s role – he would be the boss. His fix-it plan didn’t quite work. The shares sank and, last autumn, he engineered what looked suspiciously like an emergency reverse takeover. Barrick bought African producer Randgold Resources and installed Randgold boss Mark Bristow, a South African, as the new CEO. Barrick’s head office was gutted and Mr. Bristow and his team have no intention of running the company from Toronto. Yes, the shares have climbed under Mr. Bristow’s rein, but Barrick has been hollowed out as a Canadian company.

The downfall in Canada of Encana and Barrick under foreign bosses is certainly not unusual. In 2006, Inco, then led by Scott Hand, a Californian, lost an epic, international takeover battle for his own company and its intended target, Falconbridge (Inco went to Brazil’s Vale, Falconbridge to Britain’s Xstrata, now Glencore). A year later, Alcan of Montreal, led by Oregon native Dick Evans, went to Rio Tinto, whose head offices are in London and Melbourne. Mr. Munk, the founder and former chairman of Barrick, decried the Alcan sale, arguing it should have been kept in Canadian hands and merged with other Canadian resource companies, creating a homegrown version of Rio Tinto or BHP Billiton.

In 2011, U.S. import Tom Kloet, then the CEO of TMX Group, owner of the Toronto Stock Exchange, agreed to a “merger of equals” with the London Stock Exchange, although the deal would really have been an LSE takeover. Canadians who knew Mr. Kloet said he never had much interest in keeping TMX Canadian.

The transatlantic deal fell apart, and Mr. Kloet eventually retreated back to the United States, becoming chairman of the Nasdaq Stock Market in 2016. The upshot is that Canada still has its own exchange, one tailored to Canada’s particular capital markets and listing needs. Were it a subsidiary of the LSE, it might, for instance, have missed out on the cannabis listings that have lit up the otherwise bland and tired Canadian listings (using, growing or selling cannabis is illegal in Britain).

It would be wrong and churlish to say Canadian companies should avoid foreign CEOs. Canada is a relatively small country and the local talent pool sometimes can’t produce the ideal candidates. But companies, especially big ones, should know that foreign CEOs’ hearts do not lie in Canada, and that’s to be expected. Building a Canadian corporate champion on Canadian soil is not necessarily their objective. So recruit carefully and beware the cult of the globalist CEO. 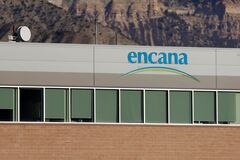 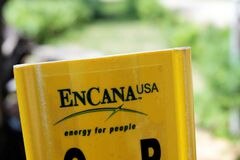 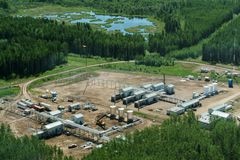