Canada’s largest banks didn’t just beat Bay Street’s expectations by wide margins in the first quarter – they beat their own predictions too.

Profits at the Big Six banks totalled $13.9-billion in the three months ending Jan. 31, rising above prepandemic levels. Massive government stimulus programs, roaring financial markets and clients leaning on banks to help them through the crisis have created an unusually opportune climate for banking, in spite of the damage the novel coronavirus has done to the global economy and public health.

On Thursday, CIBC and TD wrapped up the fiscal first-quarter earnings season with results that far surpassed analysts’ estimates, as profits increased 13 per cent and 10 per cent respectively year over year. That mirrored similarly robust performance reported by other major banks this week, fuelled in each case by very low loan losses, sky-high trading revenues, good returns from wealth management and steadying retail banking trends.

Bankers said on calls and in interviews this week that they didn’t expect to be doing so well at such an early stage in the broader economic recovery. Loan portfolios have had fewer problems than banks anticipated, especially after loan deferral programs expired. And key sources of revenue have rebounded more quickly than predicted as gross domestic product and employment rates recovered. Furthermore, the pandemic has made some essential businesses such as banks and telecommunications companies even more necessary to their clients.

“There are swaths of the economy that are continuing to operate and doing quite well, and I think the bank results reflect that,” TD chief financial officer Riaz Ahmed said in an interview.

Canada’s banks do everything from everyday banking to wealth management to sophisticated transactions for large corporations. That is by design: When one division struggles, another often picks up the slack. For instance, low interest rates have narrowed profit margins from loans. But corporate clients have taken advantage of low borrowing costs to raise funds or do deals, generating fees for investment bankers.

Two factors, in particular, have propelled banks back to booming profits after they fell sharply from February to April in the second quarter of last year, when lockdown measures brought much of the economy to a halt.

The first is a plunge in provisions for credit losses, which are funds set aside to cover potential losses from defaulting loans. Banks built up billions of dollars in extra reserves early in the crisis, which look a large bite out of quarterly profits. But those provisions fell sharply in the fiscal first quarter – by 66 per cent at TD, 44 per cent at BMO and 77 per cent at RBC – even compared with the first quarter of 2020, before the pandemic.

That was partly because huge government support programs for workers and businesses, as well as banks’ loan-deferral programs, have helped delay or prevent defaults and insolvencies.

So far, rates of delinquent loans are at their lowest levels in 15 years at RBC and TD. Bankers still expect write-offs to rise, peaking later this year or early in 2022, although it is unclear how large those losses may be.

“We don’t expect that we’re out of the woods yet,” Mr. Ahmed said.

The second major trend was a frenzy of activity in capital markets that generated soaring quarterly profits. Low interest rates, a wave of liquidity that central banks have pumped into markets and volatile stock prices have fuelled a boom in trading revenues. Bankers advising companies that raise debt, acquire rivals or go public have also reaped more fees.

Intentionally or not, governments and central banks have created “a very, very good environment for banks, with extremely low credit losses and a great opportunity to make money in financial markets,” TD Securities Inc. analyst Mario Mendonca said on a Wednesday conference call held by National Bank of Canada.

But banks may face a tough test when governments and central banks dial back that support and the “punch bowl gets taken away,” he said.

Not everything is going smoothly for banks. Demand for new loans has been sluggish, margins on those loans have been squeezed, and some fees have evaporated as consumers spend less.

But demand for mortgages has helped fill the gap, with balances rising 8 per cent at CIBC and 12 per cent at RBC year over year. And wealth management profits are spiking, up 37 per cent at Scotiabank and 23 per cent at BMO. Customers who suddenly have extra cash in deposit accounts have been seeking advice and hunting for investment opportunities, while rising stock markets have increased the assets banks manage for clients as well as the fees they earn.

“Every single bank beat and beat big, and broadly speaking we leave [the fiscal first-quarter] reporting season even more bullish on the outlook for all the banks that we cover,” said Meny Grauman, an analyst at Scotia Capital Inc. 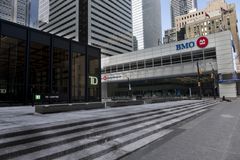 ‘Canada’s banks were built for this’: How Big Six shares roared back to pre-pandemic levels
Subscriber content
February 16, 2021 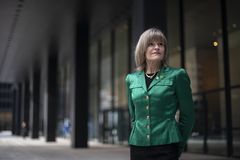