As Bombardier Inc. burned through cash from a struggling rail business and saw signs of a weakening private jet market, its board of directors came to a reluctant conclusion late last summer: The company was going to hit a wall if it didn’t take drastic action.

Alain Bellemare was trying to turn the company around. But nearly five years after he was named CEO, Bombardier remained heavily indebted despite selling a myriad of assets. It was still not making enough money from daily operations to cover expenses. If a major downturn came, its financial cushion could vanish. As bond repayments loomed, big customers continued to ask questions about the company’s viability. Directors did not see a path forward for the Canadian multinational short of a major asset sale, according to information obtained by The Globe and Mail.

The company’s fundamental problem was an excessively weak balance sheet trying to support two capital-intensive businesses, said one person close to situation. It was never going to work, the source said. The Globe is not identifying the person and others who spoke for this story because they were not authorized to speak publicly.

Bombardier soon launched a strategic review and started weighing the options for both its train and plane businesses. There were serious back-and-forth talks with U.S. aerospace giant Textron Inc. that yielded a firm offer and discussions with Japan’s Hitachi Ltd., two sources said. Bombardier also turned to France’s Alstom SA seeking a deal, entering into several weeks of negotiations that derailed several times.

Alstom officials disagreed with Bombardier on what its trains business was worth. And there were other hitches to a deal, too, such as allegations by the World Bank that Bombardier allegedly used corruption and collusion to win a contract in Azerbaijan, one of the sources said.

In the end, Alstom decided it might not get this chance to bulk up again. And Bombardier cemented its hoped-for fix. After a decades-long expansion building one of the world’s largest aerospace and train businesses, the Montreal-based company is now shrinking by half.

Under a deal announced Monday, Bombardier will sell its rail business, known as Bombardier Transportation (BT), to Alstom for about €7.5-billion (US$8.2-billion) including debt.

Bombardier said that its net proceeds from the sale, after adjusting for certain liabilities, such as pension obligations and paying the Caisse de dépôt et placement du Québec for its equity position in BT, will be US$4.2-billion to US$4.5-billion. Some US$550-million of that will be paid to Bombardier in Alstom shares.

This one deal will allow Bombardier to slash its US$9.3-billion debt by half. When added to proceeds from other asset sales still pending, the company calculates it will emerge with US$2.5-billion of net debt going forward.

“[This] is a transformation deal for Bombardier. It marks the end of our turnaround and the beginning of a new and bright chapter for the company,” Mr. Bellemare said on a call with investors. “It really changes the game for us.”

The wholesale retreat from building everything from high-speed trains in China to streetcars for Toronto means that Bombardier will exist only as a maker of private business jets. But BT isn’t giving up all of its Canadian roots: The Caisse, which owns 32.5 per cent of BT, has agreed to become a significant shareholder in the enlarged Alstom. That helped facilitate a deal because Alstom was wary of levering up its balance sheet, one source said.

Mr. Bellemare would not discuss the company’s backup plan if the Alstom tie-up fails to win regulatory approval, but he said the business jets unit is no longer for sale. Bombardier sees opportunities for both sales growth and profit margin expansion in that business, which sells planes under brand names Learjet, Challenger and Global Express.

Bombardier’s business jet unit employs 18,000 people and last year tallied revenue of US$7-billion. It faces enormous development costs as competition heats up with big-name rivals such as Gulfstream Aerospace and Dassault Aviation and analysts say Bombardier will have to spend big to refresh its Challenger models in particular.

Alstom is paying for Bombardier’s train unit through a mix of cash and new Alstom shares. The Caisse will sell its stake in BT to Alstom for about €2-billion (about US$2.2-billion) and invest the proceeds, plus an additional €700-million, for an 18-per-cent stake in the new Alstom, making it the French company’s single largest shareholder.

Caisse chief executive Charles Émond said the pension fund’s desire to invest in rail has increased over time. He said Alstom has proven over the past five years that it is a solid operator.

“It’s running like a Swiss clock,” Mr. Emond said of the company on which the Caisse now has two board seats. “We’re getting into an even stronger [corporate] entity in a sector for which we have a lot of conviction.”

Alstom, for its part, called the BT purchase a “step-change” acquisition. Alstom had been trying for some time to strike a big deal, in good part to compete with the new breed of Chinese train giants that are trying to crack the European and North American markets, where its presence is scant.

But its attempt to merge the train business of rival Siemens of Germany failed last year, when the European Union’s competition regulator, Margrethe Vestager, said the deal would make Alstom-Siemens overly dominant in high-speed trains and signalling.

In an interview, Alstom chairman and CEO Henri Poupart-Lafarge, 50, said he expected an easier ride with European regulators this time around.

“The deal is well launched and I don’t see any significant obstacles," he told The Globe and Mail. "BT is relatively small in signalling and high-speed trains in Europe.”

The French government threw its support behind the Alstom-BT merger. “This deal will allow Alstom to prepare for the future, against the backdrop of increasingly intense international competition,” Finance Minister Bruno Le Maire said in a statement.

If the deal is completed, the new Alstom will have an order backlog of €75-billion and will nearly double its current annual revenue to €15.5-billion. With BT at its side, Alstom will be a big player in virtually every train-product market. 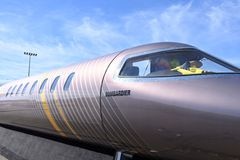 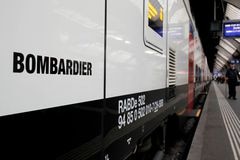 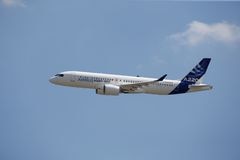