Twelve years after an Israeli billionaire secretly bribed Congolese officials to grease the wheels for his takeover of a Canadian-owned mine, its shareholders have finally won millions of dollars in compensation. But the ruling leaves nothing for an impoverished Congolese community that lost hundreds of potential jobs in the deal.

The development project in the Democratic Republic of the Congo, owned by Vancouver-based Africo Resources Ltd., was touted as potentially one of the world’s richest copper and cobalt mines, generating jobs and other local benefits such as water, health care and education.

Instead, according to U.S. court rulings, Israeli billionaire Dan Gertler bribed the Congolese officials and told them that the Canadian company must be “screwed and finished totally.” After a series of further deals, the project was mothballed and never built.

A federal judge in New York has now approved US$138-million in restitution to Africo’s shareholders. The money will be paid by a U.S. hedge fund, now known as Sculptor Capital Management Inc., whose investment in Mr. Gertler’s companies had helped finance the bribery.

“It’s a great victory,” said Tony Harwood, former CEO of Africo. “We were wronged. We were badly wronged.”

But at the mine site itself, the community will receive no compensation – even though the Congolese villagers have lost out on the mine’s future economic and social benefits, including training and medical services, Mr. Harwood said.

“This mine would have had a massive impact on the local people,” he told The Globe and Mail in an interview. “There’s no doubt that everybody lost out.”

The company’s shareholders have estimated that the mine could have been worth as much as US$1.4-billion if it had been developed.

Congolese anti-corruption groups welcomed the U.S. court ruling, but called for Congo’s justice system to conduct its own investigation of the case to ensure that Congolese victims are compensated.

The World Bank’s private-sector arm, the International Finance Corp. (IFC), was a major shareholder in Africo and could have used the court action to fulfill the World Bank’s anti-poverty mandate by seeking compensation for the Congolese community, according to British-based rights advocacy group RAID.

Many of the mining project’s social and economic benefits were a result of the company’s promises to IFC in exchange for its investment, RAID says.

But the group says IFC was largely uninvolved in the U.S. court action, after selling its shares to former Africo chairman Chris Theodoropoulos, who replaced Mr. Harwood as head of the company in 2009.

“Thousands of impoverished Congolese residents are missing from this case and will receive no compensation for their loss of social and economic benefits,” said RAID’s executive director, Anneke Van Woudenberg.

IFC did not respond to a request for comment for this story.

According to regulatory filings, Mr. Theodoropoulos, based in Vancouver, owned 1.6 million shares of Africo in 2014. He stands to be one of the biggest beneficiaries of the court-approved compensation.

John Tognetti, chairman of Vancouver-based Haywood Securities, was another big shareholder, with ownership of two million shares in Africo in 2009, according to filings.

Neither Mr. Theodoropoulos or Mr. Tognetti responded to The Globe and Mail’s requests for comment.

Mr. Harwood, who still owns about 76,000 shares in Africo, said the Canadian company had raised about $120-million for its plan to develop the promising Kalukundi project in Congo – until Mr. Gertler stepped in.

“We were going to build one of the richest copper cobalt mines in the world,” Mr. Harwood said. “We raised all the capital. We had the team. We were just ready to fly, and it was a great travesty and affected all our lives, our investments, our careers.”

Congo’s state-owned mining firm Gécamines jumped into the affair in 2007, disputing Africo’s ownership of the Kalukundi mining licence. This sparked a court battle that ended up in Congo’s supreme court.

“It was a traumatic period,” Mr. Harwood said. “We didn’t know exactly what was going on. We suspected there was corruption going on behind the scenes, because due legal process wasn’t being enacted.”

In 2008, a company controlled by Mr. Gertler offered to buy a majority stake in Africo. Mr. Harwood said he was wary of doing business with Mr. Gertler, who already had a “bit of a scary” reputation, but Africo’s shareholders eventually accepted the offer, in part because it would end the uncertainty over the court battle.

According to the U.S. court rulings, Mr. Gertler promised to pay a US$900,000 bribe to the Congolese court officials to ensure that the court case would be delayed until after the crucial vote by the Africo shareholders. “Africo must be screwed and finished totally,” he told an intermediary in a cellphone message.

In 2017, Mr. Gertler was sanctioned by the U.S. Treasury Department, which said he became wealthy through “hundreds of millions of dollars' worth of opaque and corrupt mining and oil deals” in the DRC.

“Gertler has used his close friendship with DRC President Joseph Kabila to act as a middleman for mining asset sales in the DRC, requiring some multinational companies to go through Gertler to do business with the Congolese state,” the department said.

Between 2010 and 2012, the DRC lost in excess of US$1.36-billion in revenue from the “underpricing of mining assets” that were sold to companies linked to Mr. Gertler, the department said.

Africo isn’t the only Canadian-listed mining company that paid a heavy price because of its dealings with Mr. Gertler.

Katanga admitted in a settlement agreement with the Canadian regulator that from about 2010 to 2017 it paid individuals and entities connected with Mr. Gertler to maintain relations with the DRC government, including a US$146-million payment to Africa Horizons Investment Ltd.

In 2017, Katanga, which traded on the Toronto Stock Exchange, took steps to end its relationship with Mr. Gertler. At the time of the sanctions by the OSC, Katanga was 86-per-cent owned by Anglo-Swiss metals and mining conglomerate Glencore PLC. Earlier this year, Glencore took Kantanga private. 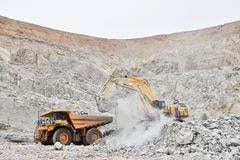 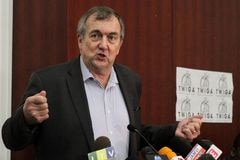 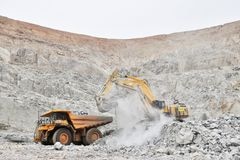 Follow Geoffrey York and Niall McGee on Twitter @geoffreyyork @niallcmcgee
Report an error Editorial code of conduct
Due to technical reasons, we have temporarily removed commenting from our articles. We hope to have this fixed soon. Thank you for your patience. If you are looking to give feedback on our new site, please send it along to feedback@globeandmail.com. If you want to write a letter to the editor, please forward to letters@globeandmail.com.
Comments