Canada’s dairy farmers are under pressure to stop using feed supplements containing palm fats, largely due to the environmental consequences of oil palm harvesting and production in Southeast Asia. But here’s the rub: Animal nutrition specialists say there are no substitutes.

The issue rocketed into the public consciousness last month after The Globe and Mail published a story by food writer Julie Van Rosendaal. She asserted that Canadian butter no longer softens properly at room temperature, a development she attributed to the increased use of palm fats in dairy cow feed.

The resulting fracas has been dubbed “Buttergate.” Those skeptical of Ms. Rosendaal’s theory, including Dairy Farmers of Canada, say there’s no evidence that butter’s consistency has changed, let alone a causal link to palm fat supplements. Nevertheless, in a statement, the organization asked dairy farmers “to consider alternatives.” Les Producteurs de lait du Québec went further, calling on its members to stop using them entirely.

Canada’s dairy farmers are only the latest in a long line of North American and European industries to learn how much damage the word “palm” can do to reputations. Yet palm fat supplements are deeply embedded in many farmers’ nutrition strategies, so eliminating them could prove painful. And the unintended consequences could be substantial.

Mysteries of the four stomachs

Animal nutrition experts told The Globe that palm fat supplements have been used in Canada’s cow feed for at least 20 years, as well as in the United States, the United Kingdom, New Zealand and Australia.

“It’s very common in the dairy industry to feed fat,” said Alan Fredeen, a professor of ruminant nutrition at Dalhousie University. “They buy a sack of it. It’s in a pellet form so it’s easily added to diets.”

They do so because it’s rich in palmitic acid, which supplies energy to cows to support lactation. There are at least a dozen brands of palm-derived supplements available in Canada, including Energy Booster, Jefo Dairy Fat and ADDiPALM. They’re marketed as significantly boosting the health of cows, as well as milk and butterfat production. (Despite the similar nomenclature, oil palm is by no means the sole source of palmitic acid – it just happens to be a particularly rich one.)

Melissa Dumont, the executive director of the Animal Nutrition Association of Canada, said farmers typically decide whether to use these supplements after consulting with nutritionists; considerations include the quality of available feed and current market demand.

“It’s probably about $2 per kilo,” said Daniel Lefebvre, the chief operating officer of Lactanet, an advisory group that helps dairy farms maximize production and profitability. “On a per-weight basis, it is a very expensive product.”

Just how many farmers use these supplements, how often and in what quantities is unclear. In 2018, Lactanet surveyed almost 1,600 farms in Quebec and found that 22 per cent of them were using palm-derived supplements. But experts said actual usage varies considerably from region to region and from year to year.

The palmitic acid in these supplements is a byproduct of the production of palm oil, the world’s most consumed edible oil – and probably its most controversial.

Owing to superior yields, lengthy shelf life and versatility, palm oil’s popularity has grown considerably over the past four decades. Oil palm fruit is cultivated in the humid tropics, along a narrow band near the equator. Indonesia and Malaysia have become the dominant producers, accounting for as much as 90 per cent of global output.

The most notorious consequence of its cultivation has been rampant deforestation.

A study from the World Resources Institute published in October found that, of seven major agricultural commodities associated with deforestation worldwide, oil palm had replaced 10.5 million hectares of forest between 2001 and 2015 – more than soy, cocoa, coffee, rubber and wood fibre and second only to cattle.

A significant portion of the land cleared for oil palm is burned, a practice that has led to monster wildfires in Indonesia – as well as an estimated 100,000 premature deaths due to poorer air quality in Southeast Asian countries. This deforestation destroys habitat for many species, some of them endangered. And oil palm plantations absorb far less carbon dioxide than the tropical rainforests destroyed to make way for them, thus contributing to climate change.

“In Europe, this is a very important matter and various governments have launched initiatives in order to reduce the dependency of local animal feed manufacturers/users on imported crops which are related to deforestation,” wrote Jane Tousco, the head of sustainable sourcing at Transitions, a Paris-based sustainable development consultancy, in an e-mail.

Governments in Canada seem to take a more hands-off approach. For example, ADDiCAN Inc., which markets ADDiPALM, has received federal support from multiple departments, including the Atlantic Canada Opportunities Agency and the National Research Council. Neither ACOA nor the NRC have policies that restrict support for companies that import palm-derived ingredients. (ADDiCAN, which also markets products that do not contain such ingredients, did not respond to inquiries or interview requests.)

Various voluntary sustainability standards exist to reduce palm oil’s impact, the most widespread being the Roundtable on Sustainable Palm Oil (RSPO). At least one Canadian importer is on board: Saint-Hyacinthe, Que.-based Jefo says it sources its palm-derived supplements exclusively from RSPO members. But vice-president Emilie Fontaine wrote in an e-mail that she did not know how common certified sources were among competitors, “as we don’t know who their suppliers are and do not share these kinds of proprietary information.”

Animal nutritionists told The Globe many dairy farmers would be hard-pressed to eliminate palm-derived supplements.

“There is no other product on the market that does the same thing as palm fat would do,” Ms. Dumont said.

It may seem logical to simply substitute fats from other oilseeds such as soy or canola – which, unlike oil palm, are grown in North America. But nutritionists say those ingredients inhibit a cow’s ability to digest fibre, so they’re out of the question.

Prof. Fredeen said that, in theory, rendering plants could produce stearic acid from offal as a substitute. But fears over bovine spongiform encephalopathy years ago led to broad restrictions on such products.

“A lot of rendered products are just banned completely in Canada,” he said. “So that’s really not an option.”

The lack of direct substitutes doesn’t mean dairy farmers can’t do without palm-derived supplements. Nutritionists told The Globe that farmers could tweak a host of variables in their feeding and cow-rearing practices – everything from herd size to barn design to feeding strategy.

But each one has limits. For example, farmers might choose to feed their cows more grain. But “when you feed too much grain to dairy cattle, that can create what’s called an acidosis in the cow’s rumen, which is an unhealthy situation,” Prof. Fredeen said.

The risk is that eliminating palm-derived supplements might result in less energy available to cows, particularly those in the early stages of lactation, thus lowering overall production. This might compel farmers to keep larger herds to produce the same amount of milk.

“So that has economic impacts, obviously, and environmental impacts as well,” Mr. Lefebvre said. 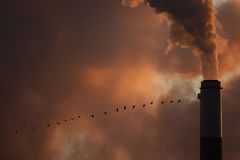 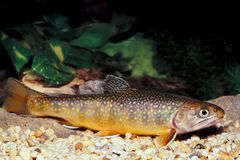 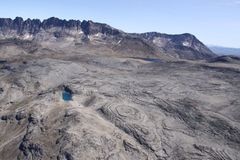