Canada will unveil an “ambitious” new emissions-reduction target on Thursday that exceeds its current pollution-reduction goals, as Prime Minister Justin Trudeau gathers virtually with world leaders for a two-day summit to put the brakes on climate change.

Monday’s budget revealed that the government believes its policies to date ensure Canada can cut emissions by 36 per cent below 2005 levels by 2050. That’s a significant jump from two years ago when Canada was not yet on track to meet its initial target of cutting emissions by 30 per cent in the same time frame.

But on Wednesday, Environment Minister Jonathan Wilkinson told The Globe and Mail that Canada would set a higher bar for emissions cuts at the summit convened by U.S. President Joe Biden.

“It’s realistic, but it’s going to be ambitious,” Mr. Wilkinson said. “We have a clear pathway to 36. But we’re nine years from the target. I think Canadians would look at us, if we said we’re done, they would say you’re crazy. There’s nine years left. This is an issue that needs more ambition.”

Mr. Trudeau is under added pressure after Europe and Britain both outlined targets much higher than Canada’s current goal ahead of the summit.

At a press briefing Wednesday, two senior officials in Mr. Biden’s administration said the point of the summit is to get the world on the path to limiting warming to as close to 1.5 degrees Celsius above pre-industrial levels as possible, with a ceiling of 2 degrees of warming. That was the international commitment struck in the Paris Agreement, but so far the world is on track to blow past it.

The Globe and Mail is not disclosing the names of the U.S. officials because they were not permitted to speak publicly on the matter.

Waiting to set stronger targets is not an option if countries hope to correct course and bend the trajectory of greenhouse-gas emissions and global warming, the officials said. They did not set specific expectations for new targets from world leaders, but said the European Union’s Wednesday agreement to legislate its target to cut emissions by 55 per cent below 1990 levels by 2030 is in line with what’s needed.

On Tuesday, the British government pledged to reduce that country’s emissions by 78 per cent by 2035 (compared with 1990 levels), and plans to enshrine the target into law by the end of June.

The officials pointed to climate modelling that shows by 2040 or 2050, it will be so hot in parts of the world that going outside will be fatal. Before the world sees those extremes, however, there will still be victims of climate change from heat stroke and an increase in infectious diseases moving from animals to humans.

The White House is expected to target a 50-per-cent cut to greenhouse-gas emissions by 2030 (below its 2005 levels), according to the Associated Press. Such a goal would nearly double the country’s previous commitment and require dramatic changes in the energy and transportation sectors. It would also match calls by U.S. scientists, environmental groups and business leaders who say the coming decade is a crucial, make-or-break moment for slowing climate change.

With key allies setting their targets much higher than Canada’s current goals, former U.S. vice-president Al Gore took to Twitter this week to urge Mr. Trudeau to commit to reducing emissions by at least 50 per cent by 2030. So too did former Irish president Mary Robinson and the U.S.-based Natural Resources Defence Council.

The Biden administration says this week’s summit will underscore the urgency and the economic benefits of stronger climate action. The White House also wants to mobilize public- and private-sector finance to drive energy transitions and help vulnerable countries cope with climate effects ahead of COP26, the United Nations Climate Change Conference slated for November in Glasgow.

A new International Energy Agency report, released Tuesday, warned that the post-COVID economic recovery is not sustainable for the climate and it estimates that emissions will increase by almost 5 per cent this year, driven largely by a surge in coal demand. Oil is also rebounding strongly, the report says, but is expected to stay below its 2019 peak as the aviation sector remains under pressure.

This week’s summit is “a critical moment” to commit to clear and immediate action, IEA executive director Fatih Birol said in a statement, adding that “unless governments around the world move rapidly to start cutting emissions, we are likely to face an even worse situation in 2022.”

On Wednesday, the U.S. officials said there is no climate model that shows the world can successfully limit warming while still using a significant amount of coal or other carbon-intensive fuel unabated.

The officials said extending summit invitations to oil-producing countries was crucial for two reasons: the impact that oil has on climate change, and the key role those nations play in the energy transition. If the world is going to limit warming to 1.5 degrees, they said, oil-producing economies must support and invest in decarbonization solutions.

On Sunday, Mr. Wilkinson sent a letter to all opposition party leaders asking for feedback on what Canada’s new emission-reduction goal should be.

The NDP said it asked the federal government to set Canada’s new target at 50 per cent below 2005 levels by 2030. The Green Party said the target should be higher than that, with Leader Annamie Paul calling for a target of 60 per cent. The Conservatives did not reply to the letter and did not give a suggested target when asked by The Globe.

Last week, the Conservatives proposed their own climate plan that – for the first time – included a price on carbon for consumers.

However, there is still distance between the Tories and Liberals on climate change. On Friday, the Conservatives moved to quash the government’s proposed Net-Zero Emissions Accountability Act that would legislate emissions-reduction targets starting in 2030.

The bill was introduced in November, but risks not making it through Parliament before the next election as it has not yet gone to committee. 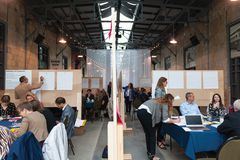 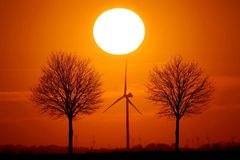 Opinion
The federal budget tells us what the Liberals care about, but also what they don’t
Subscriber content
April 20, 2021 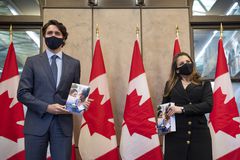 Follow Emma Graney, Marieke Walsh and Adam Radwanski on Twitter @EmmaLGraney @mariekewalsh @aradwanski
Report an error Editorial code of conduct
Due to technical reasons, we have temporarily removed commenting from our articles. We hope to have this fixed soon. Thank you for your patience. If you are looking to give feedback on our new site, please send it along to feedback@globeandmail.com. If you want to write a letter to the editor, please forward to letters@globeandmail.com.
Comments