Stornoway Diamond Corp. is racing to stave off insolvency as it deals with a decline in gem prices that has prevented the Canadian miner from generating positive free cash flow this year.

Longueuil, Que.-based Stornoway said Tuesday it is in talks with backers to secure its long-term financial viability. At the same time, the company launched a major cost-cutting effort and strategic review, which could mean putting itself up for sale.

“We have a cash crunch so that’s why we need to look at our options,” Stornoway chief executive Patrick Godin said in an interview with The Globe and Mail, adding that although diamond pricing is soft at the moment, he remains confident it will recover as global supply decreases over the next several years. "Given the quality of the asset that we have, we just need to resist during the tough times to be able to take the wave.”

Mr. Godin, who took over from Matt Manson this past January, is trying to stabilize the company and get operations at its Renard mine running at a steady level after a couple of early setbacks. Stornoway built Renard, its main asset, in Quebec’s Otish Mountains, a range of hills north of Lac Mistassini, in the summer of 2016 with a $946-million financing package.

Renard’s construction came in under budget and five months ahead of schedule, igniting hopes that it would lead to other resource development in the province’s vast northern territory. But the project has suffered some early snags, notably in the fall of 2017, when Renard diamonds were found to be breaking in processing at a higher frequency than the company expected.

Stornoway has since fixed the breakage, but that and other production and pricing problems forced the company to go to its lenders and key stakeholders last year for additional funds and loan flexibility. In all, it received some $129-million worth of new investment and cost deferrals.

Now, Stornoway finds itself caught up in more pricing pain. An oversupply of smaller and lower-quality stones has sent prices tumbling since the third quarter of last year, and weak demand and currency declines in India have amplified the situation. India is the world’s biggest cutter and polisher of diamonds.

Stornoway is particularly affected because small diamonds account for about 67 per cent of its production by weight, the company said in a slide presentation accompanying its quarterly results. However, it says prices appear to be stabilizing, echoing comments made by the CEO for miner De Beers last month.

Stornoway shares are trading at barely 6 cents a share on the Toronto Stock Exchange. The Quebec government is among the company’s major backers, with some $300-million in equity and loans made to the company since 2012. Institutions such as the Caisse de dépôt et placement du Québec also have investments at stake in the miner while Caterpillar Financial Services Ltd. is a key equipment financier.

Whether Stornoway’s existing financial partners will extend further funds or provide debt relief remains to be seen. The company had cash and current monetary assets of $36.4-million at the end of March to settle current monetary liabilities of $59.6-million, according to its financial statements released Monday. Its assets also include $50.6-million worth of rough diamond inventory expected to be sold during the second quarter this year. Its debt stands at $327.7-million.

“We are a long-term investor and we evaluate and make our investment decisions on that basis,” said Caisse spokesman Yann Langlais-Plante, adding the Caisse held some 101.9 million shares in Stornoway at the end of 2018 as well as bonds and other receivables in the company with a fair value at the time of between $50-million and $100-million.

Labour fund Fonds de solidarité FTQ “continues to support the company," said spokesman Patrick McQuilken, adding the institution holds both shares in Stornoway and loans to the company. Officials with Investissement Québec, the government’s main investment arm, declined to comment on their intentions. 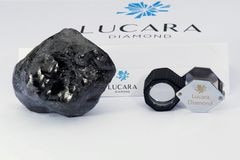 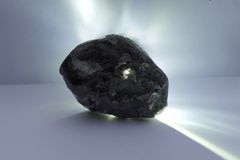 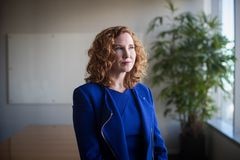