Three months after Barrick Gold Corp. agreed to settle a costly dispute with the Tanzanian government, the deal is still not finalized and could be subject to further negotiations, according to African media and industry analysts.

Barrick and the government have missed a Dec. 31 deadline for completing the deal, and “doubts” have emerged to cast a cloud over the agreement, according to The East African, a weekly newspaper in the region.

Under the agreement last October, the Toronto-based gold company promised to pay US$300-million to settle a longstanding tax dispute. The government agreed to lift a ban on gold concentrate exports, while Barrick promised to share the future economic benefits from its Tanzanian mines with the government on a 50-50 basis. Barrick acquired the mines by purchasing its African subsidiary, Acacia, for US$1.2-billion last year.

The agreement was aimed at resolving a bitter confrontation that began in 2017 when Tanzania slapped an export ban on Acacia’s mines, inflicting losses of US$1-million daily on the company. The government also issued a demand for US$190-billion in taxes from Acacia – the equivalent of four times the country’s entire GDP.

The Citizen, a Tanzanian newspaper, reported this week that the government is still negotiating with Barrick after missing the year-end deadline. It quoted an unnamed senior government official as saying that the two sides are in the “final stages” of completing the deal.

But a report by Toronto-based DaMina Advisors, a risk consulting firm that focuses on African and Asian frontier markets, said the agreement is in danger of unravelling. There is “no prospect of a quick ratification in sight” because the Tanzanian government is now preoccupied with preparations for a national election this year, the report said.

“The government is seeking to reopen and negotiate key elements of the deal,” the DaMina report said.

It said Barrick may be forced to accept a multibillion dollar writeoff of its Tanzania assets if the agreement is not finalized.

Much of the lingering dispute, it said, has been caused by Tanzanian’s Attorney-General, Adelardus Kilangi, who was required to review and formalize the Barrick agreement. “Kilangi apparently believes the agreement is defective and not nationalist enough,” DaMina said in the report.

Mr. Kilangi, in the published report by The East African, said the government will soon be issuing a statement on the Barrick issue.

The report by DaMina, quoting Tanzanian officials, said Barrick has yet to make the full required payment in exchange for the lifting of the concentrate export ban.

The government is now demanding that Barrick sell its concentrate to a local smelter in Tanzania, rather than exporting it, DaMina said.

Barrick did not respond to a request for comment.

A decade ago, Barrick spun off a minority stake in Acacia (then African Barrick), in an attempt to lower its exposure to geopolitically risky and high-cost Tanzania. Barrick later tried to sell its remaining equity in Acacia to a number of parties, including state-owned China National Gold Group Corp. and later British company Endeavour Mining Corp. But Barrick’s efforts to unload its subsidiary took a backseat in 2017 after the tax dispute flared up between Tanzania and Acacia.

At one point during the more than two-year negotiations to end the dispute, relations were so bad that Tanzania refused to even deal directly with Acacia’s management. Barrick eventually stepped in as a proxy for Acacia in the talks.

When Mark Bristow, who previously ran African-focused miner Randgold Resources Ltd., took over as the chief executive of Barrick last year, expectations ran high that he might be able to end the quagmire. But after a big push early on, even he grew frustrated.

With Tanzania eventually refusing any settlement as long as Acacia remained as a counterparty, Barrick, seemingly forced into a corner, bought back its subsidiary last summer.

On the surface, the gambit seemed to have worked.

In October, Barrick announced that it had reached agreement with Tanzania to end the fracas that would see it pay a $300-million fine, grant a 16-per-cent share in Acacia’s three mines to Tanzania and split economic benefits from its operations in the country.

One of the few caveats on the deal passing was a review by the attorney-general in Tanzania. 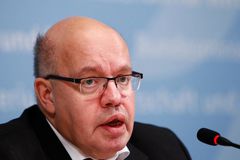 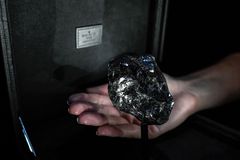