The federal government unveiled a list of minerals it deems critical to Canada’s economy and energy security on Thursday, but stopped short of making any funding commitments to help the private sector get new mining projects off the ground.

The list of 31 minerals includes those needed for the electric-car industry, such as lithium, cobalt and copper; key inputs for Canada’s food security, such as potash used in fertilizers; uranium for the nuclear-power industry; and various raw materials used in metals production, such as chromite, a key stainless-steel input.

Canada’s renewed focus on rare earths comes amid a North America-wide push to bolster supply chains. The United States has been particularly vocal about the need to boost its production of critical minerals, as fears of a Chinese stranglehold on supplies intensify. China, for example, dominates the rare earth industry, a subset of critical minerals. The Asian superpower accounts for about 60 per cent of global production of rare earths, which are necessary in a range of industries including defence, medical and alternative energy.

Seamus O’Regan, Minister of Natural Resources, on Thursday stressed the importance for Canada to bolster its production of critical minerals, but indicated that Ottawa would not be deviating much from its current strategy of making mostly small investments in critical-minerals companies. Late last year, for example, the government invested $5-million in Toronto-based First Cobalt Corp ., which is developing a cobalt refinery in Northern Ontario.

“I’m not committing a dollar figure to it right here and now, " Mr. O’Regan said in a virtual media conference at the annual Prospectors & Developers Association of Canada (PDAC) mining conference on Thursday. “But we will make strategic investments when [the private sector] bring them to us.”

Any investment by the federal government would preferably be in a technology that leads to lower emissions, creates jobs and is a prudent use of taxpayer funds, he said.

Pierre Gratton, chief executive officer of the Mining Association of Canada, who participated in the PDAC announcement alongside Mr. O’Regan, said that one of the challenges facing some producers of critical minerals in Canada is that they are located in remote areas that aren’t connected to the provincial electricity grid, and instead rely on diesel generators. He made the case for federal support to improve the hydro infrastructure.

Ottawa’s muted tone on investment in critical minerals contrasts with that of provinces that have taken big swings. Quebec, for example, has already invested hundreds of millions into critical minerals over the past few years, most notably a $175-million bet on junior lithium developer Nemaska Lithium Inc. Nemaska went into creditor protection in 2019 after it ran into serious problems with its manufacturing process.

Despite the bumps with Nemaska, Quebec rolled out its official blueprint on strategic metals last October, and committed to investing another $90-million in the sector over five years. As part of that initiative, the province in January announced a US$650,000 investment into a scandium project owned by U.K.-based Rio Tinto Group, which promises to be the first reliable source of the critical mineral in North America. Scandium is used as an alloy to strengthen and lighten aluminum.

Unlike Quebec, Ontario has been gun-shy about making large investments. While the province invested $5-million in First Cobalt alongside the federal government last year, Greg Rickford, Ontario’s Minister of Energy, Mines, Northern Development and Indigenous Affairs, said earlier this week that the province has no plans for big investments in the sector, telling reporters that he doesn’t believe it is something taxpayers should be throwing “huge chunks of money at.”

On Wednesday, Ontario announced it was launching a public consultation period into critical minerals with plans to unveil a fully fledged strategy later this year. 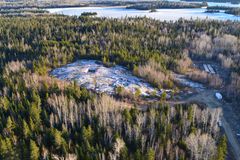 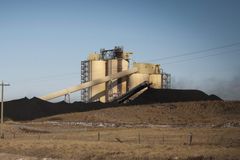