Ottawa is set to give Canadians their first look at the country’s postpandemic fiscal future, as the federal Liberals deliver an update nearly nine months into the coronavirus pandemic.

It’s been more than 18 months since the last federal budget was tabled that gave a full accounting of the country’s finances, and a clear vision of the government’s ambitions. The limited fiscal update in July functioned less like a mini-budget sketching out the direction of taxation, spending and debt and more like a rear-view mirror that simply tallied efforts to date to combat the coronavirus and economic downturn.

There will be months more before a complete reckoning and a formal budget: The federal Liberals say the economic volatility accompanying the pandemic is so great that a full-fledged budget is impossible. (Though some provinces and other countries have managed to pull off that feat.)

But economists are expecting that the fiscal update from Deputy Prime Minister and Finance Minister Chrystia Freeland on Monday will be more forward looking, and will start to address – if not fully answer – key questions including on the momentum of deficit spending, how the federal government will pare back support programs for individuals and businesses and what form economic recovery spending will take.

“I will be interested in seeing if there is the skeleton of a fiscal plan,” says William Robson, chief executive officer of the C.D. Howe Institute.

Here’s a breakdown of what to look for in Monday’s fiscal update.

There has been a flurry of expensive changes to support programs since the July fiscal update, including revisions and extensions to the Canada Emergency Wage Subsidy program, and the creation of an entirely new benefit for individuals, the Canada Recovery Benefit.

Along with those two major changes are a host of smaller, but still costly, changes to rent subsidies for businesses, sick leave for individuals and changes to the employment insurance program (including a two-year premium freeze). So far, however, it’s been left to the Parliamentary Budget Officer to provide a comprehensive tally for those programs, with the government providing only scattershot updates by press release when it announced major changes.

David Macdonald, senior economist at the Canadian Centre for Policy Alternatives, points to another complication: Some major programs are significantly under budget, raising questions on whether those funds will be reallocated. The CEWS program, for instance, has paid out just $50.35-billion as of Nov. 22, far lower than the $82.3-billion cost estimate contained in the July update. At the same time, the government is planning to boost aid for the hardest hit sectors of the economy.

The wage subsidy program has been extended until June 30 from its original December end date, and the federal government has said that large businesses could be holding off on their applications. Both of those factors could use up some of that $31.9-billion surplus. But Mr. Macdonald says it’s possible that the unspent funds could be used to pay for the costs of the 12-month CRB program for individuals that launched in October.

Another lingering question that Ms. Freeland may address on Monday: What happens with wage subsidy levels after December? So far, Ottawa has given details only through to the end of 2020, creating uncertainty on what subsidies will look like in the new year.

Mr. Robson and others would like the Liberals to roll out a new fiscal anchor that would act as limits for spending and debt levels. Ms. Freeland’s predecessor in Finance, Bill Morneau, eliminated the government’s previous fiscal anchor, a declining ratio of net federal debt to gross domestic product, in July after hundreds of billions in coronavirus spending sent the deficit and debt soaring. He hinted that a new anchor would be articulated in the fall.

That’s unlikely to happen in this update; Canadians will have to wait until at least a budget next spring, Mr. Robson says. But there could be an important first step in that direction if Ms. Freeland reintroduces five-year forecasts into the Monday update, something that was notably absent in July.

Even if there is no formal fiscal anchor, the government needs to signal that there will be some sort of fiscal discipline over time, said Mostafa Askari, chief economist at the Institute of Fiscal Studies and Democracy.

Another area of uncertainty is whether the update’s economic forecasts will take into account the severity of the second wave of coronavirus, and the new round of business restrictions and lockdowns across the country. The July update assumed there would be “slow, steady and relatively low levels of ongoing community transmission” resulting in a 6.8-per-cent drop in real GDP this year. A resurgent virus presented as a worst-case scenario, resulting in an 11.2-per-cent drop in real GDP.

Increasingly, it looks as though Canada is headed into that resurgent virus scenario, at least on the public-health front. But Ottawa’s last round of consultations with private-sector economists was in mid-September, before the severity of the second wave became apparent.

The Liberals have consistently pointed to low interest rates as key to allowing Canada to run up large deficits, with Mr. Morneau saying during the July update that the Liberals would move to lock in that advantage by increasing the proportion of long-term debt issues. Ms. Freeland has repeatedly made that point since becoming Finance Minister, as well.

But so far, the government has not made much progress on that front: The average maturity of Ottawa’s debt fell to a 20-year low in July and has only bounced up slightly since then, according to the monthly figures from the Bank of Canada.

To date, the government has issued only broad statements on its postpandemic plans for economic recovery, including hints of pricey new programs in September’s Throne Speech.

Mr. Askari said he hopes that Ottawa will start to lay out a plan for significant infrastructure investment as a centrepiece of a recovery plan. But he said that any big-ticket items, such as billions for federally funded child care, will likely not appear until a full budget next spring.

Mr. Macdonald disagrees, however, saying that an update devoid of major new initiatives would be out of step with typical political rhythms. “You don’t release a mini-budget, or any budget, without any new measures,” he says. 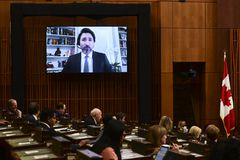 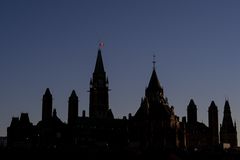 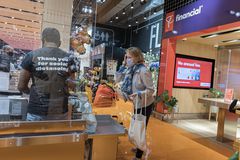