It started with spelling bees. It took wing when George Floyd was killed in Minneapolis.

Five years ago, Candies Kotchapaw was working toward her Masters at York University. On weekends, at her church in north Toronto, she offered to prep kids for school spelling contests.

She discovered a community of Black youths who were keen to compete in spelling bees as a way to build self-confidence, but who faced a challenge all too familiar to Ms. Kotchapaw. They lacked Black role models, and in particular, Black professional women they could relate to.

“I realized the girls, especially, lacked mentors, outside their families,” said Ms. Kotchapaw, an entrepreneur who was named one of Canada’s “Women of Influence” in February. “I knew what that felt like. I’ve faced anti-Black racism, overt and covert," she said. "I’ve been one of only two or three Black women attending major international conferences. It’s intimidating, and I knew the value of even informal encouragement.”

So in the home stretch of a graduate degree in social work – her thesis made the case for including racialized women in developing public policy – Ms. Kotchapaw started recruiting professionals to serve as role models for Black youth. She called the project Developing Young Leaders of Tomorrow, Today, or DYLOTT.

Launched in the summer of 2016, DYLOTT started small, focused on groups of about a dozen young people. To find mentors with proven leadership skills, Ms. Kotchapaw cold-called Toronto-based diplomats from Caribbean countries. She said: “I can be relentless on the phone.”

She reached out to politicians such as Senators Wanda Thomas Bernard, a Dalhousie professor and social worker, and lawyer Kim Pate, along with Peggy Nash, a former NDP Member of Parliament and negotiator for the Canadian Auto Workers union who is now at Ryerson University.

“Candies had that spark,” said Ms. Nash, who first met Ms. Kotchapaw when she was working as an intern for the NDP in 2014. In an interview conducted just before she taped a video on careers in politics for DYLOTT, Ms. Nash said it was clear early on that Ms. Kotchapaw was thinking big. “Candies’s dream was to make this an international movement, and why not? The issues of institutionalized racism she is trying to overcome transcend Canada.”

In DYLOTT’s early days, Ms. Kotchapaw got volunteers from the world of politics to coach youth groups getting ready for mock United Nations or Parliament sessions at their schools. The group organized student trips, first to the House of Commons in Ottawa and UN in New York, then to diplomatic forums in Latvia and Malaysia.

Over the past four years, DYLOTT developed three Black-focused leadership programs, backed by $25,000 in seed funding from the Laidlaw Foundation. The first is for women aged eight to 14, and called #LeadLikeAGirl. Teenaged boys and girls continue to get coaching for model UN sessions. The final offering is mentors for male and female professionals, aged 19 to 35, in fields such as science, technology, education and business. Over the past year, there have been a total of 30 participants in DYLOTT programs.

DYLOTT volunteers mentored Hailey McCalla last year. The second year business technology student at Ryerson met Senator Thomas Bernard, Atlanta-based Canadian consul general Nadia Theodore and Toronto real estate developer Isaac Olowolafe Jr. “The experience was inspiring,” said Ms. McCalla, who was recently nominated for a City of Toronto Pam McConnell leadership award and named one of the country’s Top 100 Black Women To Watch. Ms. McCalla’s aspiration is to be a leader in a field such as risk management, and she said the DYLOTT program “gave me an understanding of sectors like sustainable development, architecture and real estate, and showed me where to build my skills.”

However, when the pandemic swept through North America in March, DYLOTT faced a roadblock. Many of its volunteers were laid off at their regular jobs and an organization funded in part by community donations saw money dry up. “It was frightening,” said Ms. Kotchapaw, who owns a transcription business. She said the non-profit’s board pulled back on plans to launch new programs. She said: “The biggest challenge was visibility, and how we amplify what we are trying to do.”

Then George Floyd died with a police officer’s knee on his neck in May. Long-smouldering issues around anti-Black racism caught fire in both the U.S. and Canada. Ms. Kotchapaw found she was suddenly very visible, invited to share her own experience and DYLOTT’s work to audiences that included The Empire Club of Canada, typically a forum that welcomes prime ministers and CEOs.

As DYLOTT gained profile, corporate Canada took notice. CIBC, Toronto-Dominion Bank and the city of Toronto got on board in recent months. Jaqui Parchment, chief executive of consulting firm Mercer Canada and one of the few Black female CEOs in the country, stepped forward with both a cheque from the parent Mercer Marsh McClennan group of companies and a personal pledge to help, by mentoring in the #LeadLikeAGirl program.

With funding bouncing back, Ms. Kotchapaw said she is setting a relatively modest short-term goal – the organization wants to double the number of individuals it can mentor this year. However, her long-term vision is to launch national programs. “I want every young Black person in Canada to be able to get access to DYLOTT, to get access to a mentor,” said Ms. Kotchapaw. “We want to prepare these young people to be tomorrow’s leaders.” 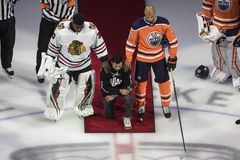 Opinion
America’s turmoil gives us much to be thankful for
Subscriber content
October 6, 2020 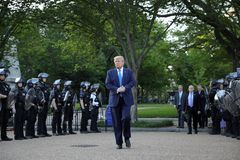 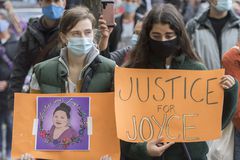