An investment company controlled by the Manji family is near a deal to expand its real estate empire by buying three Westin hotels in Ottawa, Calgary and Edmonton.

Over five decades, Aziz Manji and his three children have slowly been building their commercial property business, which ranges from real estate asset management to private equity and activist investing.

Now, the Toronto-based family is looking to bolster its luxury-hotel portfolio through its majority-controlled Barney River investment company, which includes a Hilton in downtown Toronto, Westin Harbour Castle on the city’s waterfront and another Hilton in nearby Mississauga.

If the deal succeeds, the three additional Westins would give the family a well-known brand in Alberta’s major cities, as the hotel market begins to stabilize after the oil downturn and ill-timed development of new hotels.

Barney’s president, the eldest son Salim, declined to comment. His brother, Samir, who runs another real estate private-equity group, said the family was excited about the Westin opportunity and said it would be a good addition for their portfolio.

The three Westins have been for sale for more than a year and were being marketed as an unprecedented number of new hotels opened in Calgary and Edmonton. They are owned by American hotel guru Barry Sternlicht’s Starwood Capital Group. Starwood did not respond to a request for comment. (Marriott International Inc. owns the Westin brand and manages Westin and Marriot hotels as well as other brands such as St. Regis, W Hotels and Sheraton.)

The three Westins were initially expected to fetch as much as $500-million collectively, but the price is closer to $400-million, according to one source familiar with the matter. The source was granted anonymity by The Globe and Mail because they were not authorized to comment publicly on the matter. Through a spokesperson, the family declined to comment on pricing.

The Ottawa property was not expected to be a hard sell given the Canadian capital is the country’s third strongest market for hotels. That market reached its highest occupancy level in five years at 75 per cent, edging closer to Toronto’s rate of 76 per cent and Vancouver’s 80 per cent.

The Alberta market, in contrast, is just starting to recover. Since the oil price crash in 2014, about 20 new hotels opened in Calgary and a similar number in Edmonton, according to data from commercial realtor CBRE.

That is equivalent to hotel supply increasing by 25 per cent in Calgary and 20 per cent in Edmonton. That contributed to dismal hotel performance and made it difficult to determine the bottom of the market.

“The big issue was the exceptional amount of supply growth,” said Bill Stone, executive vice-president of CBRE hotels. “The number of hotels that have gone into each of those markets has had a direct impact,” he said.

Last year, however, there was an uptick in hotel occupancy and revenue a room, a key measurement of a hotel’s financial health.

The Manjis got their start in real estate in the 1970s after immigrating to Canada from Pakistan. Aziz started by buying smaller hospitality properties in Western Canada and then in the 1980s bought Barney River, which at the time was focused on apartments.

The eldest son, Salim, went to work at the investment company, where he is now president.

Samir and his twin sister, Shaila, established and ran senior living centre Amica for about two decades and then sold it to Ontario Teachers’ Pension Plan in 2015 for $578-million. Samir then founded Sandpiper Group, an activist investor in the real estate investment-trust space. 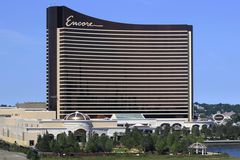