The federal government is planning to require that broadcasters fund Indigenous programming, saying it will correct a "historical mistake” in the sector.

Cabinet will make the order as part of a policy directive to Canada’s broadcasting regulator in the coming months after a bill to change the Broadcasting Act passes Parliament.

“It is going to become an obligation to do Indigenous [programming],” Heritage Minister Steven Guilbeault said in an interview. “It’s not just going to be a nice-to-have. You’ll have to do it.”

Jesse Wente, a veteran journalist who leads the Indigenous Screen Office, said he welcomed the news and looked forward to details on how the promise is implemented.

“It’s a long time coming,” he said. “But we’re thrilled that this time is here. The community and the storytellers – and, I think, Canada – is exactly at the right moment for this.”

The Liberal government tabled a bill to amend the Broadcasting Act in early November. The biggest changes bring online streaming services, such as Netflix Inc. and Spotify Technology SA, under the oversight of the Canadian Radio-television and Telecommunications Commission, which already regulates traditional broadcasters.

But the bill also includes changes meant to recognize the role of Indigenous communities in Canada’s broadcasting sector. For example, the current act, which was last amended in 1991, contains a line that Canada’s broadcasting policy should reflect Indigenous culture “as resources become available for the purpose.” Mr. Guilbeault said the impact of that line was that, for years, broadcasters have seen Indigenous programming as optional. The new bill removes that caveat.

“The act, as it is, hasn’t served Indigenous people and Indigenous producers and artists in the way that it should have been,” he said. “One could argue that it is one of the main elements of the reform to correct this historical mistake.”

The legislation does not specify the new rules for Indigenous programming. Once the bill passes Parliament in the new year, the Liberal cabinet plans to issue a policy directive to the CRTC, and it will be up to the regulator to come up with the specifics within nine months.

The minority Liberal government will require the support of at least one other party to pass the bill, but opposition parties have so far seemed open to supporting it.

Mr. Guilbeault said that, in addition to the stick of spending obligations, the CRTC could provide a carrot in the form of incentives. For example, spending on Indigenous programming could be worth extra credit toward meeting broadcasters' other Canadian-content requirements.

Currently, only Indigenous broadcasters face requirements to air Indigenous-produced content, according to the CRTC. That includes the Aboriginal Peoples Television Network and some radio stations.

The CRTC is reviewing its Indigenous Broadcasting Policy, which oversees those media companies. The CRTC launched the review in June, 2019, and met with Indigenous broadcasters and content creators. A spokesperson for the regulator said a report on the first phase of consultations is being finalized, and will be followed up with a public consultation in the future.

Two of the biggest broadcasters of Indigenous content, APTN and the Canadian Broadcasting Corp., declined comment on the bill and told The Globe and Mail they were still studying it.

Mr. Wente said the support of content created by First Nations, Métis and Inuit people was important for reconciliation.

“A big part of reconciliation, at least the way I see it, is restoring what was taken,” Mr. Wente said. “And one of the big things that was taken from Indigenous peoples was our language and culture.”

The Liberal government set up the Indigenous Screen Office in 2017 to support the development and marketing of Indigenous content. Mr. Wente said he is proud of the work the office has done so far, including emergency grants to help creators affected by the COVID-19 pandemic. However, he said, the office still lacks stable operational funding from the federal government.

The Indigenous Screen Office was one of three Indigenous media organizations – along with imagineNATIVE and Wapikoni Mobile – that announced partnerships with Netflix last year to provide professional-development opportunities to up-and-coming First Nations, Métis and Inuit filmmakers.

“I think when we see Netflix or Amazon or any of these sorts of streaming players, our community views them as, well, they haven’t said no to us – at least not yet,” he said. 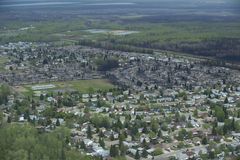 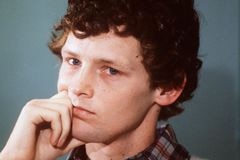