The summer patio season is always an important one for bars and restaurants, as winter-weary Canadians gravitate like basking lizards toward the sunlight. For a food-service industry in recovery, and still reeling from the effects of pandemic-related lockdowns, outdoor seating will be even more crucial this year.

Business owners have been working to expand their patio space as they prepare to welcome customers back in a way that will make them feel safe. Restaurants have been given the green light to reopen in many regions across the country, while Ontario and Quebec are just beginning the next phase of reopening, with restrictions. The Ontario government announced on Monday that patio service would now be allowed – excluding some regions, such as the Greater Toronto Area – and that establishments may create new patios or expand their patio space, as long as they have municipal approval to do so.

“Almost every restaurant I’ve talked to is looking at ways of expanding,” said James Rilett vice-president in central Canada for industry group Restaurants Canada. “We’ve been talking to a municipalities for a few weeks … about ways in which they could help people to expand.”

That includes both small establishments and large fast-food chains. Harvey’s, which is owned by Vaughan, Ont,-based Recipe Unlimited Corp., is analyzing the potential for patio spaces depending on the land available around each site and investment needed.

“During these difficult times, our restaurants need as much revenue as possible and outdoor patios represent an opportunity to help safely rebuild our sales with distancing for our guests,” Harvey’s chief operating officer David Colebrook said.

Restaurant Brands International Inc., which has more than 4,800 Tim Hortons locations, is planning to build new patio spaces at roughly 1,000 restaurants in the next six to seven weeks. The Toronto-based chain already has patios at roughly 700 of its locations, half of them in Ontario.

“Some [municipalities] are expediting permit approvals, some are removing permit fees. It depends on the policy and the dynamics of that region,” said Tim Hortons chief operating officer Mike Hancock. Vancouver, for example, has expedited the permit process, but the ease of approvals can vary, he added.

Even as restaurants reopen, some customers may stay away. A survey of 1,505 Canadians in early June found that 52 per cent of people still plan to avoid some restaurants during reopening, and 26 per cent cited the layout of the spaces as a reason to avoid them. The survey, conducted by Angus Reid in partnership with the Agri-Food Analytics Lab at Dalhousie University, also found that 63 per cent of respondents plan to visit a restaurant at some point over the summer, while 33 per cent plan to wait until any second wave of COVID-19 has passed.

Patio expansion is not as simple as putting out a few more chairs and tables. Taking up space on sidewalks could impede accessibility. Repurposing a small number of parking spots for seating space, as Tim Hortons plans to do, means negotiating with landlords in many locations. It also requires putting up barriers to separate diners from traffic around them, and instituting rules for physical distancing and sanitizing surfaces the way staff already do inside the restaurants.

Some local governments are coming up with their own plans. Meaford, Ont., a municipality of 11,000 on Georgian Bay, is planning to set out tables and chairs in its town square to act as a centralized patio for nearby businesses, and is also working to help restaurants expand their existing outdoor seating.

“We may look at expanding into parking spaces,” deputy mayor Shirley Keaveney said. “Getting the patios open on our main street is our first priority.” 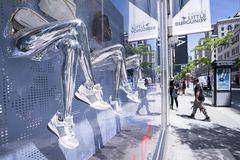 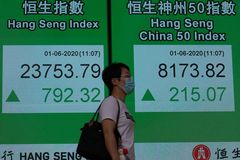