Spotify Technology S.A. listed on the New York Stock Exchange with a closing share price of US$149.01, giving the music-streaming service a market capitalization of US$26.5-billion – more than the revenue from all recorded music worldwide in 2016.

The Stockholm-based company launched a direct listing Tuesday without offering any new shares. This would give the company’s executives the chance to gradually grow investor confidence, as well as its market cap, while letting early stage investors and some employees cash out – and could encourage other relatively young tech companies to do the same.

Giving up on a traditional initial public offering builds on Spotify’s past decade of challenging old ways of doing things. It has been the world leader in persuading music listeners to subscribe to music rather than buy it, after file-sharing programs such as Napster Inc. drove down the public’s perceived value for songs and albums. Spotify has become the undisputed leader of this movement, roping in 71 million global subscribers paying $10 a month for the service, and another 86 million who use a free, ad-supported version.

Established record labels and music publishers, whose royalty costs ate up nearly 80 per cent of Spotify’s revenue in 2017, will also be watching closely, as investors look to push down costs at the company – while many musicians continue to fume that the fractions-of-pennies every stream they get often adds up to significantly less income than physical or digital song and album sales do.

With so much at stake, observers such as Mark Mulligan, a long-time digital music analyst and managing director of Midia Research in Britain, has heralded Spotify’s listing as one of the most anticipated moments in the history of digital music.

It will be a long game, though. “If we see Spotify having a good 12 months with market cap and stock price remaining strong, then we can read into that that there’s confidence in the wider marketplace that the music business is worth investing in,” Mr. Mulligan said in a phone interview.

The NYSE set a reference price of US$132 for Spotify, which opened midday at US$165.90. Dealogic ranked its closing market cap of US$26.5-billion as the eighth-largest U.S.-listed new tech listing on record by end-of-day market value.

Six analysts had lined up to follow the stock on Bloomberg by the end of Tuesday, all but one of whom were bullish on Spotify, with three buy ratings, one outperform and one overweight rating. Mark Mahaney of RBC Dominion Securities Inc. gave the highest target price among them – US$220 – and in a research note called Spotify streaming a “global leader” with “sustainable advantages.”

At least two analysts see a profitable light at the end of the tunnel – if the company can continue to negotiate its royalty payout rates to rights holders including labels and publishers.

“Extrapolating current trends in cost reduction, we expect Spotify’s profitability by 2020,” said Erlan Abdikarimov, an analyst with Freedom Finance, in an e-mail to The Globe and Mail. (The company’s licensing costs fell nearly 6 per cent last year, thanks in part to renegotiated rates but also due to an accounting adjustment.)

Subscription streaming services such as Spotify and Apple Music have recently helped deliver revenue growth to the recorded-music industry for the first time since Napster infamously sent the sector into a crash. In 2016, revenue grew nearly 6 per cent to US$15.7-billion.

Many independent streaming services emerged last decade, marketing themselves as legitimate all-you-can-hear alternatives to pirating. Few survived, but Spotify, thanks to an early foothold in Europe, emerged as an industry leader, even as tech giants such as Apple (which has 38 million streaming users) and Amazon.Com Inc. began offering streaming services of their own.

One that didn’t survive was Rdio Inc., which was an early popular service in Canada but sold to Pandora Media Inc. in 2015 for US$75-million, filing for bankruptcy protection as part of the process. Its final CEO, Anthony Bay, said in an interview Tuesday that the sector is still precarious for independent companies. “Spotify makes an attractive acquisition candidate and a very challenging stand-alone business,” he said.

“Although there’s a certain lift to actually listing, eventually companies are valued on cash flow and earnings. They haven’t proven they know how to do that,” he continued. He suggested that if licensing costs can’t fall further, Spotify could look to other cost-saving methods, such as direct deals with artists that could skip labels altogether. 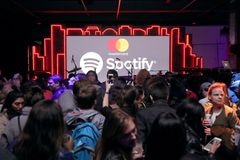 Opinion
Spotify signals the investing ecosystem is changing - and not to your benefit
Subscriber content
April 3, 2018 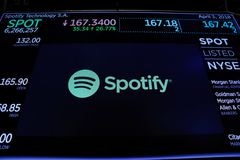 Why Spotify doesn’t want a stock pop in its trading debut
April 3, 2018 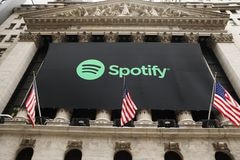