Factory orders are piling up. Shipping costs are pricier than ever. And key materials are in short supply.

Eighteen months into the COVID-19 pandemic, companies are grappling with supply-chain troubles that are proving more durable than initially thought. The latest headwind is the Delta variant, which has spread quickly in Southeast Asia, hampering output of everything from shoes to semiconductors.

The situation is causing plenty of headaches for Canadian companies.

Trade disruptions have already taken a toll. In the second quarter, weaker exports dragged Canada into a surprise economic contraction. Statistics Canada noted that auto production – and subsequently, exports – were stymied by the struggle to import parts.

On that front, more trouble is coming. Citing the computer chip shortage, several automakers have slashed production for September. General Motors Co. is reducing output this month at most North American assembly plants, including an extension of downtime at the CAMI plant in Ingersoll, Ont.

Most people felt that “supply disruptions would start to ease around now,” said Stephen Brown, senior Canada economist at Capital Economics. “In reality, it’s become increasingly clear that those disruptions are likely to persist into 2022.”

Trade woes were born out of a unique set of pandemic conditions. Flush with cash, consumers are buying lots of stuff, but factories are struggling to catch up after shutdowns. The shipping industry, meanwhile, is unable to handle a crushing volume of goods, leading to delays and escalating costs. Freight rates are up 580 per cent from two years ago, according to an index of eight major routes from Drewry, a maritime consultancy.

That’s pushing Dan Evans’s business to the brink. He runs a toy importer in Kitchener, Ont., called KidSquad Dealership. The company sells miniature ride-on cars for children, which are manufactured in China and sold in Canada through big-box retailers and online.

Before the pandemic, shipping costs for Mr. Evans amounted to $30 a car. Now, it’s more than $200. At that price, he can’t justify shipping the tiny vehicles, which retail for between $350 and $750. That’s why a fleet of toddler-sized cars are sitting in storage at a Chinese port.

KidSquad has enough inventory in Canada to get through the Christmas season, Mr. Evans said. But if shipping prices remain elevated into the new year, he may decide to pull the plug on the business and leave the inventory in China.

The situation is very different at ClearWater Design Canoes & Kayaks in Picton, Ont., around 230 kilometres east of Toronto.

Michelle Laframboise, who runs the company with her husband, has roughly doubled production, hired new staff and added a factory shift to meet demand. Regardless, it’s been a challenging time. The price of plastic has soared to record highs – a cost the company has absorbed rather than pass on to customers. And Ms. Laframboise has to order parts as much as eight months in advance. It used to be one month.

“The days of just-in-time supply are gone,” she said.

ClearWater has already stockpiled a “good portion” of what it needs for next year’s production. That way, Ms. Laframboise is hopeful the company can avoid any Delta impact on overseas suppliers.

“I’d rather have a year’s worth of hardware … in my door, so that I’m not risking shutting down.”

Unlike ClearWater, many companies have passed on higher input costs. That’s partly why Canada’s annual inflation rate has jumped to 3.7 per cent, the quickest pace in a decade. The Bank of Canada, which targets 2-per-cent inflation, has said temporary factors are driving up prices. It expects inflation to ease in the coming years, but not return sustainably to its target until 2024.

In the interim, the Delta variant could inflame prices, said Doug Porter, chief economist at Bank of Montreal. That’s because it’s more likely that supply is affected than demand, which is supported by accommodative fiscal and monetary policies, plus billions of dollars in pent-up household savings.

The result is that too much cash would chase too few goods, fuelling an even steeper rise in inflation.

“I’m not that concerned about the demand side” of the economy, Mr. Porter said. “I’m much more worried about the supply side.” 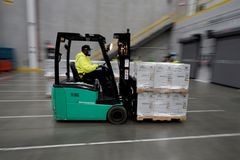 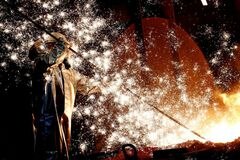 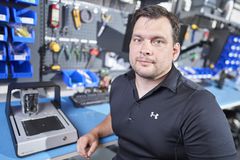