Tim Hortons is revamping its annual Roll Up the Rim giveaway after partly blaming a weak showing from the promotion for disappointing first-quarter results.

The coffee-and-doughnut chain had tried to boost its business by increasing the number of giveaways in Roll Up the Rim this winter, Jose Cil, chief executive officer of parent Restaurant Brands International Inc. (RBI) said on Monday, after the company released first-quarter results that missed analysts’ expectations.

But the Canada-based company’s additional investment in more freebies “did not drive the incremental engagement we expected,” Mr. Cil said on an analyst conference call.

Next year, Tim Hortons will reboot the program, looking for “a modern and fresh approach” to draw customers, including a digital tie-in, he said.

Roll Up the Rim has become controversial, with environmental groups complaining its push to get more customers to use paper cups creates more waste. Tims started to see a decline in the effectiveness of the program last year, Mr. Cil acknowledged.

Alex Macedo, president of Tim Hortons, said in an interview the company will look at using its mobile app for the Roll Up the Rim promotion, although it will keep the overall theme. “We have to modernize it and we have to make it fun again.”

He said customer sensitivity to the environment is also part of Tim Hortons’s new mindset as it tries to minimize the negative effects of paper cups. “There’s a lot of work that we’re going to have to do."

Industry experts said the Roll Up the Rim campaign has become stale and needs a refresh for younger consumers.

“It needs to be more digital,” said Jennifer Marley, partner at retail consultancy Sklar Wilton & Associates. The chain should tie the promotion to its new digital-rewards program, which could help it gather more information about its customers and cater to their individual preferences, she added.

Mr. Cil also cited “severe weather” as a factor in the weak first-quarter sales at Tims, saying it dragged down same-store sales by about 1 per cent.

“I hate using weather as an excuse,” he said. “But given the nature of our high traffic and [high] frequency business in Canada and the severity of the weather impact we experienced in the first quarter, we felt it was necessary to disclose in order to provide a more accurate picture of our underlying sales performance.” He said sales have already improved in April.

Meanwhile, Tim Hortons got a green light on Monday from Ontario Superior Court for a settlement to its two-year-old battle with its franchisees, who had lodged two class-action lawsuits, alleging the company misused advertising funds and interfered in their right to form an association.

The settlement is valued at $37.4-million, including cash and non-monetary amounts, Justice Edward Morgan said.

Still, while none of the 1,500 Canadian franchisees had opted out of the settlement, one franchisee – Eric Sanderson of Manitoba – had objected.

Mr. Sanderson, whose franchise is on the Opaskwayak Cree Nation reserve, had filed “a thoughtful and well articulated letter setting out his concerns,” the judge said. Mr. Sanderson worries that the Great White North Franchisee Association (GWNFA), which was formed in 2017 to represent restaurant owners’ grievances, has not been recognized by Tim Hortons.

And Mr. Sanderson is concerned that the current GWNFA board members “may never be replaced because none of the other franchisees will want to play a role that is adversarial" to the company, the judge said.

“In my view, Mr. Sanderson’s objections raise legitimate concerns, but are not of a type that undermine the settlement agreement,” the judge ruled. 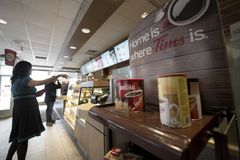 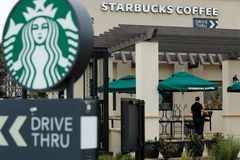 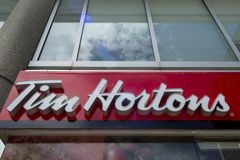