No need for rate cut

National Bank of Canada has developed a financial stress index that suggests the central bank need not cut interest rates at this point.

There are many such indexes but, National Bank said, few are publicly available to measure financial stress in Canadian markets.

First, a little background on what deputy chief economist Matthieu Arseneau and analyst Redolphe Doyon found from their index, which was built based on several measures:

“The period when financial markets were calmest (some would say oblivious) was at the peak of the turn-of-the-century dot-com boom,” Mr. Arsenau and Mr. Doyon said.

"There was also a period of very low stress in 2004-06, during a persistent global savings glut," they added.

"In both cases, the complacency ended when bubbles burst - an equity valuation bubble in the first case and a U.S. home-price bubble in the second."

Stress was "intense" at the height of the financial crisis, high in 2011 when America's credit rating was downgraded and the euro zone was in the throes of a debt crisis, and again in 2016 when markets feared a recession in China.

"In the most recent stress episode, neither the change in nor the level of the index was greater than in 2011 and 2016," Mr. Arsenau and Mr. Doyon said.

"On the other hand, we find that since the financial crisis, the markets have yet to register, even in periods of relative calm, the same serenity they showed before the crisis." 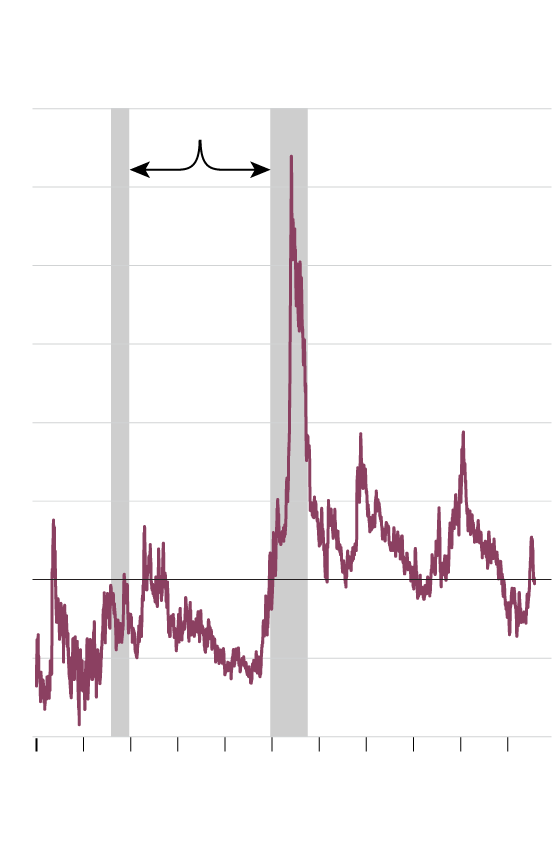 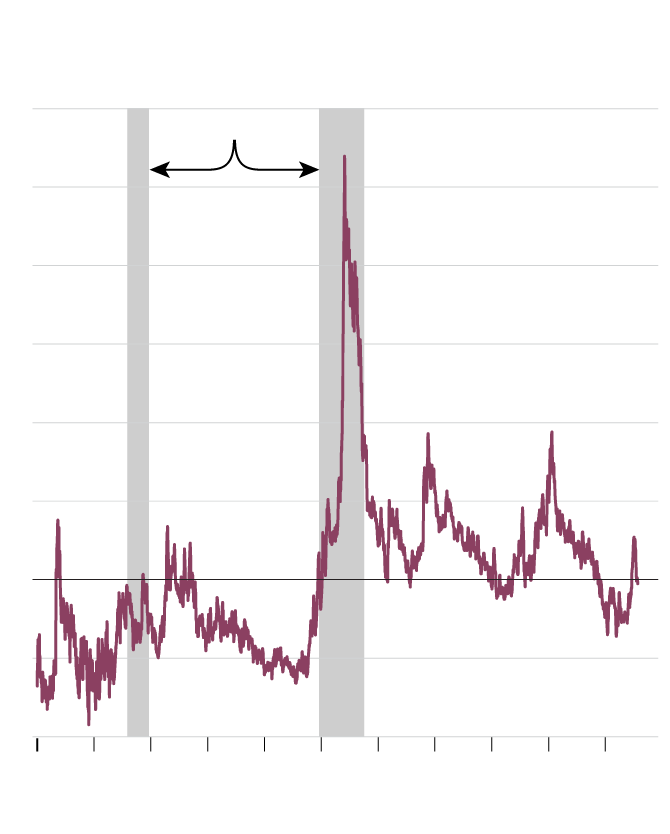 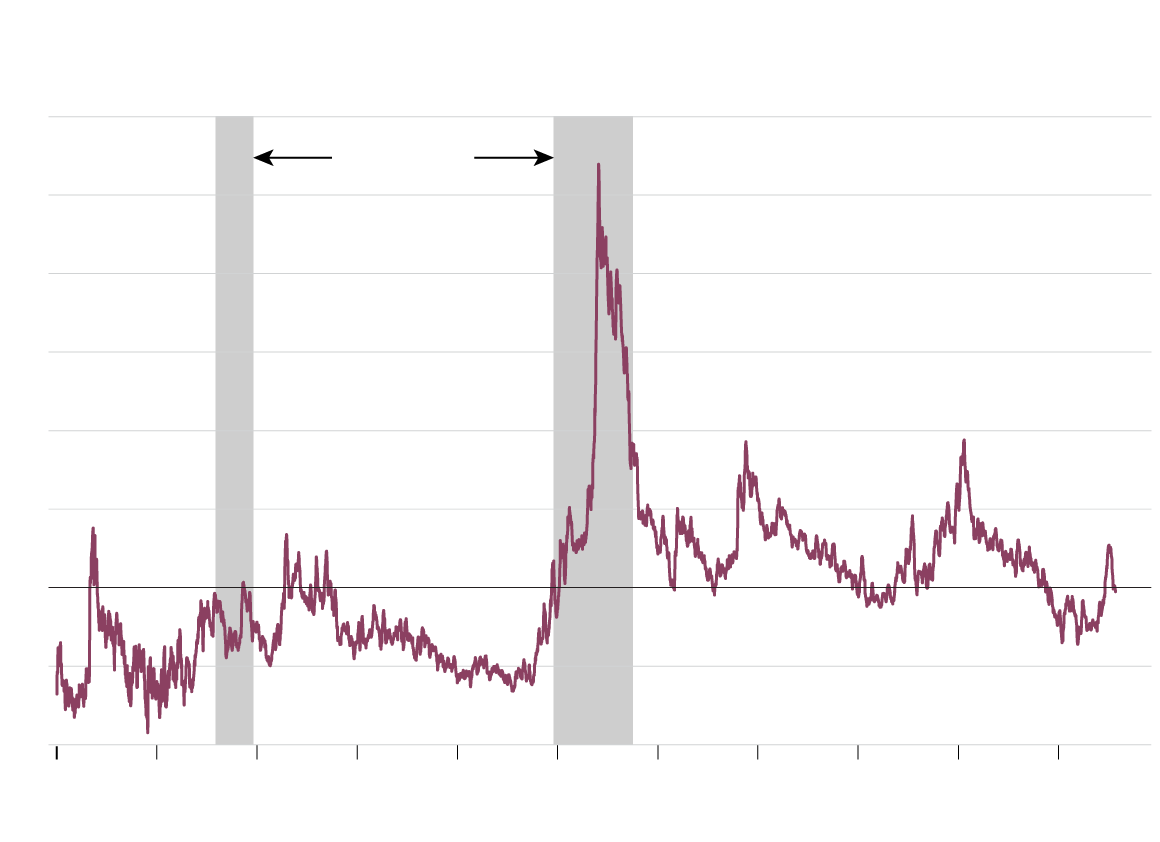 Given that market stress plays a role in the thinking of central banks, the National Bank analysts said, their index "can be useful" in tracking and anticipating what the Bank of Canada might do.

Governor Stephen Poloz, senior deputy governor Carolyn Wilkins and their Bank of Canada colleagues had been on a rate-hiking cycle before they called a pause, with some observers suggesting they could even cut the benchmark given such an uncertain economic outlook.

But National Bank's findings "suggest that it is only normal for the Bank of Canada to wait and see whether the current slowing of the economy is temporary," Mr. Arseneau and Mr. Doyon said.

"However, they also suggest that it is a little too soon to anticipate a decline of interest rates."

They're not alone in their thinking.

Some other analysts believe the Bank of Canada will resume raising its key overnight rate, now at 1.75 per cent, after this pause.

Bank of Nova Scotia research director René Lalonde and senior economist Nikita Perevalov, for example, said in their most recent forecast that they expect the central bank's benchmark to rise to 2.25 per cent by the end of next year and 2.5 per cent by late 2021.

Toronto-Dominion Bank, in turn, believes the Bank of Canada is done.

“For us to re-evaluate this position, we need to have confidence in a Canadian economy that can hold above 2 per cent real GDP growth for several quarters,” TD chief economist Beata Caranci and senior economist James Orlando said in their forecast Monday, also citing the high levels of household debt.

“However, our forecast model fails to produce this result.”

Stephen Brown, senior Canada economist at Capital Economics, is in a different camp, calling for the Bank of Canada to cut rates before too long.

“Markets are also pricing in interest rate cuts in Canada, with most government bonds due to expire before about 2030 now yielding less than the policy rate of 1.75,” Mr. Brown said in his forecast late last week.

"Investors are therefore coming round to our long-held view that rates will be cut later this year," he added.

“While almost all other economists are still predicting rate hikes or at least for policy to remain unchanged, we doubt that we will be in this slim minority for much longer.”

Nova Scotians get their budget, while markets get the latest from the U.S. real estate sector, with the release of the S&P Case-Shiller home price index. Economists generally expect that to show prices rose 5 per cent in January from a year earlier.