Try to find someone who wouldn’t react favourably to the prospect of a shorter work week. Sure, some people genuinely love the grind, but a recent survey found that 88 per cent of Canadians would take a four-day work week if their employer offered it – provided they could keep the same salary, of course.

A four-day work week sounds ideal, but could it actually happen in Canada? We’ve heard about its recent success in Japan, which resulted in a marked boost in productivity. But if it feels impossible based on your current workload, you’re not alone.

The survey, commissioned by Citrix and conducted by OnePoll, determined that Canadians are working an average of just more than four hours over their regular business hours. In reality, it seems like we’re closer to a six-day work week than a shorter one.

So, why are we working so much? According to Canadian workers, despite the existence of technology that enables greater efficiency and productivity, the top reason cited for working overtime is the culture of the business (37 per cent), followed by unrealistic targets and workload (22 per cent), and simply wanting to do the extra work (21 per cent).

Are attitudes the same in other countries? The research surveyed eight countries worldwide, including Norway, Germany, United Kingdom, France, Denmark, Italy, Mexico and Sweden. Of all the countries, the average overtime hours spent was four hours and 36 minutes, and the top reason cited for it was the same –the culture of the business. But it seems that Canadians feel much stronger pressure from current workplace culture than their counterparts around the world (37 per cent, compared to the global average of 23 per cent).

A culture of unhealthy work habits

Our current culture of overtime acceptance (and even encouragement) isn’t doing us any good in terms of work/life balance and health, and it’s not that great for productivity either. You’ll find numerous studies and interviews with experts that point to the many reasons why working overtime is physically bad for you, including increased fatigue, risk of injury and even chronic illness later in life. And when it comes to productivity, research has shown that it drops immediately upon starting overtime and continues to drop.

We know that overtime is bad for a lot of reasons, but, strangely, we’ve built up this culture of work in Canada that glorifies it. The survey revealed that 32 per cent of Canadians still believe employers reward and promote those who work longer hours. In a competitive job market where the cost of living is rising, its no wonder people would want to live up to these expectations, even if they seem unrealistic and even if it comes at a cost.

Shifting our mindset toward a healthier, more productive work culture

To make a four-day work week happen in Canada, it’s clear that we need a shift in culture, and it must start from the top. In order to change the mindset that equates working long hours with success, Canadian companies need to reassess how they measure employee productivity. Leaders need to move from evaluating employees based on the number of hours they work between 9 a.m. and 5 p.m., to the valuable outcomes they deliver.

Solutions exist that make it possible for employees to deliver those outcomes from anywhere at hours that work best for them; these include desktop virtualization, cloud computing and software as a service. These tools enable efficient remote collaboration, but not every organization has them in place. In fact, Canadians identified the pressing need for their organizations to upgrade technology with improved processes as the top solution to help reduce extra time worked.

Moving closer to being more productive on our own terms

While it still seems years away, a four-day work week is possible in Canada, but companies must shift their thinking around how employee productivity is being measured and embrace a more innovative workplace in order to make it a reality. A more people-centric approach where leaders discover how and where their employees work best, powered by modern technology that enables them to do so efficiently, will help Canada move toward a healthier work week that benefits everyone in the long run.

Want to transform your industry? Be ready to embrace resistance
November 1, 2019 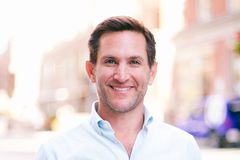 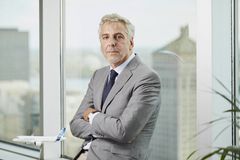 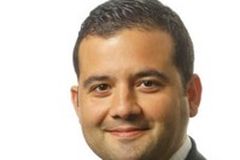