Sebastien Betermier is an associate professor of finance at the Desautels Faculty of Management at McGill University.

Much like large public-sector pension plans, university funds are under pressure to divest from coal, oil and gas and shift their portfolios toward sustainable investments.

In late November, University of Manchester students threatened to go on hunger strike unless the institution committed to completely divesting from its holdings of fossil fuel companies. Hundreds of Harvard and Yale students gathered during the annual football game to make a similar request. If Time’s choice of Greta Thunberg as Person of the Year is any indication, student-led environmental activism will only gain political momentum and influence.

And Canadian universities are paying attention. As reported in this paper that same month, Montreal’s Concordia University announced a five-year commitment to withdraw all investments from the coal, oil and gas sector before 2025. Laval University and University of Quebec at Montreal have taken similar action. Earlier this month, McGill’s board of governors committed to reducing the overall carbon footprint of their investments through decarbonization of the university’s endowment portfolio, investments in sustainable ventures, active shareholder engagement and annual reporting on socially responsible investments.

The need to address the environmental impact of investments is clear, but what is less obvious is how to scale down fossil fuel investments in a way that balances the interests of all the stakeholders involved. Should fund managers be making rapid, definitive decisions to completely divest from fossil fuel stocks, or should they consider withdrawing progressively?

This November, the McGill Investment Portfolio Challenge, the world’s premier buy-side competition, took on the task of finding creative strategies to address this issue. For two months, 87 student teams from universities around the world were given the case of a hypothetical $15-billion Canadian pension fund, heavily invested in the local oil and gas industry, with a board of directors under pressure to divest from the sector, and conflicted about how to proceed.

The advantage of a complete divestment strategy is that it shows the fund’s political commitment to withdrawing from the fossil fuel industry. It also eliminates the fund’s exposure to the risk of fossil fuel stocks falling in value once greener technologies take over.

A disadvantage student teams found was that such a strategy does not consider the underlying problem that there is no green fuel replacement presently in sight. Moreover, it only focuses on oil and gas producers rather than big energy consumers. For example, investing in a cruise operator that consumes large quantities of oil but divesting from the industry that produces that oil is contradictory.

Another downside of complete divestment is that, if a fund exits the sector completely, it gives up ownership stake and thus loses the political power to influence businesses in this sector. Martha Hall Findlay, president of the Canada West Foundation and soon-to-be chief sustainability officer at Suncor, said that she finds the recent institutional decisions to divest fully from the sector “completely misguided” and “that being at the table can accomplish more than simply vacating the space.”

The winning proposals of the challenge all came to the conclusion that an optimal strategy should focus on a clearly communicated, carefully planned and phased transition toward responsible investments. It should include active shareholder engagement. It should also ensure that no single stakeholder group is disproportionately affected by the transition. Finally, it should focus on investing in a diversified set of green ventures in which affected communities have a need or a comparative advantage. This will mitigate risk and grow entrepreneurship in this sector.

What is clear from these questions and ideas is that an environmentally sound investment strategy should strive to be comprehensive, carefully planned and cognizant of the needs of all the stakeholders involved. The investment community has great power over the future of our world. It will make a hugely positive impact if it prioritizes investments that align long-term profitability with environmental sustainability. 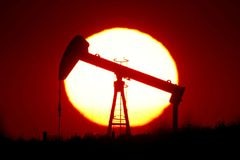 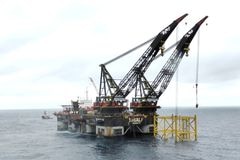