That was the proclamation of an old friend of mine, as we sat hashing out the election campaign over a beer next to a late-summer campfire.

Another buddy sitting next to him nodded. The problem, he said, is that it’s an issue that only matters to a narrow segment of voters. If you don’t have kids under 5, he contended, it’s not going to determine your vote.

Yes, my friends are middle-aged, middle-class men whose families long ago outgrew the need for child care. But they’re not wrong. Despite national affordable daycare being perhaps the biggest source of divergence between the Conservative and Liberal platforms, there’s little evidence that this has formed a key wedge issue for most voters.

What if child care was a dads’ issue too?

Opinion polls rank child care far down the list of voter priorities, which are dominated by issues such as COVID-19, health care, climate change and the economy. (In a recent Ipsos poll, just 5 per cent of respondents listed child care among the top three issues affecting their vote.)

But this should matter more – a lot more – to the other 95 per cent of voters. Because child care is not a niche issue only affecting young suburban parents. It’s absolutely an economic issue – a big one. And it affects all of us.

Growth in labour supply is essential to economic growth – and that presents a pressing problem for the Canadian economy over the next decade, as the population ages and rising numbers of baby boomers fade into retirement. Canada can no longer count on natural growth in its working-age population to offset the unstoppable forces of demographics.

We’re headed for a prolonged period of weak growth, one that will weigh on our nation’s living standards and threaten our capacity to sustain public services – unless we can find other ways to expand the labour supply. One big part of the solution it to tap into the significant underused labour supply that already exists in our population: working-age adults who currently do not participate in the paid work force.

Affordable, accessible child care is the key to unlocking that supply.

The labour force participation rate among women 25 to 54 – the most productive age group in the labour market – is nearly eight percentage points below that of men, and primary responsibility for child care is a major contributor to that discrepancy. That gap represents roughly 600,000 women who could potentially be available for paid work, but aren’t. Access to low-fee child care is instrumental in freeing up that labour and narrowing that gap.

The best and most relevant evidence of that comes from Quebec, which has had a provincial low-cost child-care plan in place for more than two decades. The province’s female labour participation in that prime age group has risen to 86 per cent today from about 73 per cent in the mid-1990s. Quebec has transformed from one of the lowest women’s labour participation rates in the country to one of the highest.

Affordable child care is not an election goodie, it’s a critical investment in economic potential. We should view it on par with commitments to building public infrastructure. Without such investments, many other voter priorities become non-starters. Robust labour growth is critical to sustaining an economy that can support our growing health care needs, pay for our climate policies, contain our government deficits.

The leading contenders in this election know that; it’s no surprise, then, that they all brought to the campaign serious proposals for addressing affordable child care. For that, we should be encouraged. But the Liberals and Conservatives have very different views on how to get there.

The Liberals have been nailing down deals with provincial governments (who ultimately oversee regulated child-care services) to achieve $10-a-day daycare within five years, a pledge that includes building 250,000 daycare spaces across the country. The Conservatives want to go a different direction: a tax credit that would refund up to 75 per cent of daycare fees to parents, with the benefits skewed heavily toward lower-income Canadians.

The question for voters is, are we best served by a plan that takes pricing out of the hands of daycare providers, creating universal affordable child care with the government essentially driving the new model? Or do we believe our social and economic needs are better served by policy that greatly reduces costs for those most in need and most hampered by prohibitive child-care costs, while leaving it to market forces to set prices and create spaces to meet demand?

It’s a big question, and one that should be a much bigger deal to all Canadians as they prepare to cast their votes. It’s disappointing that this has gotten largely lost in the sound bites and sales pitches of the day-to-day campaign. 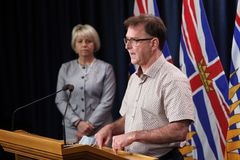 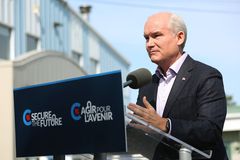