In early April, political events elevated the NAFTA negotiations from the working level to the political level, giving the talks new momentum, and also triggering a flurry of speculation about whether the finish line is in sight. All week, a handful of reporters has been camped out in front of the headquarters of the United States Trade Representative in Washington hoping for an announcement. If I were a betting woman, I would say the odds are against a resolution in early May.

Here’s where things stand so far.

By the end of March, after seven rounds of negotiations, agreement on about six of 32 prospective NAFTA chapters was concluded, with little to no movement on the most contentious issues: the sunset clause; dispute settlement; government procurement; labour; and rules of origin in the automotive sector. No eighth round was scheduled but, over the past several weeks, ministers and working groups have been meeting for intensive talks. The Mexican media are reporting that 10 of the 32 chapters are now closed.

Among the triggers for the accelerated talks was U.S. President Donald Trump’s tweet that steel and aluminum tariff exemptions for Mexico and Canada would be tied to reaching a NAFTA deal by May 1. But this is not just an attempt to force action. From the start, negotiators have been aware of the need for a contingency plan to deal with the political interruption caused by the Mexican presidential elections in July, and U.S. congressional midterms in November.

The accelerated discussions of the past three weeks have generated real progress, but is it enough that the three negotiating parties are willing to agree to a successful outcome before all the details have been worked out?

Despite heroic efforts on the part of the negotiators, it is hard to understand how the three countries could conclude a substantive legal text in just a few weeks. By some reports, the volume of outstanding legal text facing the negotiators would require about nine months of talks under normal circumstances. Even with round-the-clock technical meetings, each of the negotiating teams is obliged to return to capitals for consultations on new proposals with political decision makers and industry stakeholders. This type of communication and consensus-building takes time.

With a complete and substantive deal most likely out of reach in the near term, the United States is suggesting an agreement in principle (an agreement to agree?) to tide the three countries over during the elections. I think it’s fair to say that all parties are at least considering this option, but the case for a swift agreement is not clear.

Here are the factors favouring an agreement in principle:

The accelerated discussions of the past three weeks have generated real progress, but is it enough that the three negotiating parties are willing to agree to a successful outcome before all the details have been worked out? Canada announced a similar agreement-in-principle in advance of the final ratification the Canada-EU free-trade agreement in 2013, but those negotiations were substantially complete before the announcement was made. For a NAFTA agreement-in-principle to make sense, the negotiations would have to be very close to the finish line.

What accounts for the prolonged ministerial meetings this past week if not a final deal? It’s probably that movement on the contentious poison pills requires more decision-making authority than working-level negotiators have at their disposal. Ministerial presence is required to move the most contentious issues out of the starting blocks.

The deal-in-principle option is only worth considering if each country believes that its most important issues are resolved, but the top priorities for each country are quite different: The United States wants reforms in Canadian dairy markets and Mexican labour; Canada wants a dispute-settlement mechanism; Mexico wants to ensure uninterrupted market access for fruits and vegetables, and so on. Moreover, the costs and benefits of the deal are dispersed by sector and by region. Foreign Minister Chrystia Freeland cannot return home with a great deal for dairy but nothing for autos and timber.

The real “art of the deal” is achieving the fine balance between costs and benefits with foreign trading partners and also with domestic constituents. Leaving the talks too early makes these tradeoffs impossible to achieve. Despite all the theatre of recent weeks, Canada’s message has been consistent. While it is willing to remain at the table to explore all possible options for settlement, it is not willing to accept a new NAFTA that is stripped of benefits on which Canadian businesses have come to rely. 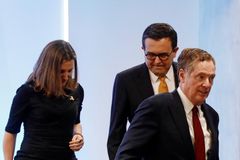 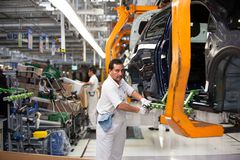 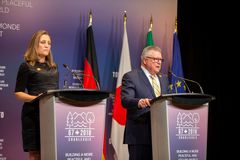