The bizarre meltdown of QuadrigaCX has prompted predictable calls to regulate cryptocurrency exchanges.

But regulate what, exactly?

The exchange was run by boyish-looking 30-year-old Gerald Cotten, mainly on a laptop from his home in rural Nova Scotia. The company had no corporate bank account, no outside directors and few employees, according to filings in support of the company’s effort to seek protection from creditors.

Now Mr. Cotten is dead, and no one can break into the encrypted computer where he apparently stashed $180-million worth of virtual currencies belonging to the platform’s 100,000 users.

We regulate many things in Canada – from drinking to skinny-dipping – but this is one area regulators should probably avoid.

Here’s the problem: Bitcoin and other cryptocurrencies are not money. And based on their plunging value in the past year or so, they aren’t particularly good investments either. Many are now worthless.

In depth: A laptop, a sudden death and $180-million gone missing: Quadriga investors search for their cryptocurrency

Quadriga’s customers can’t pretend they were not warned about the dangers. At the peak of the hype over cryptocurrencies in late 2017, Bank of Canada Governor Stephen Poloz dropped his usual cautious tone on policy issues with this stark warning:

“The term ‘cryptocurrency’ is a misnomer – crypto, yes, but currency, no,” he warned in a speech about the things that keep him awake at night. “For something to be considered a currency, it must act as a reliable store of value, and you should be able to spend it easily. These instruments possess neither of these characteristics, so they do not constitute money.”

For that reason, the central bank has no role in regulating cryptocurrencies. It is, however, experimenting with blockchain – the technology underlying crypto assets – and it’s tracking the risk these assets may pose to the stability of the financial system as their use grows. The total value of crypto assets stashed around the world is now estimated at $230-billion, according to the Bank of Canada.

This effort seems fraught with danger. Crypto trading is a risky business that easily crosses international boundaries. And with limited resources, regulators already have their hands full with a multitude of traditional investments.

Regulation would provide the industry with unwarranted legitimacy, and a false sense of comfort for investors.

Quadriga’s operations were far from mainstream. Mr. Cotten’s widow, Jennifer Robertson, said her husband kept no corporate documents in the house they shared in tiny Fall River, and at times “advanced personal funds” to ensure Quadriga customers were paid, according to an affidavit filed this week with the Supreme Court of Nova Scotia.

It’s hard to imagine what draws ordinary investors to cryptocurrencies, other than curiosity and greed. They have more in common with lottery tickets or pieces of art, neither of which are subject to securities regulation.

Crypto assets are also of dubious practical value. The vast majority of Canadians already have access to a multitude of easy and affordable ways to spend, invest and move their money. That explains why just 5 per cent of Canadians own cryptocurrencies, according to a recent Bank of Canada survey.

Even before the QuadrigaCX debacle, there were danger signs in the marketplace for buying and selling cryptocurrencies. There has been a rash of hacks involving other exchanges, including last year’s theft of more than US$500-million from Tokyo-based Coincheck and a US$450-million heist from Mt. Gox in 2014.

It’s not even clear the cryptocurrencies supposedly locked in Mr. Cotten’s laptop are still there. The Wall Street Journal reported that the missing crypto assets may have been moved to other exchanges in recent weeks.

A key attraction for some people who buy and trade cryptocurrencies is precisely because they inhabit a murky world, largely beyond the control of governments and financial institutions.

The trade-off for that anonymity is much greater risk.

By all means, regulators should keep a wary eye on cryptocurrency trading.

But the focus should be on enforcing existing laws – including fraud, money laundering and terrorism financing – not on imposing new rules to protect investors, who should know better. 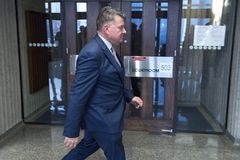 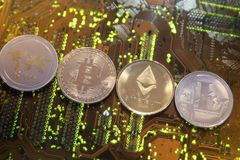