Ontario’s Progressive Conservative government has reduced funding at centres that support small businesses across the province.

Most centres are taking the news in stride, but some of the managers are concerned about the impact on small businesses that Premier Doug Ford has described as “the lifeblood of their communities.” The government said there will be no reductions to SBEC base funding, but some of the agencies won’t see the increases provided in recent years under the previous Liberal government. Some SBECs received program funding top-ups based on demand in their area.

The concern is the loss of funding will reduce jobs and economic activity across the province.

“At the end of the day, it’s a service cut. It means the number of entrepreneurs we can serve is reduced,” says Chris Rickett, manager of entrepreneurship services at the City of Toronto, including the city’s three small business centres.

The decrease in funding, which varies for each of the 47 SBECs across the province, comes alongside other provincial government cuts made or expected at some of Canada’s top innovation institutions such as the Ontario Centres of Excellence, according to a Globe and Mail report earlier this month. The Ford administration has been slashing costs across a number of ministries amid a promise to balance the provincial budget in five years.

In an e-mail, Ontario Economic Development Ministry spokeswoman Sarah Letersky said the government recognizes the “value [SBECs] provide communities and job creators across the province, and that is why our government is continuing to provide funding.”

Ben Eisen, a senior fellow with the Ontario Prosperity Initiative at the Fraser Institute think tank, doesn’t believe the cuts will harm the province’s business climate. He says governments should focus more on creating a “more positive” and competitive environment for businesses over all, instead of offering funding and subsidies for specific programs.

“It’s much more about creating an environment that’s conducive to growth in entrepreneurship and investment,” Mr. Eisen said, citing corporate tax cuts as an example of a policy move that can help spur investment and job creation. “That’s the most important way that governments can help create jobs and help encourage entrepreneurship in the province.”

The Canadian Federation of Independent Business hasn’t heard any concerns about the SBEC funding cuts, said Julie Kwiecinski, director of provincial affairs for Ontario. “It’s difficult to pinpoint exactly how many of our small-business members are aware of their services or benefit from their services, so we’ll continue to keep our eyes and ears open for any potential feedback.”

Daniel Schwanen, vice-president of research at the C.D. Howe Institute, says it’s fair for governments, especially those in deep debt such as Ontario, to examine the level of funding given to small business and entrepreneurs and make cuts where deemed necessary.

“I don’t think anyone … is saying that it’s not important to help companies grow,” Mr. Schwanen said. “I think we can be more effective at it and, in the context of budget cuts all around, it’s normal that these programs would come under scrutiny.”

Still, SBECs say the reduction in program funding will have an impact on their communities. Wendy Onstein, lead consultant and manager at the Leeds Grenville Small Business Enterprise Centre in Brockville, says the programs have helped dozens of businesses in her area get off the ground and grow.

Her centre’s budget was cut by a third, about $99,000, which has led to a reduction in the number of spaces the centre can provide in each program.

Ms. Onstein said she understands the province needs to make cuts to reduce its overall debt, but is a bit surprised with how deep the reductions are given the Ford government’s regular talk about supporting small business.

“It’s definitely disappointing and we hope it won’t be the reality forever, but if we have to do our piece to get back on our feet again [as a province], then it is what it is,” she said.

Meantime, Ms. Onstein said her centre may have to increase certain fees or start charging for events to help make ends meet. Many SBECs are also talking about working together to conserve costs. “The small-business centres will have to become more entrepreneurial and really practice what we preach,” she said.

While any cuts would have an impact on services, Mr. Rickett said the hit isn’t as painful for the City of Toronto given that the provincial contribution accounts for about 12.5 per cent of its base funding for the city’s SBECs.

“The impact in rural areas is much more pronounced than it will be in the city,” Mr. Rickett said.

Terri Plaxton Smith, managing business consultant with the Muskoka Small Business Centre in Bracebridge, said cuts to its Starter Company Plus funding will “drastically impact” not only funding to eligible businesses, but also access to training and mentoring that are a big part of the program.

“This is taking away opportunities from small business, especially in a small community where they can be hard to come by,” she said. “These cuts do hurt – and not just one individual here and there. It hurts the whole community.”

While Shopify and Mailchimp fight, their small business customers suffer
Subscriber content
May 9, 2019 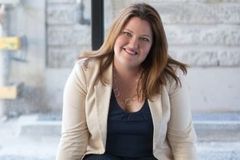 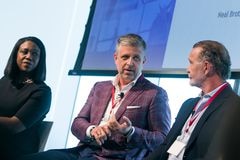 Small business to get rebates for some of the cost of energy efficiency projects
March 4, 2019 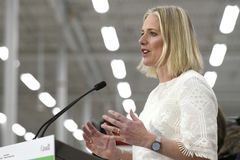