On a cool afternoon in March, just more than a week into Alberta’s provincial election, Ken McCoy stepped outside his west Edmonton home and called out to the leader of the Alberta Party.

“Stephen!” he shouted to Stephen Mandel, who was walking nearby amid a sizable crowd of volunteers, campaign staffers and other Alberta Party candidates. “I didn’t know you had this many friends.”

“I don’t,” Mr. Mandel joked back, picking his way through the melting snow and ice on the sidewalk. “We bribed them all. Every one of them was bribed.”

Seventy-three years old, with a silver ring of hair and a taste for colourful bow ties and snazzy eyeglasses, Mr. Mandel is a familiar figure in Edmonton. He was mayor for three terms from 2004 to 2013, and before that a city councillor and business owner. He’s particularly well-known in the riding of Edmonton-McClung, his home for 45 years and where he’s currently campaigning as both the Alberta Party Leader and a candidate.

“He’s very popular in this area,” Shari McCoy said, joining her husband on the doorstep. “I remember when he was running for mayor. He was not leading. Right up until the very end, people were expecting other people to win. But it was like a landslide in the end, he just came on so strong.”

In an election dominated by the increasingly fractious battle between the New Democratic Party under Rachel Notley and the Jason Kenney’s United Conservative Party, Mr. Mandel and his Alberta Party are trying to stake out territory somewhere in the middle, with an approach they characterize as fiscally conservative and socially progressive, and broadly more pragmatic than ideological.

“We think most Albertans are from the centre,” Mr. Mandel said, speaking with The Globe and Mail while door-knocking in his riding last week. “And the centre doesn’t mean that you don’t have strong opinions. It simply means that you are trying to find a balance.”

The riding of Edmonton-McClung represents about 45,000 people and spans a section of west Edmonton cut sharply by Anthony Henday Drive to the west and dissolving into the forested river valley at the east. Its namesake is Nellie McClung, who was elected to the legislature as a Liberal in 1921 and, as one of The Famous Five, helped have women declared “persons” under law so they could serve as senators.

The riding covers a diverse swath of the city, from modest, working-class houses to tangles of low-income townhouses, and enclaves that include some of the city’s most expensive luxury homes. The storied West Edmonton Mall, the largest mall in North America, anchors the riding. 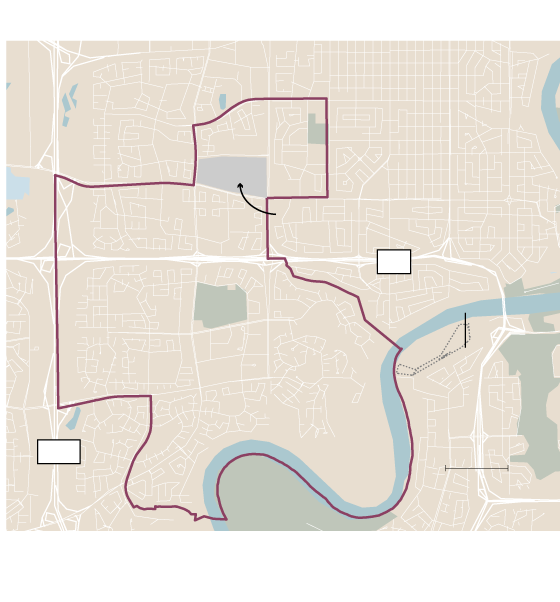 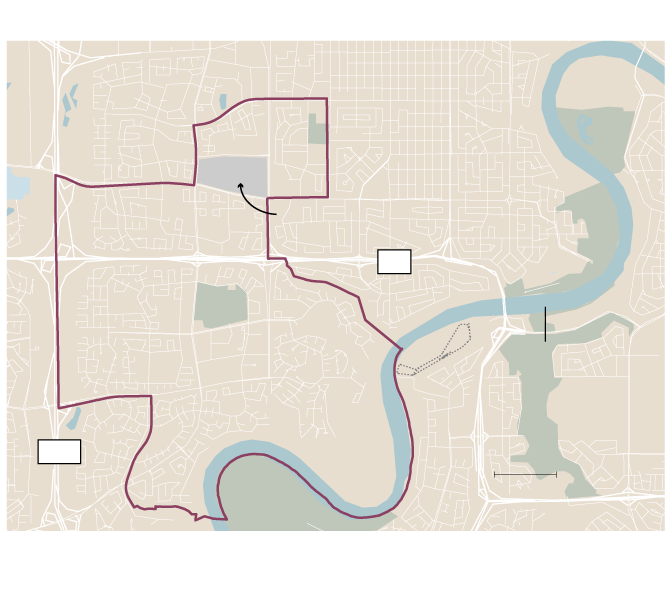 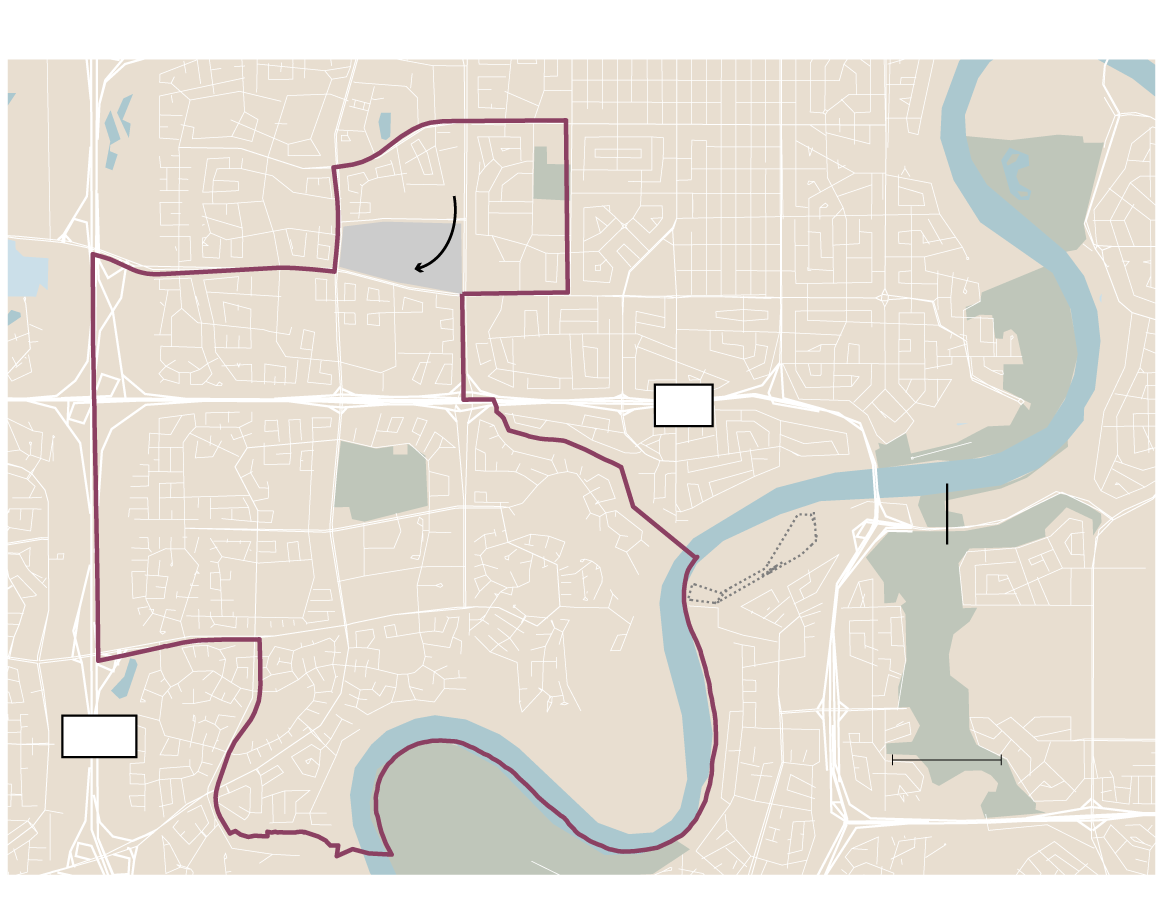 “Diverse is the word,” said the NDP incumbent, Mr. Dach, who sold real estate in the area for 30 years before being elected MLA in 2015. He noted that about 20 per cent of the people in the riding live below the poverty line. And while this economically and socially diverse environment is one where Mr. Mandel and the Alberta Party hope to find footing, Mr. Dach says he’s been hearing little about third parties on the doorstep, and that the people he’s speaking to during his eight-hour door-knocking stints are seeing the April 16 election as “a two-horse race” between possible premiers.

“They are looking closely at those options: Rachel or Jason,” Mr. Dach said. He said he thinks many voters also recognize that a vote for anyone other than Ms. Notley is a vote for Mr. Kenney, which “scares the heck out of some people.”

Ms. Mozeson, the UCP candidate, didn’t respond to requests for an interview.

Mr. Mandel served briefly as provincial health minister after being appointed to the position by Jim Prentice in 2014, but was swept out with the Progressive Conservative government by the NDP’s “orange wave” seven months later. He departed the PC fold after its merger with the Wildrose Party created the United Conservative Party in 2017.

Originally founded in the 1980s, the Alberta Party has reinvented itself in the past decade as a more-centrist conservative voice. Mr. Mandel won the leadership in early 2018, and since then, has remained consistent in a goal of forming government. The party won just over 2 per cent of the vote in 2015, but has put forward a full roster of candidates across the province in this election, and Mr. Mandel says his goal is to win 45 seats, enough for a majority. But to make even modest gains, the party faces a significant battle in a very tight timeline, with the dual challenge of raising awareness about their candidates and policies, and making inroads against two dominating parties – and ideologies – in a hot political atmosphere.

At one doorstop, a woman asked the Alberta Party volunteers, “Are you liberals or are you conservatives?”

Around Edmonton-McClung, election signs for all the parties have been rising in sparse stands like sprouts in the spring. Along some roads, Mr. Mandel’s face appears smiling from bus benches.

Down the street, Joey Meyer flagged down Mr. Mandel and promised him a vote. Mr. Meyer said he’d been planning to abstain from voting until he saw Mr. Mandel was running.

“I don’t like the choices,” Mr. Meyer said. “I’m a small-c conservative, and I always have been since I was 18. I can’t vote NDP, and I don’t want to vote for the guy out of Calgary.”

Mr. Mandel says he’s hearing this kind of sentiment frequently and it’s why he doesn’t subscribe to the view that the election is only a race between two opposing parties and their would-be premiers.

“They’re trying to make this race out for two parties, but more and more what we’re finding is that people don’t like the two choices," he said. “As a result of that, people are looking at our party as another option.”

Whether Mr. Mandel can win his seat in Edmonton-McClung – and how the other Alberta Party candidates fare across the province – will show to what extent other Albertans agree.

“I believe in him. I’ve known him for a long time, and we need change,” Ken McCoy said, after accepting an Alberta Party sign for his lawn. “I think we need new blood. New life.”

Shari McCoy added, “As much as we don’t want the NDP to repeat, some of the things Kenney says are a bit extreme.”

Asked if she believes there’s a place for a party somewhere in the centre of Alberta’s divided political landscape, Ms. McCoy said: “I hope so.”