Calgary’s Olympic bid corporation says the city and Alberta stand to see a five-to-one return on their investment if they have another turn at hosting the Winter Games in 2026. Here is a closer look a what’s behind a projection some economists are calling overly rosy:

What does the Calgary 2026 bid committee say the costs and benefits are of hosting the Olympics?

The price tag was pegged at more than $5.2-billion in a draft hosting plan presented to city council on Tuesday. Of that, taxpayers at the municipal, provincial and federal level are on the hook for $3-billion.

Calgary 2026 CEO Mary Moran’s presentation included another eye-popping number: an infusion of $7.4-billion that would not flow into Alberta and Calgary otherwise.

What is included in the $7.4-billion figure?

It includes up to $1.5-billion Ottawa could kick in along with $2.2-billion in direct private-sector investment. It also bakes in a $2-billion boost to Alberta’s GDP and $200-million in provincial and municipal tax revenue.

And it lumps in $400-million on two new venues – a field house and mid-sized arena – and $500-million to refurbish old ones that would be included in a bid, many of which date back to Calgary’s last Olympic go-around in 1988. There is another $600-million for temporary accommodations for athletes, media and officials that would be converted into mostly affordable housing long-term.

The $7.4-billion total, against the $1.5-billion from Calgary and Alberta coffers, amounts to a formidable five-to-one bang-for-the-buck, according to Calgary 2026’s calculations.

“We’ve taken a very conservative approach in this,” Moran said.

Are the projected benefits realistic?

“The economic benefits were dramatically over-stated,” he said. “They don’t account for the fact that spending on the Olympics comes at the cost of either higher taxes now or in the future or lower spending elsewhere.”

Concordia University sports economist Moshe Lander, who teaches in the summer at the University of Lethbridge’s Calgary campus, said he’d like to know how the Calgary 2026 vision compares to what would happen without a bid.

What would be invested in the aging Saddledome? Is a new NHL arena going to be built anyway?

“First of all, I don’t believe the numbers. And second, even if I believed the numbers, you’re not telling me what the alternative looks like.”

What about the costs?

Lander likens the price tag to an initial quote from a contractor before a home renovation.

“Any reasonable homeowner would know that it’s on the low end because they don’t want to create hysteria and panic by giving you a high-end estimate,” he said. “They also don’t want to come in too low because they know you’re going to be infuriated when everything comes in over budget.”

The Calgary 2026 price tag includes $1.1-billion in contingencies, should there be any cost overruns.

Lander said that gives him little comfort as the last 10 Olympic cycles – not including Sochi in 2014 and Beijing in 2008 – have averaged cost overruns of 50 per cent.

Tombe said he can’t see how Calgary’s proposed $610-million security budget can come in below the $900-million budgeted for Vancouver.

And he notes Calgary 2026’s vision also doesn’t include any ancillary infrastructure spending, like the new airport rail link and convention centre that coincided with the Vancouver Games.

Tombe said reasonable people will come down on both sides when Calgary holds a non-binding plebiscite on a potential bid Nov. 13.

“We should decide whether we want to host the games because of a desire to promote sports, community engagement, national pride and so on,” he said. “But we should ask whether those non-economic benefits are worth the costs.” 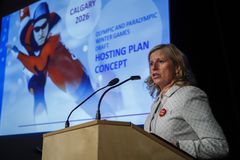 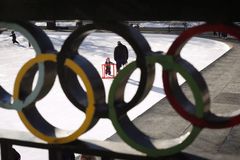