Soon after the pandemic began, so did the takes about the future of cities. Commentators began claiming that urban density had something to do with the spread of the virus.

They seemed to make intuitive sense: Of course cities would be where the virus is happiest. Time to run for the hills!

The idea is powerful. But it’s wrong. In several of the places where COVID-19 has hit hardest, early studies suggest that dense urban living is not the culprit.

If that surprises you, it may be because you think of “density” and crowding as the same thing. They aren’t. Density, in city planning jargon, has to do with how many people live or work in a particular place. But crowding – being in direct physical contact with other humans – is another thing. Imagine you live in an apartment building with a thousand neighbours but you stay at home alone. You’re likely safe.

New York State Governor Andrew Cuomo made this mistake early on, talking about New York. “There is a density level in NYC that is destructive,” he said.

This is not life as usual.

There is a density level in NYC that is destructive.

NYC must develop an immediate plan to reduce density.#StayAtHome

In fact, in the New York area – among the worst-hit places in the world – many of the neighbourhoods and municipalities with the highest rates of infection are not in dense Manhattan. The virus first hit the suburb of New Rochelle; since then, the four suburban counties that border New York have consistently had more cases per capita.

A World Bank study of 284 cities in China makes a similar point. Beijing, Shanghai and Shenzhen, among the densest of the country’s cities, have among the lowest per-capita rates of transmission. The worst hit: the pandemic epicentre, Wuhan, and smaller cities with economic links to it. “We notice that the group of dense cities are also the wealthier ones,” the bank’s Wanli Fang and Sameh Wahba write, “more able to mobilize enough fiscal resources to cope with the coronavirus. This partly explained their low infection rates.”

Compare Shanghai with New York. One city had a quick and robust public-health response to the virus; one did not. One has public institutions that reach effectively into every corner of the metropolis – and an authoritarian government. One does not.

Now, it’s also true that dense neighbourhoods can be crowded. In Canada’s older tower neighbourhoods, such as Toronto’s St. James Town, many people live in cramped conditions with roommates. And they are unlikely to have office jobs that allow them to work at home and avoid infection.

The problem here isn’t too many apartments. It’s too few apartments – too little adequate and affordable housing. People choose to live where they find economic opportunity and community. If they are crammed into a downtown apartment or a suburban rooming house, they will suffer.

Some early findings from the Ontario research group ICES support this argument. Racial minorities, people with low incomes and people with unstable housing are all significantly more likely to test positive for COVID-19.

You can’t talk about housing without also talking about transportation, and it’s important to acknowledge that public transit could provide sites of transmission. One immediate answer should be a new network of bike lanes, with special attention to vulnerable and dense neighbourhoods, to provide a safe alternative. Montreal is doing this. Toronto City Hall has promised to do likewise, and community groups are calling for such action.

Coalition calls for 100 kilometres of bike lanes, including "spines" along Bloor and Yonge https://t.co/uKXAzhHaL8

This is the right prescription.

The false idea that cities are centres of plague could be dangerous to our social, economic and environmental future. The right lesson isn’t to leave cities behind. It’s to ensure that they work well – and have room for everyone. 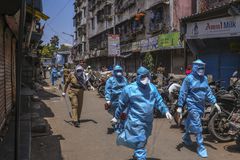 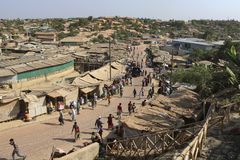 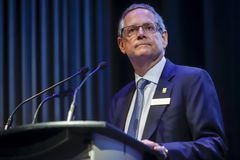