A Quebec coroner’s inquest heard Wednesday how an orderly tried to bond with an elderly woman suffering with dementia amid the chaos of a nursing home that later was hard hit by COVID-19.

Coroner Géhane Kamel’s inquest is looking at the pandemic’s impact on Quebec’s elder-care homes. The inquest focused this week on Maria Lermytte, a 92-year-old with dementia and Parkinson’s disease who died on April 6 after a coronavirus outbreak started at the Laflèche long-term care home in Shawinigan.

Ms. Lermytte was known to some employees as an aggressive resident, prone to screaming.

But an orderly testifying Wednesday described how she came to appreciate Ms. Lermytte, despite working in a squalid setting sometimes infested with insects and bats.

The orderly, whose name cannot be disclosed because of a publication ban, said she realized that the Belgian-born Ms. Lermytte was asking in Flemish for her daughter.

She noticed a piece of paper taped on Ms. Lermytte’s door saying “Please don’t lock in my mother” and it tugged at her heart.

She found that it was the relatives of another resident who would shut Ms. Lermytte’s door to muffle her screaming. She told the relatives they had to close their parent’s own door. “You can’t isolate another person just because your ears are tired.”

The orderly said she learned that Ms. Lermytte was pleasant if one took the time to know her. She would brush the elderly woman’s hair and talk to her about her favourite movies, The Sound of Music and Titanic. “Every evening I told her, ‘Maria, I love you’ and she said she loved me, too.”

The chronic understaffing made it hard to provide good care, the orderly said. “In 11 years I never dealt with permanent nurses,” she said.

Care plans and medical notes weren’t properly kept up to date; it was hard to follow up if she reported sores or breathing problems.

In a written statement filed as an exhibit, Yolanda Gonzalez, a physician practising at Laflèche, expressed similar frustration.

“Sometimes I showed up on a floor and there was no [nurse]. If there was one, it wasn’t always the same one so the work was difficult because she wouldn’t be up to date on the patients’ files,” the statement said.

Dr. Gonzalez recalled one time when relatives and the orderly reported that a resident had a cough but the nurse insisted everything was fine because she was thinking about the wrong patient.

“They work in too many locations. There is too much personnel rotation,” the doctor said.

She said on a few occasions employees had to chase away bats that had flown into Laflèche. Another time, ladybugs swarmed a resident’s room. She also recalled dead flies accumulating on the neon fixtures.

There were urine stains that didn’t get cleaned a week after she reported them. “Clean me” was scrawled with a finger on dusty TV screens.

The COVID-19 outbreak, which started with a staffer on March 22, eventually infected 107 residents, killing 44 of them.

Another orderly who testified recalled the chaotic attempts to segregate infected residents. It had to be done three times because the growing number of cases forced them to keep relocating people to increasingly larger “hot zones.”

Professional movers were hired to put the residents’ personal belongings in storage but they took away needed items by mistake so that people sent to the hot zone lacked familiar comforts such as slippers or sweaters.

A physician, Nathalie Brui, testified that staffers worked long, tense hours during the outbreak, knowing that one of their fellow orderlies, among the 84 infected employees, had to be intubated in intensive care.

Another witness, a social worker, became emotional when the coroner asked if there were things she wished had been done differently.

“I wish,” she said, “that the residents hadn’t been moved around. I wish we hadn’t emptied their rooms of their belongings. I wish we could have kept more of a routine, with movement, stimulation and not left them in their chairs. I wish Ms. Lermytte was still watching Titanic and The Sound of Music.” 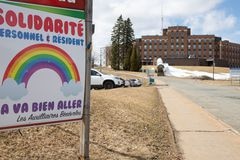 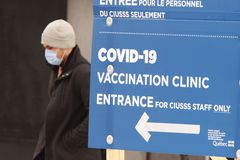 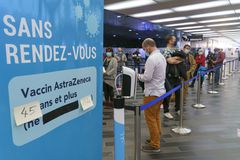