Thousands of Canadian Starbucks workers spent Monday in exercises aimed at examining personal biases and learning about the experience of racism, but the U.S.-made curriculum did not delve into Canada’s experiences with its Indigenous people.

Some 23,000 employees at the coffee giant’s Canadian stores followed the program first rolled out to staff in the United States last month, prompted by an April incident in which a manager of a Philadelphia location called police on two black men who were waiting for a friend, spurring accusations of discrimination and racial profiling. Company stores in both countries closed early for the training, although on separate days.

Canadian Centre For Diversity and Inclusion founder Michael Bach, who has worked with Starbucks for three years, acknowledged that the training materials focused largely on the United States, but said the country’s lessons can be applied to Canadians.

“When I first heard that they were using an American version of this training in Canada, I had the exact same response: Americans are Americans … the conversation around diversity and inclusion is very different here,” Mr. Bach said.

“I do think it’s relatable. An Indigenous person in a store, a South Asian person, any person of a non-Caucasian heritage can stand up and say, ‘This is my experience too,’ and be able to comment.”

Employees who spoke with The Globe and Mail, who did not want to be named for fear of losing their jobs, said the session seemed well intentioned, but missed its mark. An employee in Calgary, for example, said the discussions in videos failed because they kept referencing the United States. A short video introduction by Starbucks Canada president Michael Conway, meanwhile, completely sidestepped the country’s clashes with its Indigenous people, the employee said.

Employees at each location were divided into groups of three to five and given a team guidebook, personal notebooks and iPads on which to watch video segments. The self-led curriculum spanned four hours and was held at all 1,100 company-owned locations in Canada and involved about 23,000 employees, including managers and office staff.

In the video segments, U.S. Starbucks CEO Kevin Johnson said that being colour-blind – pretending not to notice race – “doesn’t even make sense,” and instead beckoned employees to be “colour-brave.”

Representatives from Starbucks and the Perception Institute discussed explicit and implicit bias and employed the Stroop test – in which participants are asked to read out the names of colours written in different colours – to draw awareness to the brain’s shortcuts and automatic associations.

An eight-minute documentary recapped the long history of discrimination against people of colour in public spaces, from racial segregation on buses and in restaurants during the 1960s, to the racist lawyer who spewed vitriol at Spanish-speaking employees of a New York deli just last month.

Exercises included employees identifying differences among themselves and their teammates, questions on when they first noticed their racial identity and whether there are ways in which employees treat people differently.

Mr. Conway said while Monday’s session was prompted by the Philadelphia incident, Canada also grapples with prejudices on issues such as substance use, homelessness and language.

“Canada is wonderfully multicultural and Canadians should be proud to be one of the most inclusive people in the world,” he said in a video played to staff. “But the world is changing. We are not immune to the complexities or biases and neither are our customers or our communities.”

The training sessions have elicited mixed reactions on both sides of the border. Some have commended the company for taking action on a prickly issue while others have dismissed the training as a public relations ploy that will yield few meaningful results.​

Vilayat Ahmed, a district manager in Toronto whom Starbucks made available for interviews, said the training helped him pause with intent to reflect on systemic wrongs.

Canadian Starbucks stores are closing Monday afternoon for anti-bias training. But does this type of education work?
June 11, 2018 Opinion
Starbucks has a grande-sized problem
May 28, 2018 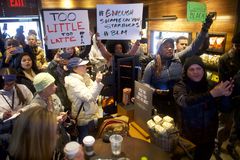 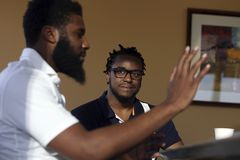