There will be no large parades, no mass gatherings at cenotaphs to commemorate Remembrance Day this year. COVID-19 is preventing Canadians from these traditional moments of honouring our veterans.

“We’re asking people, no matter where you are, if you are in a store or in your car, at 11 o’clock, pull over, stop what you’re doing and think about it for two minutes,” says Tom Irvine, the Dominion President of the Royal Canadian Legion.

The Globe and Mail talked to veterans across Canada about their plans for Remembrance Day, and what they will be reflecting on this year.

Born and raised in Minto, N.B., 102-year-old George Kelley was 21 years old and working in a coal mine when he signed up to join Canada’s Second World War effort. “My only thought was, everybody else was into it, so I better be, too,” says Mr. Kelley, who lives in Saint John. He spent four years as an airplane mechanic in the Royal Canadian Air Force. Stationed in England, he helped to ready planes for the Allied invasion of Normandy on D-Day and worked on aircrafts as they returned, repairing them to get back in to battle. To commemorate Remembrance Day he will visit a cenotaph near his home, likely driving by the small service. “I’ll be reminiscing about previous times. I’ll be remembering a lot of guys. Guys that we lost. Our losses were very big."

George Borden’s great-grandfather served in the First World War in the Number 2 Construction Battalion, Canadian Expeditionary Force, also known as the Black Battalion. Three of his uncles served in the Second World War. He and his three brothers all joined the Royal Canadian Air Force. He was 17 years old when he joined with his parents' permission. Mr. Borden served for 32 years, first as a physical training instructor and then in roles in administration and management, finally retiring with the rank of Captain (he lost both his lower legs to diabetes). Born and raised in Nova Scotia, Mr. Borden now lives in Dartmouth. He will likely commemorate Remembrance Day at home. “I always think of the No. 2 Black Battalion. I think of them first. Secondly, I’ll be reminded of the family members in the military. And then, looking at it from a military point of view, we’re all brothers so we should be thinking about one another,” he says.

100-year-old Robert Spencer was born in Montreal. He served in Canada’s artillery in the Second World War. “It was the thing to do,” he says of why he joined the military. He fought with an armoured division that saw action in Belgium, Holland and Germany. Mr. Spencer will be part of a small group participating in the Royal Canadian Artillery’s Remembrance Day ceremony at their monument in Ottawa, where he now lives. “Needless to say, I’ll be thinking about the thousands of Canadians buried in cemeteries across Europe. And I’ll be thinking of the day when my tank driver and I were standing beside the tank. We were hit by a shell. It killed him instantly. I got lucky. I got away with a shoulder wound. I think of him on Remembrance Day.”

Kareth Huber’s father was an aircraft mechanic in the Royal Canadian Air Force. “We were posted everywhere across Canada as well as over in France,” she says of her childhood. She joined the military when she was 17 years old, becoming a safety systems specialist in the Royal Canadian Air Force. She was a victim of Canada’s purge of LGBTQ military members in 1976. She continues to suffer from PTSD as a result of the experience. She will commemorate Remembrance Day standing on her doorstep. “I’m going to be thinking of my history. I’m going to be thinking about how far the military has come. I’m going to be thinking of all of the people that gave up their lives in previous wars,” she says.

Born and raised in Winnipeg, Jim Parks joined the Canadian Army to help fight in the Second World War a few weeks before his sixteenth birthday. His artillery division was part of D-Day, the Allied invasion of Normandy on June 6, 1944. By the time he returned home at the war’s end, he wasn’t yet 21 years old. On Remembrance Day he’ll be part of a ceremony in which people will pay their respects — and maintain physical distancing — as they drive by veterans gathered in a park in Uxbridge, Ont., near his home in Mount Albert. “It’s not just Remembrance Day. It’s all the days leading up to it. I’ll be thinking about our veterans and all the different guys I knew.”

A Mi’kmaq elder, Carolyn Orazietti joined the 22 Service Battalion, part of the Canadian Army Reserve, when she lived in London, Ont. A friend convinced her to join. “He told me about all the skills that you could learn,” says Ms. Orazietti, who lives in Surrey, B.C. “I always had great pride for veterans,” says Ms. Orazietti, whose grandfather served in the First World War. She spent three years in the Reserve, most of it in the transport division. To commemorate National Aboriginal Veterans Day this past Sunday, Ms. Orazietti attended a small ceremony at a cenotaph in Vancouver. To mark Remembrance Day, she will have a moment of silence at home. “I’ll be thinking of my grandfather and how he put his life on the line, and how all these veterans believed so much in the future of our nation and in freedom.” 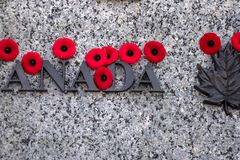 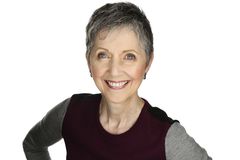 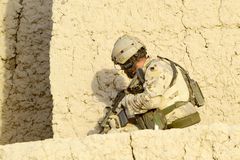