Sean FineJustice Writer
Published May 20, 2020 Updated May 21, 2020
Text Size
Please log in to listen to this story. Also available in French and Mandarin. Log In Create Free Account

A woman who was denied permission to enter Newfoundland and Labrador to attend her 75-year-old mother’s funeral has joined with a civil liberties group to challenge that province’s ban on non-essential travel from outside its borders.

“Not only was she denied the opportunity to grieve with her elderly father, who had just lost his wife of 55 years, but she was not given the opportunity to say goodbye to her mother,” says the challenge filed by Kimberley Taylor and the Canadian Civil Liberties Association in the Newfoundland and Labrador Supreme Court late Wednesday.

The civil liberties group, which is monitoring pandemic-related laws across Canada, says it is the first legal challenge to border restrictions that several provinces imposed to protect the health of their residents. It is asking the court to suspend the border ban until a full hearing can be held on the legality of the province’s measures.

Prince Edward Island and New Brunswick have similar bans, and Quebec had restrictions between Ottawa and Gatineau that were relaxed this week. But Newfoundland and Labrador is unique, according to the CCLA, in the extent of the police powers it created to enforce health laws.

Those powers include the right to detain, search and remove people from outside the province. The legal filing said it is not aware of any use of these powers, but added that the courts should not wait for it to happen.

A spokesperson for the Justice Minister said on Wednesday evening that the department was not ready to respond. The government has not yet been formally notified of the legal challenge, a lawyer for the CCLA said.

Ms. Taylor grew up in the province and now lives in Halifax. Her mother died unexpectedly on May 5, one day after the border ban took effect. She applied for an exemption and proposed to self-isolate for 14 days in her father’s basement. During that time, the funeral director would keep her mother’s body. After waiting for three days for an answer from provincial authorities, she was denied permission to enter (the letter expressed condolences), she said in a legal filing. (The filing says more than 500 people applied at that time, citing a media briefing that week.) Ms. Taylor called the rejection “beyond cruel.”

She and the CCLA argue that the border ban is illegal in two main ways.

They say it violates Section 6 of the Charter of Rights and Freedoms, which protects mobility rights. “We don’t live in a dictatorship. We’re allowed to move from province to province,” Rosellen Sullivan, a St. John’s lawyer representing the CCLA, said in an interview.

They say the border ban is also beyond a province’s authority, under Canada’s 1867 constitution setting out the division of powers between Ottawa and the provinces.

Ms. Taylor and the CCLA also say that the police powers expanded under the pandemic violate Charter rights. For instance, they say that police may search and detain someone without reasonable and probable grounds for doing so. They also say the law allows for removal from Newfoundland without a hearing.

Even a resident of Newfoundland and Labrador could be removed under this law, if they violate a health order, the CCLA and Ms. Taylor contend, because in their view, the police powers are not clearly connected to the travel ban.

Newfoundland has one of the country’s lowest rates of COVID-19. 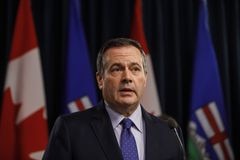 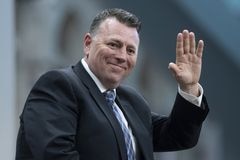 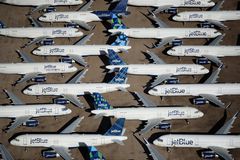