Canadians won’t be getting access to at-home COVID-19 tests, a decision by Health Canada that is being challenged by public-health experts who say at-home testing could play a significant role in managing the pandemic.

They argue that the benefits of at-home testing greatly outweigh any risks.

Dr. Colin Furness, an infection control epidemiologist and assistant professor at the University of Toronto, said that at-home testing could be a powerful way of preventing viral spread. If everyone in Canada were able test themselves every day, he said, then “you’d have no pandemic.”

“I think it’s a travesty that Health Canada would stand in the way of home testing with saliva/paper tests,” he said in an e-mail.

Health Canada, which regulates what medical and diagnostic tests are available on the market, won’t be approving at-home tests for COVID-19 because of concerns about their accuracy when used by the public.

“Without the guidance of a health care professional, there is a significant risk that a patient could use the home test kit improperly or misinterpret the results.”

Mr. Morrissette also said that the federal department was concerned that heath care agencies wouldn’t be able to properly track test results, preventing them from tracing the spread of the virus.

“This information is key to important public-health decisions involving disease control during an outbreak.”

The development of an at-home test for COVID-19, which can be completed entirely on one’s own without the need for a lab, has been the aim of many companies and innovators worldwide, and some have gotten close to achieving this goal.

In the U.S., the Food and Drug Administration recently approved a self-contained test from Abbott Laboratories that is the size of a credit card and provides results in 15 minutes, but still requires a health worker to perform the swab. The test uses lateral flow assay technology to deliver a result similar to a test for strep throat; the downside is that it might not have the same accuracy as the more widely used polymerase chain reaction test (PCR), which relies on a lab for results and is done with a swab.

A Yale University laboratory has also developed a test using saliva instead of a swab – it is being used by the National Basketball Association – but the sample still needs to be sent to a lab for results.

And in Britain, at-home swab kits are available to the public, but samples must also be sent by mail to a lab, and test results become available after several days.

Dr. Furness said that instead of thinking of at-home testing as a purely diagnostic device, Health Canada should treat it as a screening tool in which people who test positive would then go to their doctor for a test to confirm it.

“The objection about tracking again takes this to be a definitive diagnostic test [ordered by a physician], rather than as a screening test, which is how it should be seen for home use,” he said.

While at-home tests might have less sensitivity and miss some cases, he said “it would also catch asymptomatic cases that might have otherwise gone undetected,” which would help stop the spread of the virus.

Dr. Ashleigh Tuite, an epidemiologist at the University of Toronto, said that the decision not to approve at-home test was “paternalistic” on the part of Health Canada and indicated a lack of trust in the public.

“I think throughout this pandemic there’s been a lot of pushback where, in terms of interventions that could help, they were seen from the medical community that the public won’t know how to use it properly,” she said.

Dr. Tuite said that the same kind of reaction occurred at the start of the pandemic with regards to masks, when medical experts were concerned that people were not going to put their masks on and take them off safely, or that they would touch their faces more. Those concerns “have not borne out,” she said.

“I think there’s something similar happening with the idea of these at-home tests, the concern that if you put the technology in the hands of the general public, they’re going to misuse it, or they’re not going to understand how to use it,” Dr. Tuite said. “But I don’t think that’s a fair judgment.”

She said that Health Canada’s concern that at-home testing would make it more difficult to track where positive results are occurring could be addressed with public-education efforts.

“There needs to be education, and so I think the messaging would be, ’If you have a positive test, you need to isolate immediately, and you should go get a PCR test.’” 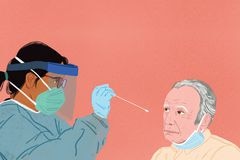 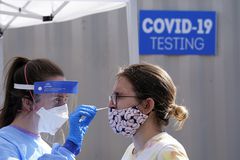