If you were to catch a glimpse of Kate Michalska’s sheep while driving by her Kingston-area farm, you might remark on their unusually long, black-and-white coats. You probably wouldn’t realize you were seeing the equivalent of a historical photo come to life.

Back in the late 1800s and early 1900s, these Lincoln longwools were common on family farms because they served a dual purpose: providing both meat and wool. They were also hardy enough to survive Canadian winters. Today, there are thought to be fewer than 100 left in the country.

The Michalska farm is one of a few hundred small farms joined in a grassroots effort to protect and raise rare breeds of cattle, sheep, pigs and other farm animals that have been shut out of large commercial livestock production. The gene pool of purebred farm animals is narrowing as animals are chosen to be fast-growing meat producers or for other marketable traits.

But Ms. Michalska’s efforts to preserve the breed aren’t only rooted in nostalgia – they could have a larger impact on Canada’s food supply.

Experts say preserving the gene pool of heritage breeds may provide a safety net of genetics possibly better adapted to climate change, resistant to diseases or with some other trait needed in the agricultural future.

“We can’t predict what’s going to happen tomorrow,” says biologist Carl Lessard, curator of the federal government’s Canadian Animal Genetic Resources (CAGR) program in Saskatchewan, who is working to preserve these genetics. “It’s like owning a car right now. If you don’t have insurance and you have an accident tomorrow, you can lose everything.”

In 2007, Canada was one of 109 countries to sign the Interlaken Declaration on Animal Genetic Resources, an agreement to protect the world’s livestock biodiversity for future generations. While livestock are being selected for marketable traits, scientists are worried about the genetics being lost, and the importance these could have in the future of farming. That’s why the genes are being collected while there are still living animals to collect from.

Currently, more than 250,000 doses of semen, embryos and gonadal tissue sit frozen in liquid nitrogen in the CAGR’s gene bank in Saskatoon. The CAGR is a joint initiative of the federal government’s Agriculture and Agri-Food Canada and the University of Saskatchewan that preserves livestock genetics, including rare breeds.

“We will try to make sure that we can regenerate a breed if it is required tomorrow,” Dr. Lessard says.

In the gene bank sit large liquid-nitrogen vaults, marked for the particular species of animal it stores. This collection has been growing since 2006.

If the environment changes, Dr. Lessard explains, Canada may need to bring back livestock with traits adapted to these conditions. In a case where climate change affects crop production and the growth of grass, you would then need an animal less dependent on large quantities of these foods. If the temperature increases, it can reduce the fertility rate of some animals, he says, and we’ll need to find breeds that can withstand hotter weather.

Finding a breed with a resistance to diseases usually treated by antibiotics is another possibility, Dr. Lessard says.

“If it has the specific resistance to the disease, it will help us to removing completely the antibiotic in the animal-production system.”

Dr. Lessard doesn’t know yet if any of the stored genetics have these traits, but keeping a wide pool of individuals gives the best chance.

But these samples need to come from animals on the ground. That’s where farmers such as Kate Michalska come in.

At their Eastern Ontario farm, Ms. Michalska and her husband, Andrew Michalski, bought their Lincoln longwool sheep in the late nineties, a few years before they both retired. Kate loves to spin and knit the wool in the top floor of their farmhouse. Andrew later met Toronto-based actor Rob Torr, who was fascinated by Lynch linebacks, a relatively new kind of cattle that had been selectively bred for about 50 years in Southern Ontario and appeared on its way to becoming a new breed. Together they started raising Lynch linebacks, Mr. Torr driving out to the farm at every opportunity.

Then, last summer, they invited Dr. Lessard’s team to come collect the semen of a Lynch lineback bull on their farm, and store the genetic material.

None of the three farmers consider their wool and meat production from these rare breeds a lucrative business. They have other goals.

“I think I’m really afraid of extinction, is really what it comes down to,” Mr. Torr said.

In Barrhead, Alta., Walter and Marjorie Preugschas, the last known producers of pure Lacombe pigs, are retiring their small pig farm this spring. Lacombes were first developed in the town of Lacombe, Alta., and released to the public in 1958. Mr. Preugschas father was one of the first to produce the breed. Now, after two generations, Mr. Preugschas says his son won’t be carrying on the farm. On the year of the breed’s 60th anniversary, the last pure Lacombe is heading for slaughter. “I feel sad about it, but I don’t have much choice,” Mr. Preugschas said. “There’s nobody else.”

He has been working with Dr. Lessard to preserve both the semen and the embryos of the pigs for a chance to one day bring them back. In the future, if a breeder were interested in reviving the breed, CAGR would send genetic material (sperm cells or embryos) of the Lacombe breed to them. It would then be possible to insert an embryo into an unrelated pig or use semen in a breeding strategy to bring back the Lacombe pig.

Any of the farmers will happily discuss the traits they like about their rare breeds. Ms. Michalska says Lincoln longwool sheep make great hats and rugs and, since they grow more slowly, their meat tastes better. Mr. Michalski and Mr. Torr say Lynch linebacks have a good amount of milk and meat with each cow, and that this kind of dual purpose is usually only found among the heritage breeds. Mr. Preugschas says his Lacombe pigs are fast-growing and have strong piglets. But they could also have yet undiscovered traits.

Back on the farm near Kingston, there’s hope to grow the herds and flocks. Mr. Torr says there’s interest in Lynch lineback cattle in Western Canada, but first they need to increase the numbers on Southern and Eastern Ontario farms. He sees his animals as a safeguard.

“We’re the bank then,” Mr. Torr says. “Because our stock is on the ground. And it’s living.” 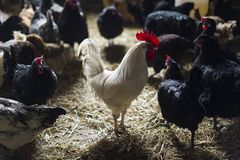 Wearable devices for cows the next level in precision farming
December 3, 2015 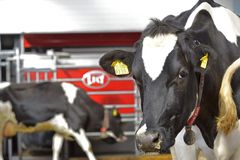 Veterinary students rallied to rescue their class cows − then they discovered they’d been sold to a veal farmer
April 15, 2018 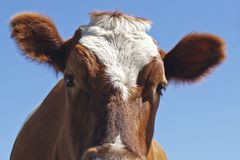