One member of the Thunder Bay police board has been removed by the province and the mayor is facing calls to resign from that body for playing down the impact of racism in the city in the wake of official reports identifying widespread discrimination against Indigenous people.

The latest turmoil on the police services board is an obstacle in Thunder Bay’s recent efforts to combat racism, and comes just months after the civilian oversight body was disbanded after a report from Senator Murray Sinclair accused it of “willful blindness” toward the challenges faced by First Nations residents.

On Friday, Ontario’s Solicitor-General Sylvia Jones announced that lawyer John Cyr would be pulled from the board just days after his swearing-in for a letter he wrote to the local newspaper in 2017 defending Senator Lynn Beyak. Ms. Beyak has been accused of racism for saying that some good came out of Canada’s residential schools, and was recently suspended from the Senate for refusing to take down letters it said contained “racist content” from her website.

In a statement, Marion Ringuette, a spokeswoman for Ms. Jones, said: “As soon as we became aware of Mr. Cyr’s past views, the government acted to remove Mr. Cyr from the Thunder Bay Police Services Board.”

Two years ago, Mr. Cyr called Ms. Beyak’s position on residential schools “balanced and thoughtful,” although in an interview this week, he denounced the content of the letters on her website.

Meanwhile, Mayor Bill Mauro is facing calls to step down from the board for two separate reasons. Peter Collins, chief of the neighbouring Fort William First Nation, said in a statement last week that the mayor should quit because of his reluctance to acknowledge systemic racism in Thunder Bay. At a town-hall-style event earlier this month, Mr. Mauro said reports of local racism by Mr. Sinclair and others drive him “insane” and argued that “we all have the same problems, pretty much.”

The mayor’s comments prompted Vincent Simon, a long-time member of the city’s anti-racism committee, to resign from his post last week.

In an interview Tuesday, police services board chair Celina Reitberger also called for the mayor’s departure from the board. She cited a conflict of interest involving his brother, Jim Mauro, former head of the Thunder Bay police association, who in 2006 placed a prank 911 call in which he impersonated a First Nations woman, leading to his four-day suspension from the force.

“As long as this conflict, or this appearance of conflict, exists, the mayor should step down,” she said. “Even if there is nothing untoward going on, people from the outside looking in would find that troubling, I think.”

“The mayor has stirred up a hornet’s nest with his comments,” said Ms. Reitberger, the city’s first Indigenous police board chair. “The First Nations people who live to the south of the city and have been very hopeful that we’re moving forward – they’re getting tired of it.”

Through a spokesperson, Mr. Mauro declined to be interviewed, but said in a statement: “I acknowledge that there are a large number of people whose experience in Thunder Bay is not a good one. I am 6 months or so into my term, and I will continue to work hard to make our City a better place for all citizens."

This week’s upheaval continues a tumultuous year for the police services board. Last December, Mr. Sinclair released a report for the Ontario Civilian Police Commission recommending the board’s temporary dissolution and accusing it of ignoring racism on the police force it was charged with overseeing.

“The Board has failed to recognize and address the clear and indisputable pattern of violence and systemic racism against Indigenous people in Thunder Bay,” he wrote. “An unacceptable status quo is viewed as the normal state of affairs.”

That report triggered the appointment of an administrator to temporarily carry out the board’s functions, and its reconstitution with a combination of old and new members, all of whom were required to take cultural-sensitivity training.

Mr. Mauro has resisted much of this process, which was set in motion because the commission deemed the board’s failure to be an “emergency.” He argued that the appointment of an administrator silenced the community’s voice, and later failed to attend the board’s formal apology to the Thunder Bay community in January.

Local Indigenous leaders have also bristled at some of the steps that emerged from Mr. Sinclair’s report, although they welcomed its main findings. Alvin Fiddler, Grand Chief of the Nishnawbe Aski Nation, a political organization representing 49 Northern Ontario First Nations, objected to the appointment of lawyer Thomas Lockwood as board administrator without consulting the Thunder Bay Indigenous community.

Mr. Fiddler said he was also dismayed by Mr. Cyr’s appointment, however brief, and said he has offered to provide a list of suitable replacements to the Solicitor-General.

“I think it was a shock to many of us who have been actively campaigning for Senator Beyak’s resignation – and the fact that this Thunder Bay lawyer had written a letter of support and then been appointed to the police services board two years later,” the Grand Chief said. 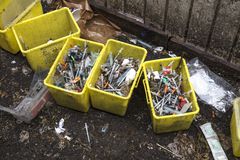 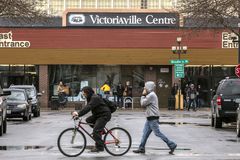 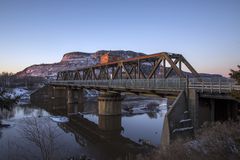