At a press conference this week, François Legault had good news for Quebeckers tired of the coronavirus pandemic. The province is “winning the battle of the second wave,” the Premier said.

For Canadians used to hearing dire news out of Quebec, where COVID-19 has hit harder than anywhere else in the country, the assertion may have sounded surprising, not to say doubtful.

But Mr. Legault was not making an idle boast. Since the beginning of October, when the government imposed strict limits on public gatherings and private social activity in an effort to stop runaway infections, the province’s daily toll of new cases has more or less plateaued. Although Quebec still reports more than 1,000 new cases most days, it has also avoided the exponential growth that threatened in September and saved the health care system for now, without gutting the economy or closing schools.

The Legault government may not have won the battle of the second wave, but it has arguably fought it to a draw.

As more provinces approach the cliff that Quebec was peering over, Canada’s COVID cautionary tale may suddenly have lessons to offer the rest of the country.

“That’s our country for you,” said Pierre-Carl Michaud, economics professor at the business school HEC Montréal. “We have a packet of experiments, and we can try to find the best recipe.”

The picture looked very different this spring. Thanks in part to lax staffing practices and a desperate urge to protect hospitals, Quebec’s long-term care homes were devastated by COVID-19 in April and May. Thousands of elderly residents died and the province was left with one of the world’s highest mortality rates. To this day, Quebec accounts for more than 6,500 of Canada’s roughly 11,000 coronavirus deaths.

When Quebec faced a surge of cases in September and once again led the country in infections, it looked like déjà vu. Health Minister Christian Dubé openly wondered whether the province’s “Latin side” was to blame for the province’s greater laxity in observing public-health guidelines.

Today, however, Quebec doesn’t look so bleakly exceptional. The Prairie provinces have all surpassed its rate of active cases per capita, while Ontario and B.C. are fast catching up.

The province looks even better compared to Europe and the United States.

Quebec has avoided disaster through a long, hard season of social confinement that has nevertheless allowed most economic activity to continue. To slow the virus, Mr. Legault declared a kind of mini-lockdown across much of the province starting on Oct. 1, which expanded as cases spread to regions outside of Quebec City and Montreal.

In “red zones,” bars and restaurants were closed (except for takeout), along with gyms, movie theatres and museums. Private gatherings between most households were banned on pain of a $1,000 fine, and recreational team sports were also forbidden.

Shops and offices were allowed to remain open, however, and schools continued to hold in-person lessons with masks required only in high-school classrooms.

These limited restrictions – targeting businesses where large groups gather – have not succeeded in bringing Quebec’s case count down. But they have prevented the health care system from being swamped.

Hospitalizations have grown much more gradually in the past month – from about 500 to about 650 – than they did in the previous month, when the number of COVID-19 patients in hospital roughly quadrupled. The health system is also far less overburdened by the virus than it was in the spring, when Quebec saw hundreds of cases in intensive care alone.

Vinh-Kim Nguyen, a doctor at the Jewish General Hospital in Montreal and the Hôpital de la Tour in Geneva, said Quebec’s approach has been a tentative success, especially compared with European countries such as Switzerland, where he is based.

“It seems to have worked so far,” Dr. Nguyen said. “The cases are creeping up, but in my [Montreal] hospital we only have 18 [COVID-19] patients.” At the height of the spring wave, on May 8, the Jewish General had 169 COVID-19 patients.

The economic cost of Quebec’s partial shutdown is not yet fully known, but evidence suggests it will be far less steep than earlier in the year. Eric Girard, Quebec’s Finance Minister, recently estimated that while 40 per cent of the economy was effectively shut down by the province’s spring quarantine, less than five per cent has been shuttered this fall.

For sectors that have been affected more sharply, meanwhile, the provincial government offered $100-million in emergency aid. Restaurants were eligible to be reimbursed for 80 per cent of their fixed costs such as rent and insurance payments, up to $15,000, though industry groups have complained that the money has been slow to roll out.

Retail has been untouched by the government’s measures, however, and economic animal spirits seem to have found an outlet there, said Prof. Michaud. “People are buying, buying, buying … I’ve never seen malls so full.”

All is not well, of course, in a province whose plateau remains uncomfortably high and unsteady. The Legault government is now considering closing schools for an extended winter break after cases spiked sharply in early November, before subsiding again in recent days.

Although the province originally envisioned 28 days of social lockdown in October, it will not be able to seriously loosen restrictions for three or four months at this rate, said Benoît Mâsse, a professor of public health at the University of Montreal.

Experts have been particularly critical of Quebec’s system of testing and tracing contacts, which was slow to ramp up in response to the pandemic’s second wave. Improving the system now in the midst of that wave is overdue and more difficult as a result, Dr. Mâsse said. “It’s like changing the wings of a plane in mid-flight.”

Too much of the province’s system still consists of “passive” testing, meaning tests sought by members of the public, argued Dick Menzies, an epidemiologist and director of the McGill International TB Centre. He would like to see more “active” and systematic regular testing of high-risk individuals such as health care workers.

As Christmas approaches, the government appears confident in the province’s situation. This week, the Premier announced a temporary relaxation of private gathering rules between Dec. 24 and 27, when get-togethers of up to 10 people will be allowed, while urging Quebeckers to isolate for a week before and after their holiday parties.

Even if Quebec is “winning” the fight against COVID-19, for now, victory against the virus is never complete. The INESSS, an institute that monitors the performance of the Quebec health care network, has projected that the virus could overwhelm hospital-bed capacity outside of the Montreal area in the next month because of outbreaks in long-term care homes. Meanwhile, the government has extended its partial lockdown across much of the province until Jan. 11.

As the Prairie provinces are finding this month, and as Quebec has learned before, cases can rise sharply with no warning.

“What I’ve learned about pandemics is you have to be very humble,” Dr. Nguyen said. “There’s no mission-accomplished moment.” 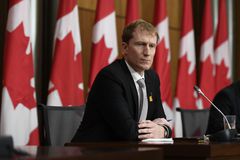 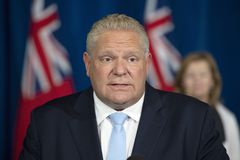