In a digital version of broken telephone, the debunked claim that illicit cannabis is now being laced with deadly fentanyl has travelled to the White House from a Vancouver police press release put out four years ago.

Twice in the past month, the U.S. federal opioids czar Kellyanne Conway has parroted this claim: during a March 1 panel at the Conservative Political Action Conference in National Harbour, Md., and, again, two weeks ago in a press briefing on the continuing overdose crisis.

“Fentanyl is an instant killer and a tiny little grain of it can wipe us out – a little, little grain – and it’s being laced into marijuana, heroin, meth, cocaine and street drugs,” Ms. Conway told a packed crowd at the annual conference of right-wing activists and politicians.

Authorities in a number of jurisdictions across North America, including Vancouver in 2015, have had to correct similar claims in recent years after being challenged by experts or the news media.

The synthetic opioid has been found contaminating the illicit heroin supply in both the United States and Canada, as well as, to a lesser extent, cocaine and methamphetamine. And while individual users could possibly be adding the opioid to their own cannabis, there are no credible reports of this happening on a widespread scale, according to experts.

Opioids, including prescription painkillers, heroin and fentanyl, were involved in a record 47,600 overdose deaths in 2017 in the United States, according to the U.S. Centers for Disease Control and Prevention.

M-J Milloy, an infectious-disease epidemiologist at the BC Centre on Substance Use, said it is concerning that the White House is repeating this “urban legend” in the midst of a continuing national public health emergency, especially since early research is showing cannabis may be a “gateway drug” to help people to wean themselves off deadly opioids.

“What we should be doing is trying to investigate and promote the use of cannabis as harm reduction rather than allow people to think that cannabis might be contaminated with fentanyl,” Dr. Milloy said.

He added that there is no incentive for cannabis dealers to add the drug to their products because it takes away from their bottom line.

“Typically drugs are cut to increase the value to traffickers, whereas cutting cannabis with fentanyl would reduce the [profit for] that cannabis: it would make it more expensive for them to produce,” he said.

A spokesperson for Ms. Conway told The Globe and Mail last week that her claim was based on remarks made in 2018 by the director of the government-funded National Institute on Drug Abuse (NIDA).

During a panel at the Politico Pro 2018 Summit in Washington, NIDA director Nora Volkow said: “Fentanyl is being used to lace a wide variety of drugs, including marijuana."

A spokesperson for NIDA told The Globe that Dr. Volkow’s comments were based on police reports “over the past several years," but only cited a March, 2015, Vancouver Police Department (VPD) news release detailing a massive fentanyl drug bust.

Touting the results of this regional investigation, the release stated “fentanyl-laced marijuana, heroin, oxycodone and other party drugs have resulted in the deaths of many occasional drug users.”

Contacted last week, VPD Sergeant Jason Robillard said in an e-mailed statement that the department’s original claim was “an inaccuracy.” “The VPD has not come across marijuana laced with fentanyl,” he said.

After The Globe contacted the department, a correction was added to the middle of the online release that stated: “EDIT: The VPD has not come across marijuana laced with fentanyl – there was an inaccuracy in this news release, which we later corrected.”

Several months after the VPD made its inaccurate fentanyl claim, its gang squad walked back a warning to parents over Twitter to stop their children from consuming a concentrated form of cannabis known as shatter that it said was leading to young people fatally overdosing. The unit’s assertion was never proved and experts agreed it is extremely unlikely that anyone could die from consuming cannabis, however potent the product.

A week later, the department issued a correction saying: “While well-intentioned, our tweets about Shatter weren’t accurate & have been deleted. Our apologies. We will do better in future." 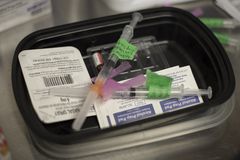 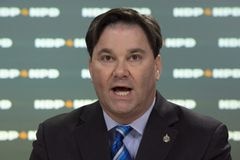 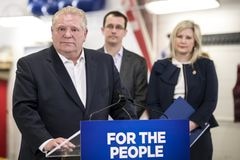