Photography and video by Chad Hipolito/The Globe and Mail

Cassy Emerson owns Youbou’s only coffee house, a gathering place for locals and visitors. It’s a good place to catch a glimpse of the local celebrities – a gang of hulking, male Roosevelt elk who have given up the forest life for the comforts of this B.C. town.

Mostly the elk are a welcome sight and locals have even named them and catalogued their unique personalities. Sometimes, though, they can be a pain.

Ms. Emerson recalls the day that one of the bull elk, with an imposing rack of antlers, trapped a liquor inspector inside her café. “He came right to the door, and he was licking the window,” she said. “He wanted in, basically.” The inspector had to leave by a back door and then climb into his vehicle from the passenger side. 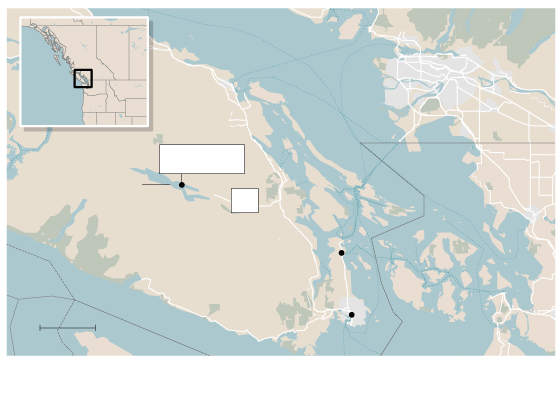 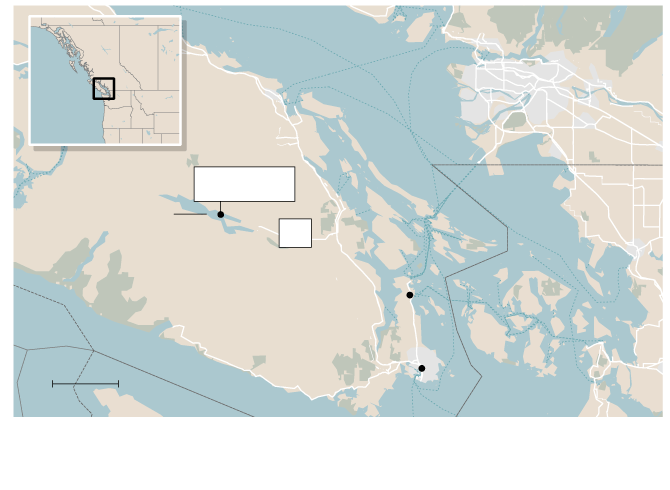 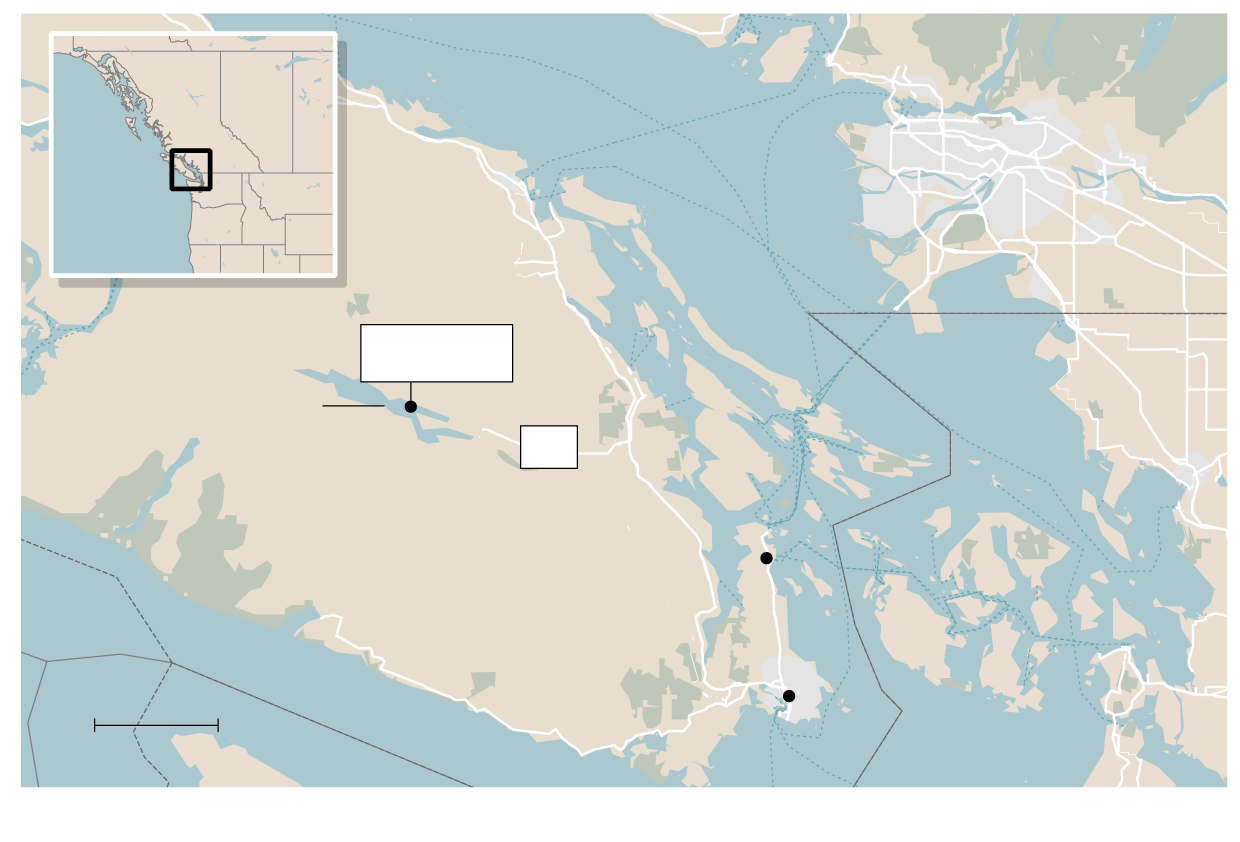 In the former logging town on the north shore of Vancouver Island’s Cowichan Lake, Bob, Henry and their three pals can be found lounging in driveways, sauntering down the middle of the road or visiting local shops. It gets exciting – and potentially dangerous – when fall brings on the rutting season for Roosevelt elk, when lustful males weighing up to 500 kilograms battle for breeding rights.

Given their status around town, one might think there was an abundance of such elk in the area, but in reality, this important species is in need of protection.

Canada’s biodiversity is shrinking – and Roosevelt elk are an important indicator of the health of the ecosystem. They once ranged extensively along B.C.’s South Coast, and were an important part of Indigenous culture and sustenance prior to European contact. By the 1880s, however, the elk were almost wiped out because of hunting and expanding human settlements.

Vancouver Island is the last remaining stronghold of Roosevelt elk in Canada, but logging and poaching threaten their future. Careful stewardship has shown, however, that there is reason for hope. Today, the elk are still vulnerable to extinction, but conservation efforts have stabilized the population so that there are currently an estimated 7,000 Roosevelt elk in B.C.

The bull’s distinctive bugle call – a cross between a whistle and roar – is by now a familiar sound for Youbou residents, but that wasn’t always the case.

“The first time I heard [a bugle], I didn’t know what it was – I thought it was someone in trouble,” said Rose Steven, who has lived in Youbou for 30 years.

Ms. Steven owns the Shop and Save general store, and is resigned to the fact that she can’t keep a garden, because the elk tenaciously dined out on her plants. “The other day, people couldn’t get out of my store because Bob, he was right there at the door, like a trick-or-treater.”

Wendy Stokes introduces herself as the Elk Lady of Youbou. She informally keeps tabs on the local population, and has cellphone numbers for the local conservation officers for when there is trouble.

Bob will come when she calls. “He’ll come over and will stick his head right in my car, slobber on my face and try to take my cellphone,” Stokes said. She cautions against approaching the elk, though – she’s seen visitors posing for selfies with the elk, failing to respect that they are still large wild animals that should not be cornered. She’s worried that someone will get hurt – and the elk will pay the price.

Ms. Stokes moved to Youbou as a teenager, and is now in her 60s. The elk used to stay hidden in the surrounding forests, but began to appear in town 11 years ago after the sawmill – the main employer in town – closed in 2001. The elementary school closed next, because there weren’t enough young families left to fill the classrooms. The town got quieter.

“Bob moved in first,” Ms. Stokes recalled. Henry – who locals describe as “a bugger,” or worse – was next to settle in, and then three more bulls showed up, forming a bachelor herd.

“When the rut is on, they’re fighting each other to the death,” she said. “And when the rut is finished, [then] they’re laying side by side, chewing their cud.”

She knows that not everyone in town appreciates the elk, but she marvels at their presence. “They’re massively beautiful, and they walk the streets like they’re just proud.”

When a vehicle collides with an elk around Youbou, the wreck usually ends up at the town’s gas station, Daly’s Auto.

Elk pose a risk to human safety when pushed into habitats next to highways and roads. They can also cause damage to agricultural crops, ornamental gardens, golf courses and replanted forests.

David Sutfin, a mechanic at Daly’s Auto, isn’t enamoured with the resident elk – or the way some people interact with them. “Even during the rut, people are still trying to go and pet them and take pictures. They’ve chased people down the road,” he said.

The province grants about 200 permits each year to B.C. residents to hunt Roosevelt elk. There are usually 15,000 applications, so the permits are granted by lottery. Mr. Sutfin won a permit last year, and shot an elk for the meat.

The elk in the forest are elusive, he said, nothing like the gregarious crew in town that have come to regard local residents as a source of snacks.

The province’s management plan includes limited hunting opportunities for both resident hunters and Indigenous communities. But this year, 20 Roosevelt elk in the region were reportedly killed by poachers. Some, such as a cow found at the abandoned Youbou mill site in early November, were shot and left whole. Another three were unlawfully killed in the Lake Cowichan area in December, mostly left to waste.

Sergeant Scott Norris of B.C.’s Conservation Officer Service said poaching puts a carefully managed hunt at risk: “When people are taking elk outside of … sustainable harvest methods, that has a potential long-term impact on the population.”

Canada has 139 species of wildlife at risk, according to the World Wildlife Fund’s 2020 Living Planet report. “Since 1970, populations of Canadian species assessed as at risk nationally have plunged by an average of 59 per cent,” the report says. “Clearly, Canada still has some work to do.”

Roosevelt elk can be seen as a test of Canada’s willingness to commit to the habitat restoration that the WWF says is desperately needed. The elk play an important ecological role in their habitat, as prey for wolves, black bears and cougars, and their foraging reshapes the forests and rivers around them. They thrive in coastal, old-growth forests – which also happen to be prime logging territory.

The B.C. government’s 2015 management plan for Roosevelt elk set a goal to get them off the provincial “blue list” of species of concern. Five years later, the population is stable, but their numbers are not yet healthy enough to remove them from the list.

The Nuu-chah-nulth people of the west coast of Vancouver Island have a term that lines up well with the idea of biodiversity: “hišuk ma c̓awak,” which means “everything is one and everything is connected.”

They are seeking to restore that connection with the Roosevelt elk that have disappeared from many parts of their territory. In February, 2019, 12 Roosevelt elk from a healthy population located on the north end of Vancouver Island were released in the Hucuktlis Lake watershed, a steep, narrow and remote valley in the Clayoquot Land District.

The Uchucklesaht tribe – one of the Nuu-chah-nulth nations – led the effort, with the goal of restoring an important part of the ecosystem that disappeared a generation ago. This past November, Ryan Anaka, the tribe’s manager of land and resources, checked his wildlife cameras and discovered a fourth calf had arrived, bringing the size of the herd to 16.

“These elk are very important to the nation [and] to the elders,” Mr. Anaka said. “We’re hoping that we can grow a herd sustainably enough that we get back to the traditional roots, to teach people how to harvest and enjoy the elk.”

That’s still a long way off, but already he can see the landscape changing as the elk settle in. In little more than a year, the Hucuktlis herd has established trails through dense undergrowth, and their foraging is helping renew the once heavily logged area.

“It’s plain as day,” Mr. Anaka said. “You can see the trails through the river where they walk back and forth, and you can see the changes in the estuary where they’re eating sedges. They are reintroducing nutrients to the riverbanks and the forest because their droppings are everywhere.

“They are an important part of the of the ecosystem,” he continued. “Everything is interconnected.”

Elk town: A view from Youbou

Meet the Roosevelt elk who call Youbou home, and 'Elk Lady' Wendy Stokes, who keep tabs on them.