B.C.’s Provincial Health Officer is taking control of staffing at nursing homes in the Vancouver area for the next six months, a measure that she says will ensure employees in the ravaged sector are guaranteed equal pay and restricted to working at just one location.

The COVID-19 pandemic has now reached 19 long-term care homes in and around Vancouver, while about half of the 24 people who have died in the province were living in nursing homes when they were infected. Nearly 200 of these homes across British Columbia are funded by the province, but are run by a mix of for-profit, non-profit and government operators that either hire staff in-house or contract out various services to other firms.

In an effort to mitigate the spread of COVID-19 by workers, Bonnie Henry, the province’s top health official, said B.C. is centralizing staffing, focusing first on the Lower Mainland, where need is greatest.

“This is an extraordinary time and this is a very important measure,” Dr. Henry said during a daily media briefing. “The challenge has been to try to track health-care workers, and as we know many work across facilities."

Dr. Henry had already issued an order restricting workers at long-term care homes to one facility only, with many dietary and care aides previously having to cobble together a living by working at multiple sites.

"They will all be at the same rate, and there will be a central assigning body that works essentially under my direction under the order to ensure that each facility has sufficient staff,” she said.

Dr. Henry said after the six months are up, she hopes for an official review into whether equal pay and a uniform work force in the sector is needed.

Health Minister Adrian Dix added: “It certainly won’t be the only issue reviewed, but it will be one of the issues reviewed, yes.”

B.C.'s Seniors Advocate has said subcontracting at nursing homes in and around Vancouver has made it more difficult for these facilities facing COVID-19 outbreaks to track down and communicate with staff.

Seniors advocate Isobel Mackenzie told The Globe and Mail this weekend that it is too early to analyze or criticize how the government and the sector have responded to the novel coronavirus, but the use of subcontracting in the sector has hurt – not helped.

That’s because management at a facility that contracts out jobs such as housekeeping, dietary or care aides have a harder time communicating to workers that a colleague at their nursing home has tested positive for the highly infectious virus.

“All of that takes time and here is an example of how – when we don’t have time – we have been frustrated by that,” said Ms. Mackenzie, who reports to the Health Ministry. “Subcontracting is presenting challenges over who directs the employee; who is the employer; what is the responsibility of the employer.”

In contrast, a nursing home that hires for those positions in-house already has a list handy of all employees and their personal details, she said.

A Globe investigation into the North Vancouver nursing home that had Canada’s first confirmed death from the virus found workers and patients’ families described an understaffed facility that delayed communication with employees at the outset of an outbreak.

Ms. Mackenzie, who was appointed six years ago by the previous provincial Liberal government, said she was not “jumping up and down in 2003,” when the legislation was passed allowing nursing-home operators to move away from unionized housekeepers, dietary aides and care aides to hire private firms that provided these services.

She said a postmortem of the sector’s response will likely find a standardized approach to just one employer hiring all the workers at a facility, whether unionized or not, is preferable to the current system.

Daniel Fontaine, chief executive officer of the BC Care Providers Association, which represents about 340 non-government operators around the province, disagreed with this assessment, saying it was too early to make that assertion. He also questioned why the province’s second-biggest outbreak has occurred at Vancouver’s Haro Park Centre, a nursing home run by a non-profit organization with a fully unionized work force.

He said his members have serious reservations about the province centralizing staffing in the nursing-home sector and a simpler solution would be for the health authorities to work with the operators, whom officials know “on a first-name basis,” he said.

Editor’s note: An earlier version of this article incorrectly stated Vancouver's Haro Park Centre​ was run by the Vancouver Coastal Health authority. It is run by a non-profit society and regulated by the local health agency. 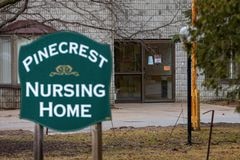 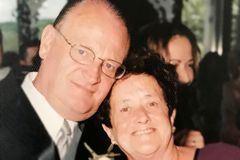 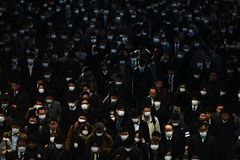