Two special advisers have been appointed by the British Columbia government to evaluate the Chilliwack Board of Education’s commitment to safety and inclusion in schools.

The province said the special advisers will determine if the actions of Chilliwack school trustees are consistent with the human rights of students and staff at schools in the district.

It said they will also review the board’s ability to provide a safe, welcoming and inclusive school community for everyone, regardless of their background, ability, sex, sexual orientation, or gender identity or expression.

The review comes less than a month after the B.C. School Trustees Association issued a statement that condemned “reprehensible comments” that included a slur against people with developmental disabilities in now-deleted social-media posts from trustee Barry Neufeld.

The government news release announcing the review makes no mention of Mr. Neufeld.

Asked for comment on the reason for the review, the Education Ministry sent an e-mail statement from Ms. Whiteside that said Mr. Neufeld’s “reprehensible comments have made it clear that he should not hold the role of school trustee and should not be in a school setting.”

“With Mr. Neufeld still sitting on the board and espousing his hateful views, students and staff are not able to learn in a safe and inclusive education system and that is unacceptable,” the statement said.

School trustees association president Stephanie Higginson said in a news release last month that it was not the first time Mr. Neufeld had used “hurtful language” that “reflects poorly” on his office.

“There is an extended pattern of abusive language that can no longer be excused as a simple slip-up,” she said in a statement on Nov. 27.

Ms. Higginson said she applauds the Chilliwack school board’s efforts earlier this year to censure Mr. Neufeld, while more than 21,500 people have signed an online petition launched in November calling for his removal as a trustee.

“Those who have worked with me for over 24 years know that I do believe in inclusion and a safe learning environment for all of our students,” he said in the statement. “They should be protected from all forms of bullying and intimidation.”

Mr. Neufeld said Tuesday he’s not anti-LGBTQ but he has some problems with the province’s latest curriculum covering sexuality and gender identity, which is known as SOGI 123.

“The media has exaggerated it to make it that I’m a homophobe. That’s not true.”

Asked if he had a message for students, staff and others who might have been offended by his use of a slur against people with developmental disabilities, he said, “No comment on that. It was not referring to students.”

He added, “After working with special-needs kids for over 25 years, I don’t think I’m a threat to any student.”

Board chair Willow Reichelt said the board censured Mr. Neufeld earlier this year for posting disparaging comments he reportedly made in May about Canada’s Chief Public Health Officer, Dr. Theresa Tam, to social media.

After those comments, Mr. Neufeld apologized at an online board meeting on May 12, saying: “I deeply regret and apologize for my recent comments on social media.”

Ms. Reichelt said Mr. Neufeld has been removed from all committees, has no school liaison duties and is not allowed to attend any events where staff and students are present.

He was recently censured again for allegedly revealing in-camera information, so he’s not allowed to attend such meetings until the end of the school year, she said. He was censured because his alleged behaviour was not consistent with the board’s code of ethics, she said.

Ms. Reichelt said she welcomes the review by the B.C. government.

“I’m really happy with the minister’s emphasis on human rights,” she said. “I really look forward to the report, I think it’s going to be thorough and hopefully we’ll have some recommendations on how to get this board to function a little better than it currently is.”

Ed Klettke, president of the Chilliwack Teachers’ Association, applauded the appointment of the special advisers.

He said the school board has often been in the news for controversial statements made by several trustees.

“This has affected teachers, students and the broader community in an extremely negative way,” he said in a statement.

The B.C. government has also directed Education Ministry staff to begin a review of the School Act to consider changes that would make sure the actions of elected trustees “support safe and inclusive schools.” 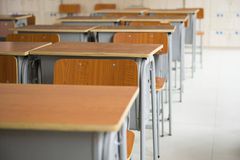 B.C. school trustee vows to stay following controversial LGBTQ remarks
January 20, 2018
Minister, board urge B.C. school trustee to resign over LGBTQ remarks
January 19, 2018
Report an error
Due to technical reasons, we have temporarily removed commenting from our articles. We hope to have this fixed soon. Thank you for your patience. If you are looking to give feedback on our new site, please send it along to feedback@globeandmail.com. If you want to write a letter to the editor, please forward to letters@globeandmail.com.
Comments