RCMP have laid second-degree murder charges against two B.C. teens in the death of a Vancouver man as they intensify a manhunt in Northern Manitoba for the two fugitives.

Kam McLeod, 19, and Bryer Schmegelsky, 18, are charged in the death of Leonard Dyck, 64. The two men are also suspects in the deaths of American Chynna Deese, 24, and her 23-year-old Australian boyfriend Lucas Fowler. Charges have not been laid in their deaths.

Police have increased their presence in Gillam, Man., where a burned-out vehicle has been found that they say was driven by the two men.

Ms. Deese and Mr. Fowler were found dead the morning of July 15 on the side of the highway connecting Northern B.C. with Yukon and Alaska. On Friday, the body of Mr. Dyck, a University of British Columbia lecturer, was discovered on a road 500 kilometres away, a short distance from a burned camper driven by the two suspects.

The teens are thought to have fled along northern highways through communities where they were served free coffee in one shop in British Columbia and caught on camera in a Co-Op store in Meadow Lake, Sask. before their vehicle was discovered in Manitoba.

On Tuesday, police reported the teen suspects had been seen in Gillam, Man. 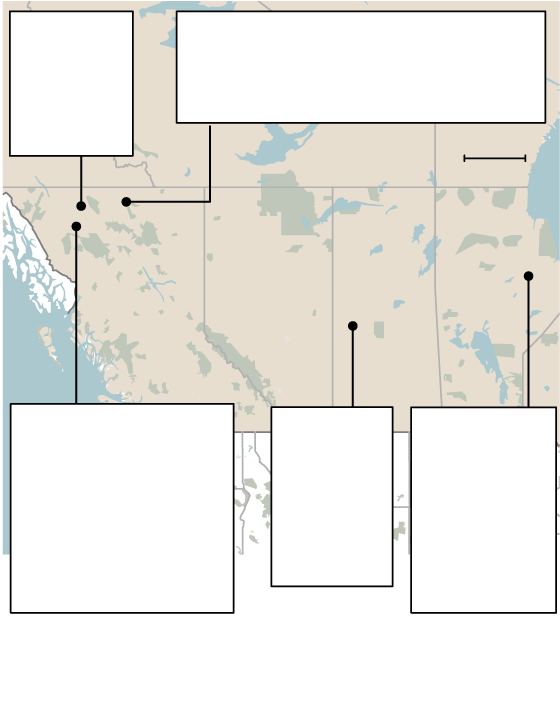 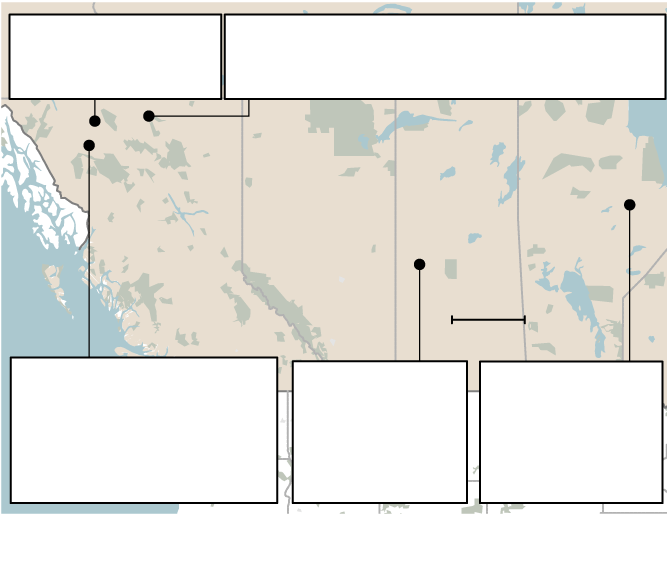 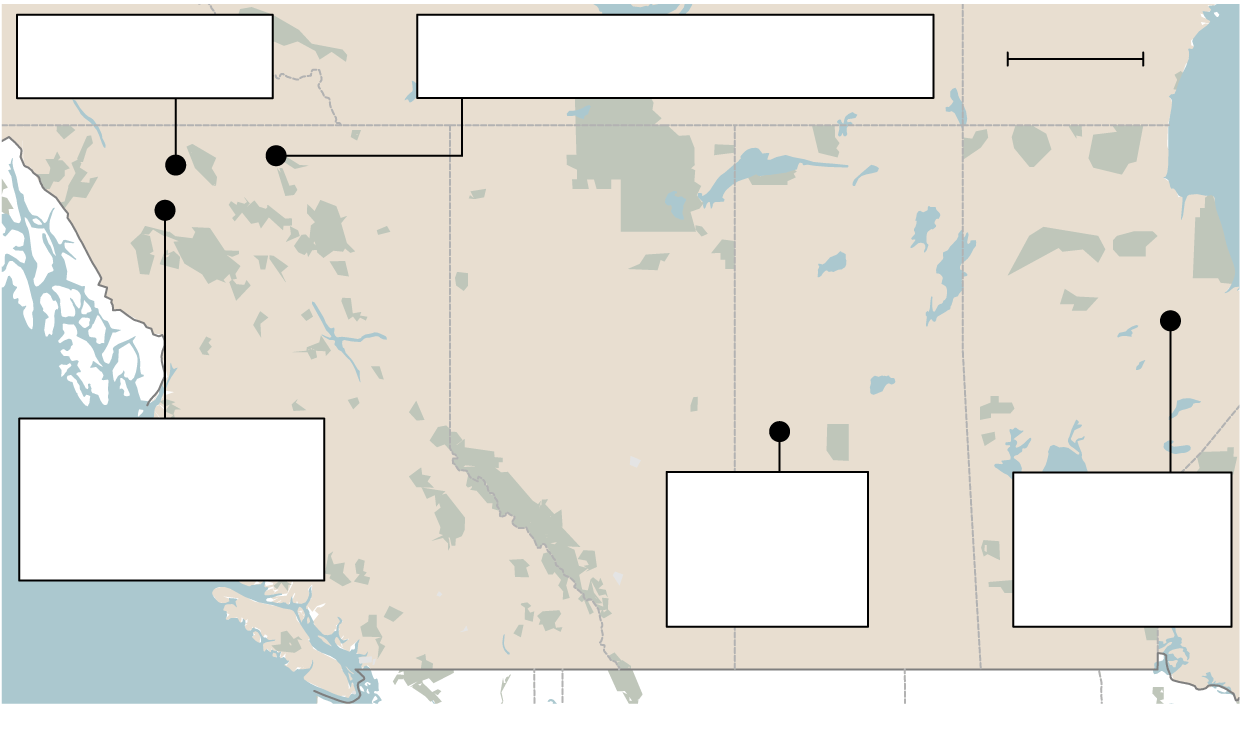 The events have worried people in Gillam and left Mr. Schmegelsky’s distraught father, Alan, convinced he is watching his son’s “suicide mission” play out in real time.

“He wants his pain to end," the elder Mr. Schmegelsky said in an interview with The Canadian Press, breaking down into tears.

“Basically, he’s going to be dead today or tomorrow. I know that. Rest in peace, Bryer. I love you. I’m so sorry all this had to happen.”

In a statement, UBC said Mr. Dyck was a sessional lecturer in the botany department.

“The UBC community is shocked and saddened by this news and we offer our deepest condolences to Mr. Dyck’s family, friends and his colleagues at the university,” Sean Graham, head of the botany department, said.

On Wednesday, the Mounties said they have placed “significant resources” in Gillam, a community 150 kilometres west of Hudson’s Bay accessible by a single road after the vehicle, a RAV 4, was found burned in brush just outside the community.

Echoing the warning of B.C. Mounties, Corporal Julie Courchaine told a news conference in Winnipeg that members of the public should not approach the suspects, but call 911.

Dwayne Forman, the mayor of Gillam, said Wednesday people are walking in groups, worried about their safety. Mr. Forman said there’s only one road into town so he cannot imagine how the fugitives would have gotten out. The area around Gillam, he said, is thick with swamp and heavily treed.

“The bugs are horrendous up here. The terrain is horrendous. If they are in the area, it’s going to be a tough trek for them.”

On Wednesday in Mill Bay, B.C., the elder Mr. Schmegelsky said he expects his son will likely die before he’s captured. If he doesn’t, he said, Bryer’s life is over.

“They’re going to go out in a blaze of glory. Trust me on this.”

The elder Schmegelsky said his son had a troubled upbringing. He struggled through his parents' acrimonious split in 2005 and his main influences became video games and YouTube.

Mr. Schmegelsky said he and his wife separated when their son was 5. She moved with the boy to the Vancouver Island community of Port Alberni, where he met Mr. McLeod in elementary school and they quickly became inseparable.

They were “everyday, good kids” who didn’t get into trouble, but his son had problems at home and, at 16, briefly moved to Victoria to live with him, Alan Schmegelsky said. The boy then returned to Port Alberni to live with his grandmother.

“He hasn’t been nurtured. He doesn’t have a driver’s licence. He never learned to ride a bike. He craved love and affection,” he said.

Nolan Hagen says he last saw Mr. Schmegelsky two weeks ago at a small house party in Port Alberni. He remembers the slim teen mostly keeping to himself but also playing some rounds of beer pong, a drinking game where ping pong balls are thrown across a table into cups.

“He wasn’t really talking to people, he was just standing by himself, but he wasn’t doing anything odd,” Mr. Hagen said.

Mr. Hagen only knew the young man through a friend and the odd time they would hang out in a group, Mr. Schmegelsky was known to spout off about Russian communism and Nazism.

"He was just always into the Russians and Nazis and stuff like that," Mr. Hagen said. "None of us took it seriously, we all thought it was just kind of a weird joke he had going."

Mr. Schmegelsky and Mr. McLeod have Facebook pages under their own names and both are linked to an account called “Illusive Gameing.” That username, with the misspelling, also shows up on YouTube, as well as video-game networks Twitch and Steam. The accounts share similar imagery and themes, including a communist icon, far-right politics, sexualized Japanese anime and the survivalist video game Rust.

The banner image for the Illusive Gameing YouTube account features a modified Soviet flag, but its profile picture is the heraldic eagle of Hitler’s Germany. The page was active as of six months ago.

Steam accounts linked to Mr. Schmegelsky and Mr. McLeod were last active a week before their truck was found on fire on B.C.'s Highway 37.

A Steam user told The Globe and Mail that he talked to Mr. Schmegelsky regularly online. He recalled Mr. McLeod joining their chats as well.

The user, whom The Globe is not identifying because he didn’t want to be associated with Mr. Schmegelsky, provided photos sent by an account believed to be owned by Mr. Schmegelsky, showing him in military fatigues, brandishing what appears to be an airsoft rifle – which fires plastic pellets. Another photo shows a swastika armband, and yet another features Mr. Schmegelsky in a gas mask. The photos were reportedly sent in the fall of 2018, but the user said he stopped playing online games with Mr. Schmegelsky earlier this year after he continued to praise Hitler’s Germany.

One account connected to the teens uses the logo of the Azov Battalion, a far-right Ukrainian militia that has been accused of harbouring sympathies to neo-Nazis. Another account claims to be located near Moscow, and belongs to several groups for fans of sexualized Japanese animation.

That account also used the heraldic eagle of the Nazis.

Members of the McLeod family have declined interviews, but in a statement, Keith McLeod said his son Kam is “a kind considerate, caring young man” who was “always concerned about other people’s feelings.”

“As we are trapped in our homes due to media people, we try to wrap our heads around what is happening and hope Kam will come home to us safely so we can all get to the bottom of this story.”

A knock on the door of the Port Alberni home Mr. Schmegelsky’s mother shares with his stepfather went unanswered late Wednesday afternoon.

Port Alberni City Councillor Cindy Solda said many in the tight-knit community are hoping that the two young men are captured alive and have some sort of explanation for the events of the past week.